Each year during the festive season, our homes get decorated with all manner of holiday greenery. Believe it or not, there are documented traditions of Christmas greenery that have been passed on through the years.

Whether it be holly and ivy, Christmas trees of fir or spruce, Mistletoe balls and sprigs, or other forms of holiday greenery, our homes seem to always get the extra decor.

Even the simplest traditions using Christmas greenery are steeped in years of history. Let’s dive in to the their origins! 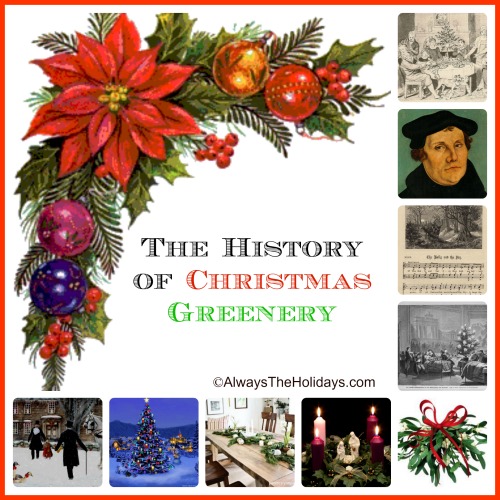 Many of our national days and current holidays, from New Years Day to Halloween and Christmas are steeped in historical tradition. Let’s find out why Christmas greenery is so popular.

What is the story behind Christmas greenery?

Did you know that when we trim your tree, and deck the halls, decorate our mailboxes, hang mistletoe for kisses, or adorn our mantles, we are drawing from folk lore traditions handed down from the early Druids, Romans and Christians?

Many of these early traditions were founded because the settlers believed in magical powers of the decorative elements.  Lucky for us, the magic lives on in the beauty and aroma of these greens, even if the meaning has been lost.

The history of the Christmas tree

The Christmas tree is perhaps the best known form of greenery, but is a relatively recent addition to the decorative tradition. The ancients thought of evergreens as the symbol of life since it was always green, even in the midst of winter. 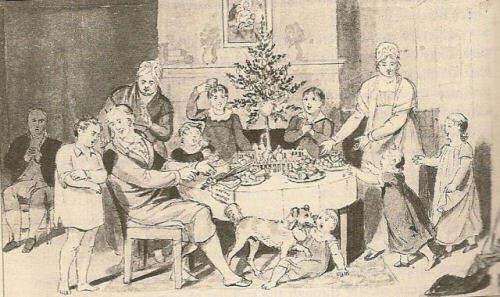 Image shared from The Victorian Times

The Romans decorated their houses with evergreen branches during the New Year, and inhabitants of northern Europe often cut evergreen trees and placed them in boxes inside their houses in wintertime.

Christians wanted to cut ties to Pagan rituals, so they banned these early rituals in the 6th century. It was not really until the 17th century that Christmas trees began to reemerge as a tradition. 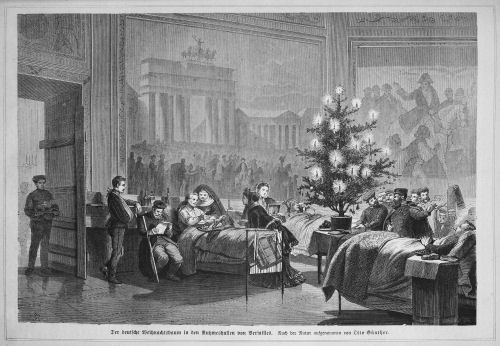 Legend has it that Martin Luther attached lighted candles to a small evergreen tree, trying to simulate the reflections of the starlit heaven and displayed it in his home. 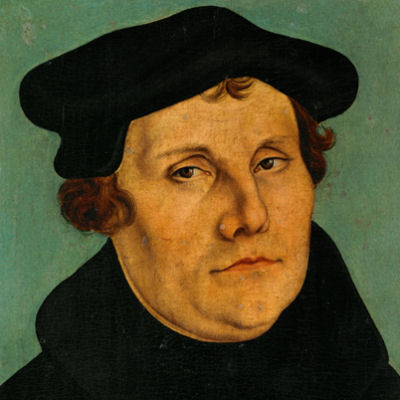 Today, Christmas trees are a prominent fixture in many homes, and the boughs of ever greens are also made into wreaths, garlands and mantle decorations, as well as inserted into all manner of festive decorations.

Many homes have sprigs of Mistletoe hanging in their homes as a means of encouraging people to kiss under it.  This practice dates back to Druid days when the parasite plant was considered sacred and another symbol of life. 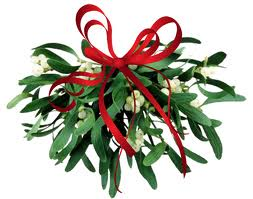 Kissing balls were also very prominent in 17th century Victorian times and all still used today.  To read more about the history of mistletoe, please see this article.

The Holly and The Ivy

“The holly and the ivy,
When they are both full grown
Of all the trees that are in the wood
The holly bears the crown.”

So go the first few lines of the famous Christmas carol, The Holly and The Ivy.  Holly has long been revered for its mysterious powers.

From ancient times, many primitive people would hang branches of holly above their doorways to entice woodland spirits into their homes during the winter solstice.

Image shared from The Hymns and Carols of Christmas

In later days, Christians started to embrace the lovely plant, and called it “holy” believing it emerged from Jesus’ footsteps as he walked the earth preaching the gospel.

And later still, the English believed that whoever brought holly into the house first would “wear the pants in the house that year.;”  (I have to remember to go get some holly soon!)

Being a cook, the tradition of using rosemary as a decor accent during the holidays appeals to me.  This idea goes back to the early days and appears to be connected to the Virgin Mary.  It was thought that rosemary would protect your from evil spirits. Rosemary is also called the friendship plant.   It was a common garnish on a boar’s head that the rich ate a their main meal during the middle ages. 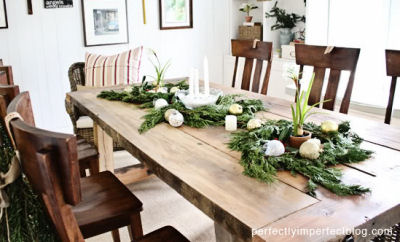 Rosemary is also known as the remembrance herb and is used at Christmas as this is the time that we remember the birth of Jesus.

The history of Christmas wreaths

If you drive through the suburbs during the holiday season, you will see home after home with front doors decorated with a Christmas wreath. 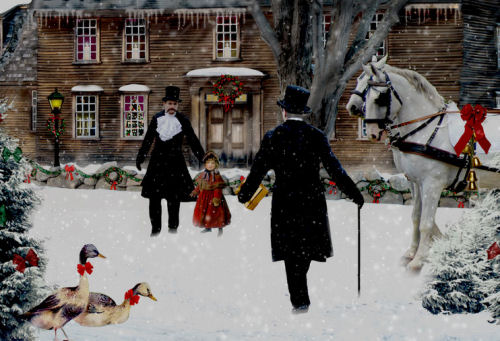 The art of hanging Christmas wreaths appears to have originated from the Romans who hung wreaths on their doors as a sign of victory and also to show their status in society.

Christmas wreaths as used according to the Catholic tradition had four candles – Three purple, symbolizing penance, and expectation, and one pink to represent the coming joy.

In addition to their significance in Christmas wreaths, the colors purple and pink also play an important part in two other holidays. Purple is a color of Mardi Gras and pink is a Valentine’s Day color.

On each of the 4 Sundays preceding Christmas day the 4 candles that were lit each Friday of Advent at dinner along with a prayer. 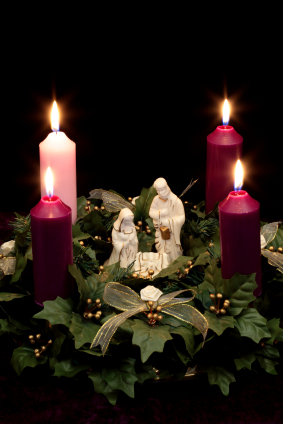 Image shared from About Religion

These Pagan wreaths were used in rituals to ensure the continuance of the circle of life.

One interesting fact about early wreaths is that they were used as we use house numbers. In the early days in Europe, people would identify their home by having a wreath with specific flowers, often grown by the owner themselves.

Poinsettias are another traditional Christmas plant. Their Christmas roots tie all the way back to an ancient Mexican legend about a little girl named Pepita. 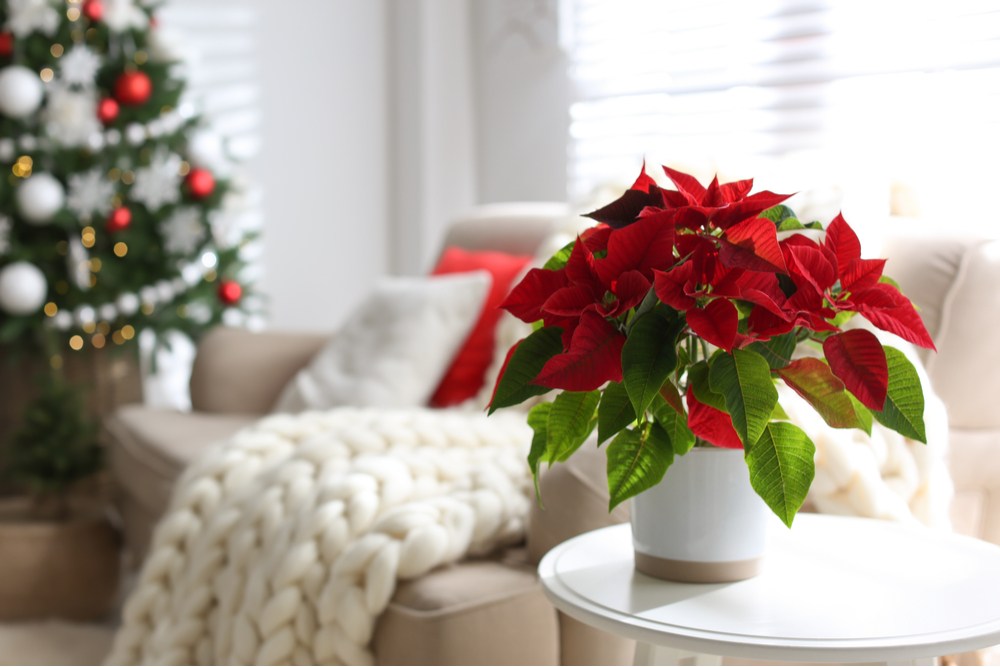 She wanted to give a gift to the baby Jesus on Christmas Eve, but she was poor, and didn’t have anything to give. Her cousin reminded her any gift given with love would be special.

Pepita picked some weeds on her way to the church, and made them into a bouquet. When she offered the gift to the baby Jesus, they bloomed into gorgeous poinsettia plants.

Everyone who witnessed this miracle was in awe, and ever since, poinsettias have been associated with Christmas.

Contrary to popular belief, the red part of poinsettias aren’t actually flowers, they’re leaves called bracts. Check out our posts on National Poinsettia Day and facts about poinsettias to learn more about this Christmas symbol.

Christmas is not the only holidays with traditional and symbolic plants! Did you know that each holidays has plants associated with it that have special meaning for the season?

How do you use greenery in your home during the holidays?  Please leave your comments below.