Super Chicken Wing Day happens each year on Super Bowl Sunday. Since the big game is a popular day to enjoy these tasty appetizers, it’s no wonder the national day happens to coincide with it each year.

National days of the year are a fun way to celebrate odd and unusual foods, animals and items that you come into contact with. Be sure to check out my National Day’s Guide for more fun days to celebrate.

For another national day devoted to chicken, be sure to read my post on National Rotisserie Chicken Day. It’s full of interesting info and has some great recipes. 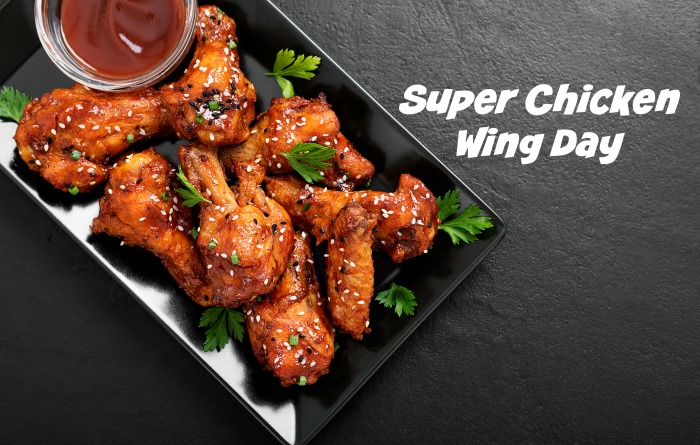 Chicken wings are a popular party appetizer, and they can be grilled, fried, smoked, or baked. It is common for them to be served with a sauce or glaze of some type. 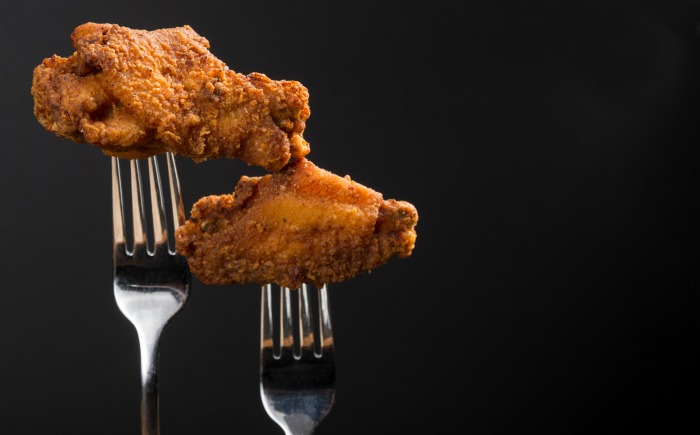 All chicken wings can fall into one of two categories: a drum or a flat.

Drums look like little chicken legs. They have a single bone that runs through the middle of the meat.

Flats (sometimes called “wingettes”) get their name from the fact that they are flat. Flats have two small bones that run through the length of the wing. They have less meat on them than drums.

However, flats have more skin than meat, so they produce a bite that is packed with flavor and a crispy skin that we all love.

You’d be hard pressed to find a good bar without chicken wings. They’re on virtually every bar menu! How did this tradition start? 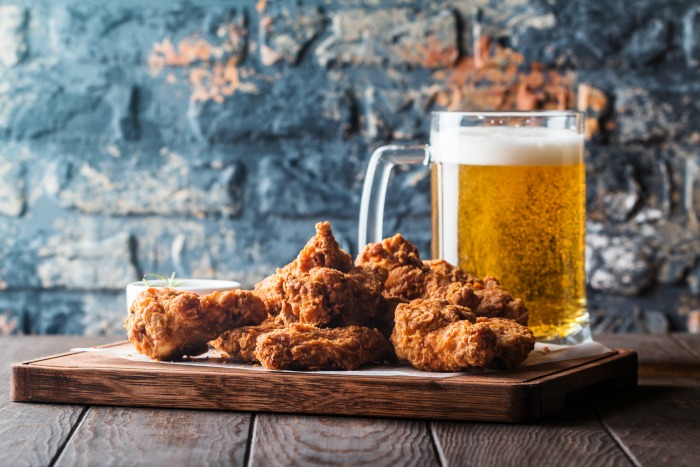 Southern cooking has long been known for the deep-fried chicken wings that are so prevalent today.

However, the idea of cooking chicken wings in a hot sauce actually originated in the Anchor Bar in Buffalo, New York in 1964.

The co-owner of the bar, Teressa Bellissimo, cooked some left over chicken wings in hot sauce as a snack for her son and his friends.

They were such a hit that they landed on the bar’s menu the next day. The sauce for those chicken wings was a bleu cheese sauce, which is still wildly popular today. The menu labeled them as “Buffalo Wings.”

The bar owner’s son went on the road to promote the wings and they gradually caught on country-wide and started appearing in restaurants all around the USA.

Other fast food companies with chicken wings on the menu

Kentucky Fried Chicken added hot wings to their takeout menu in 1990, and Domino’s Pizza added their own wings in 1994.

Even McDonald’s had their Mighty Wings on the menu in 2013-2014. Bars everywhere in the USA serve these popular wings today, especially on Super Bowl Sunday.

Brush up on your knowledge of chicken wings with these fun facts. Some may surprise you! 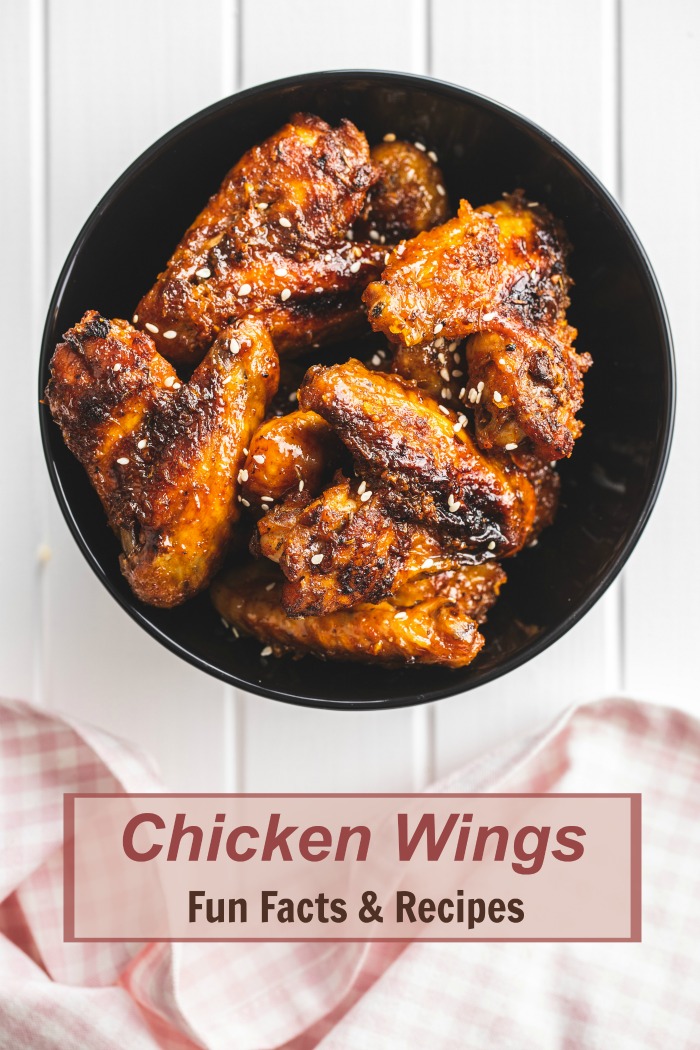 Would you like to celebrate Super Chicken Wing Day in a special way? Try one of these ideas.

Super Bowl Sunday is the day to celebrate Super Chicken Wing Day. Head to Always the Holidays to get some fun facts and history of chicken wings, as well as some tasty recipes. #superchickenwingday #chickenwings #superbowl 🍗🐔🍗 Click To Tweet

There are close to 2000 national days in the year and over 150 of them are celebrated in February.

To see them all, have a look at this post to discover more about the national days in February, as well as the February word search printable of national days. 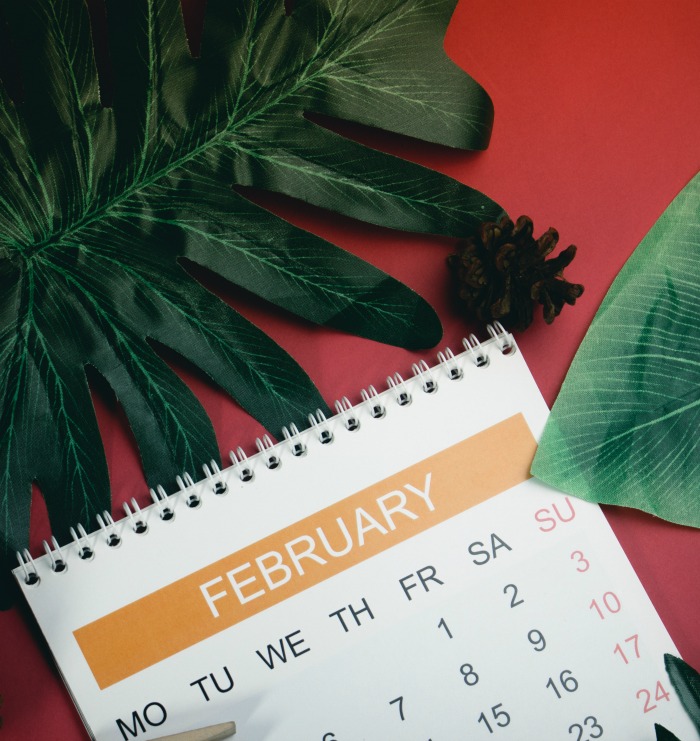 Is food your thing? Each day of the month has a food or drink associated with it, too. You’ll find all the February food holidays here.

Be sure to also check out these other foodie National Days this Month: 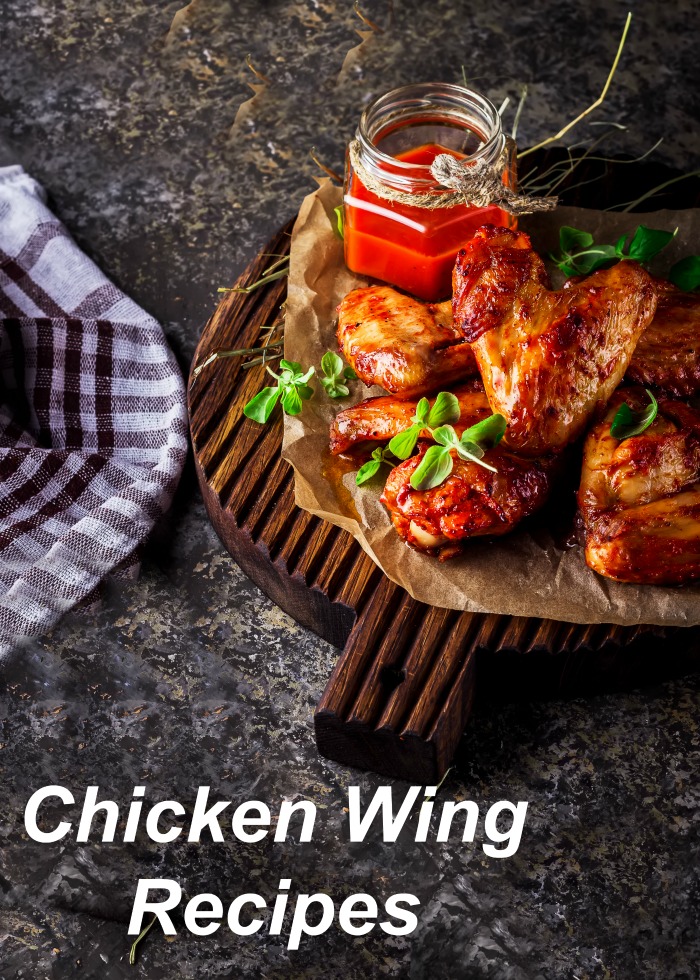 The best way to celebrate Super Chicken Wing Day is with some of your favorite chicken wing recipes. Here are a few of my favorites. 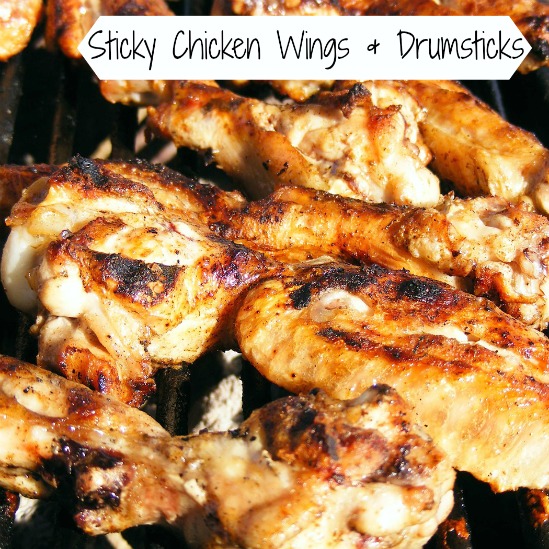 The Super Bowl is the time for tailgating and game day parties. If you are looking for a great party appetizer, this recipe for sticky chicken wings will be the perfect choice. 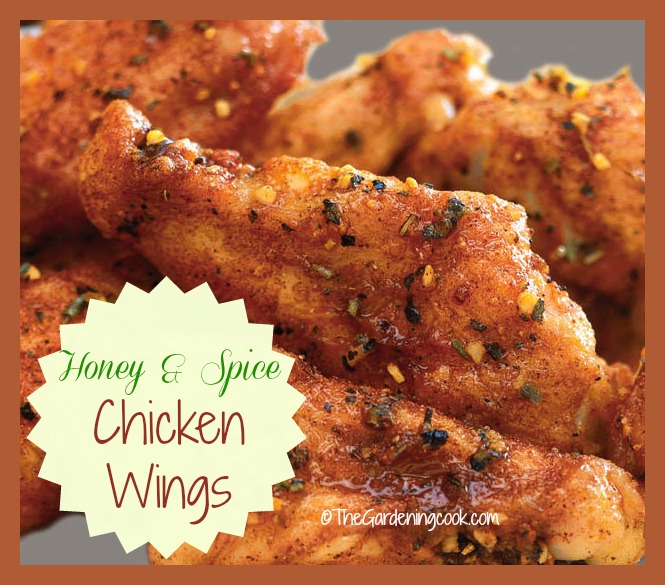 These honey chicken wings with garlic and herb could not be easier to make.  Just combine the wings with honey, garlic and a special herb seasoning mix and shake.  Then bake in an oven.

They are the perfect choice for Super Chicken Wing Day. 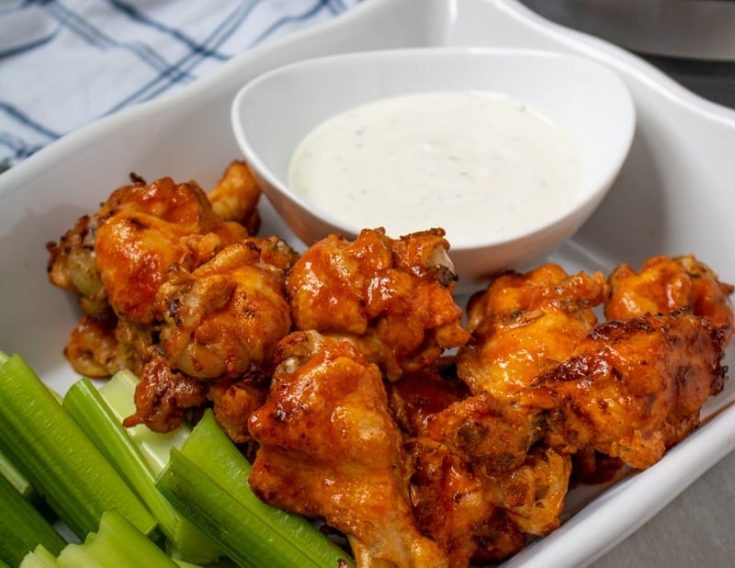 Serve these instant pot wings with bleu cheese or homemade ranch dressing. This will be the hit of your game day spread. 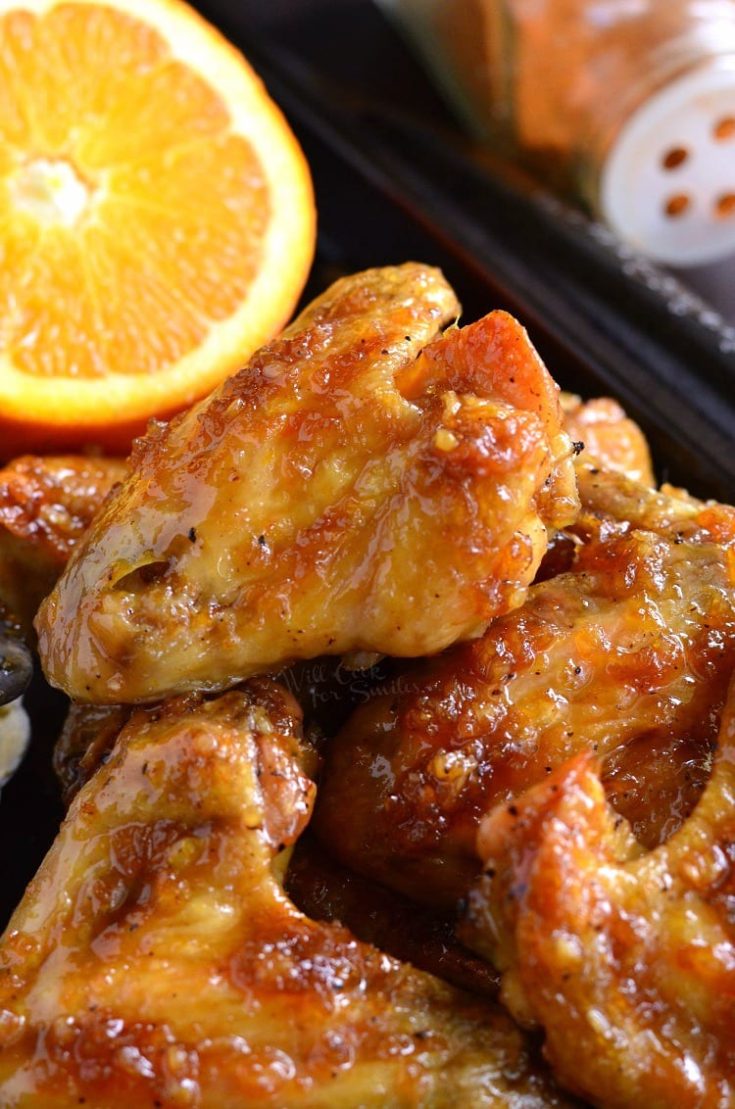 Juicy, sticky, awesome wings that will blow your Super Bowl party guests away! These baked chicken wings slathered in an easy homemade spicy orange glaze will make any party a smash! 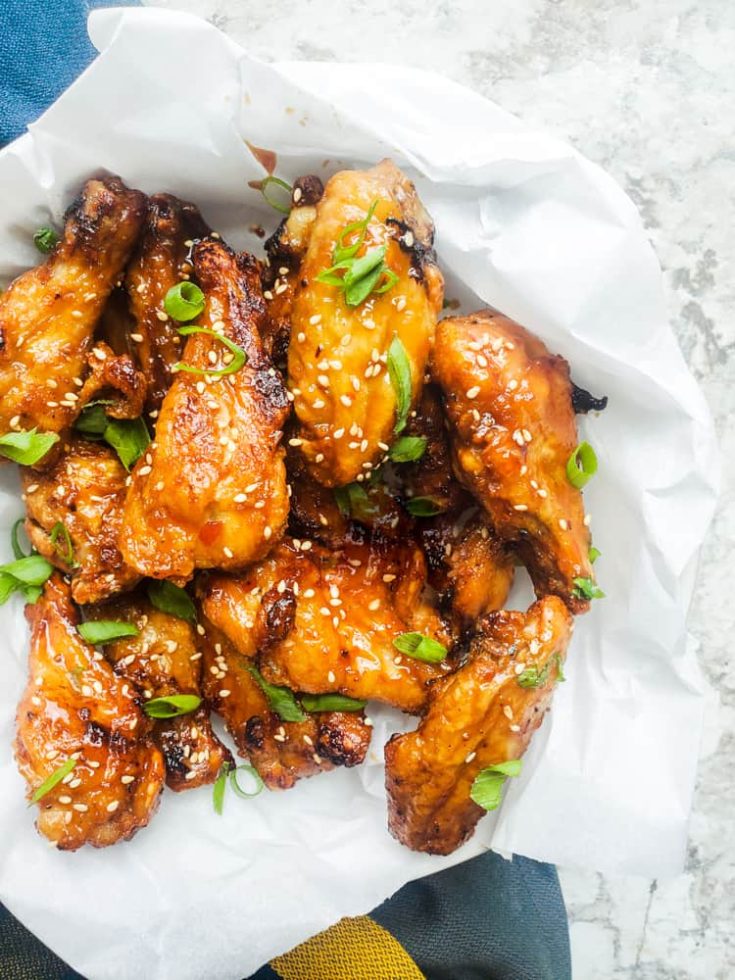 These sweet chili chicken wings are super crispy and prepared in an air fryer for easy clean up. They are ready in just 30 minutes. This Super Bowl game day appetizer will be gone before you know it (yeah these wings are that good!) 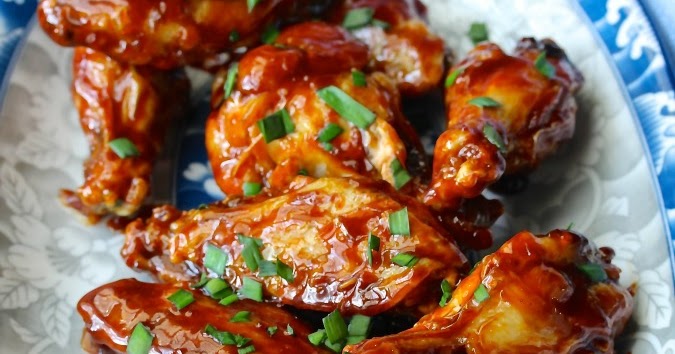 What a party treat! These air fryer sriracha-honey chicken wings are crispy, spicy sweet, and ready in 30 minutes. It will be really difficult to not keep them all to yourself. 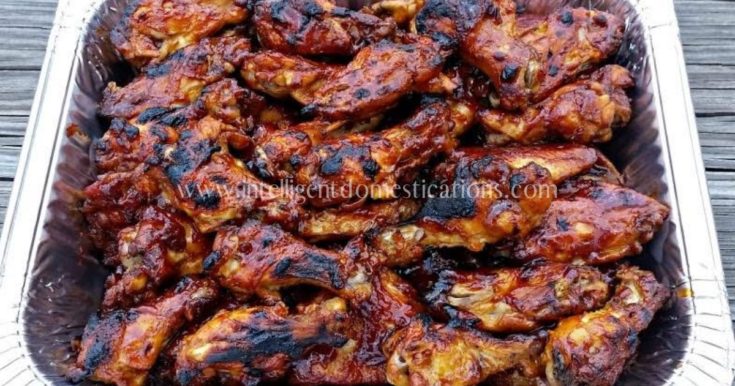 You only need three ingredients to make your guests a special treat on Super Chicken Wing Day! These crockpot BBQ chicken wings are an easy party appetizer for Super Bowl Sunday! 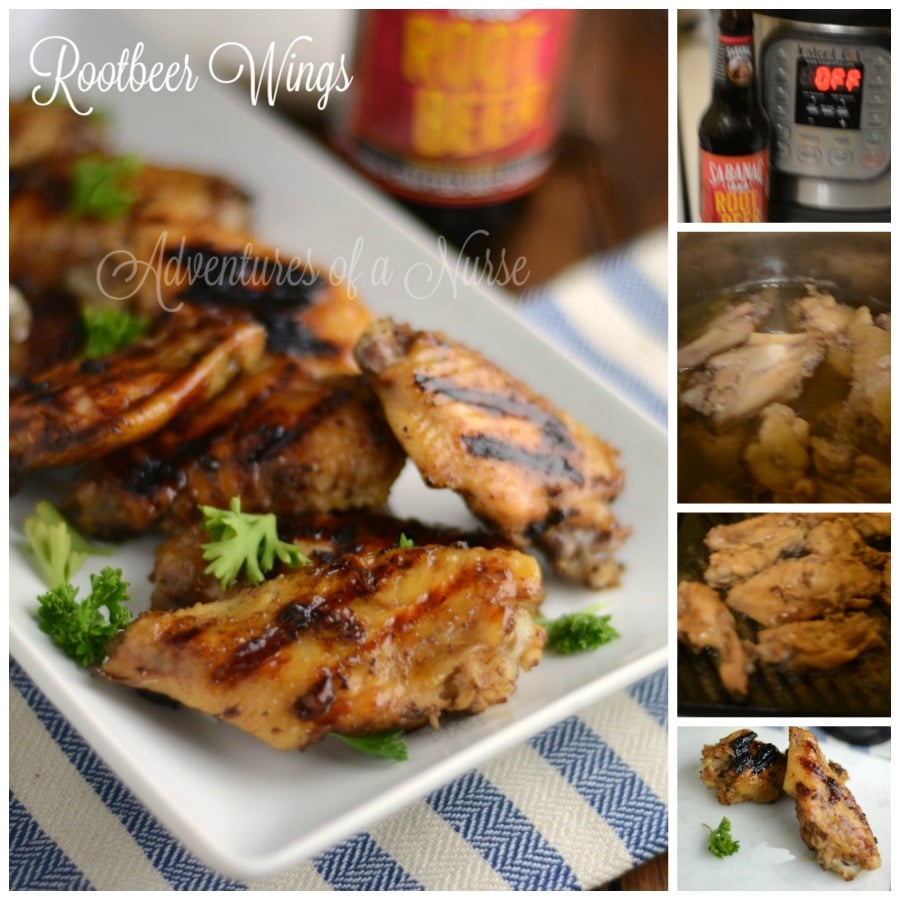 Sweet and savory root beer chicken wings will be the highlight of your game day table! These chicken wings are juicy, flavorful and finger-licking good!

Make these wings in your slow cooker or even the Instant Pot!

Pin this post about Super Chicken Wing Day for later

Would you like a reminder of this post of fun facts and recipes for celebrating Super Chicken Wing Day? Just pin this image to one of your trivia boards on Pinterest so that you can easily find it later. 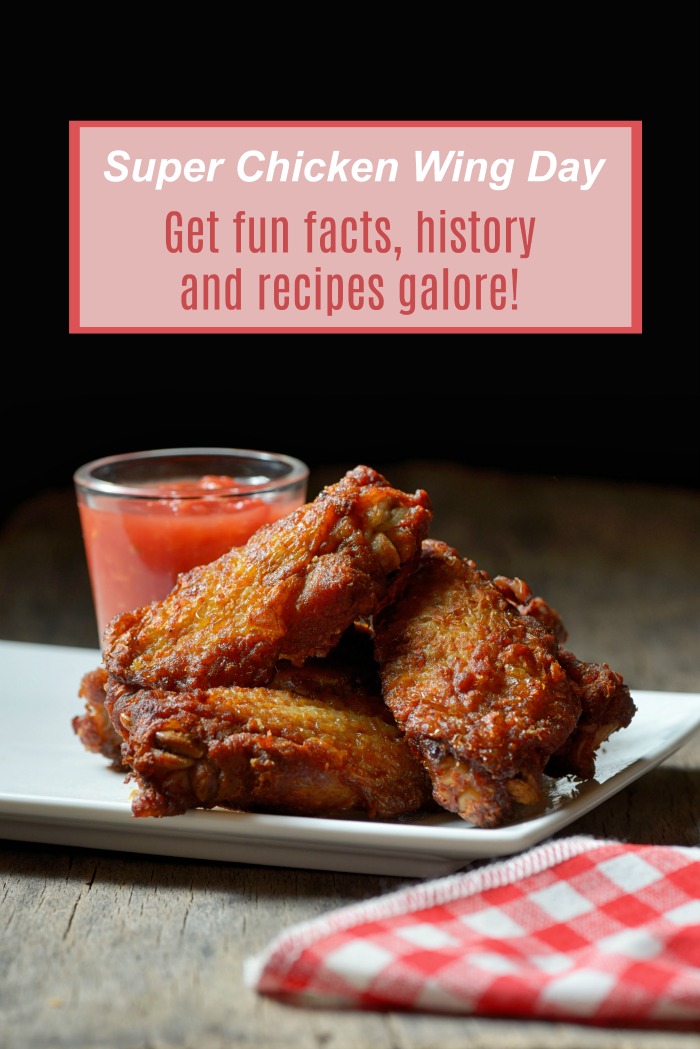