As we draw closer to Halloween you’re probably going to hear the term Samhain often. Let’s do a deep dive on what it is, and which Samhain traditions are still practiced today.

It has Celtic Pagan origins, which date back to between 500 BCE and 500 CE. The first mention of this Gaelic festival was in early Irish texts from the 9th century.

Let’s learn more about the history of Samhain traditions to see why so many of them are still practiced today. 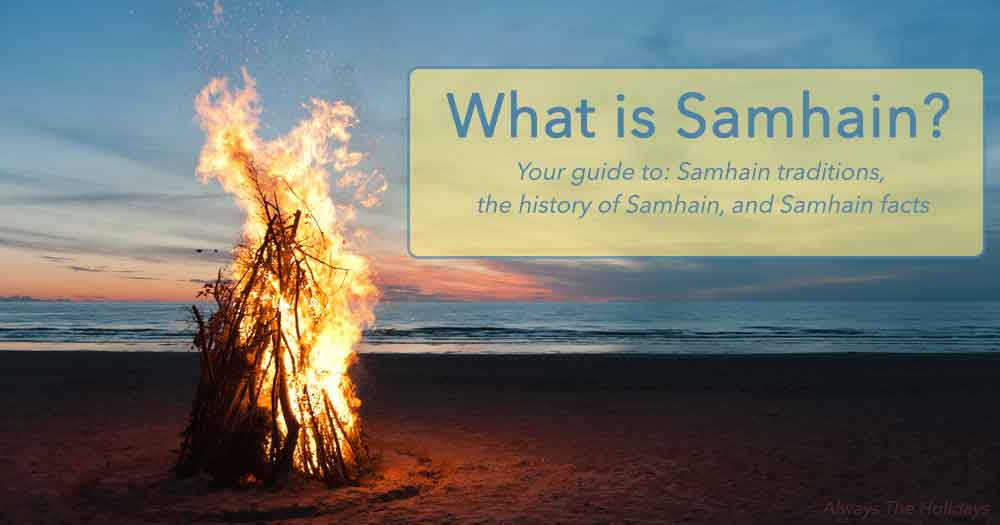 Some of the below are affiliate links. I earn a small commission, at no extra cost to you if you purchase through an affiliate link.

Samhain (pronounced “SAH-win”) was a Pagan religious ceremony, celebrated by the ancient Celts. It drew deeply on folklore, mythology, and stories passed through generations. 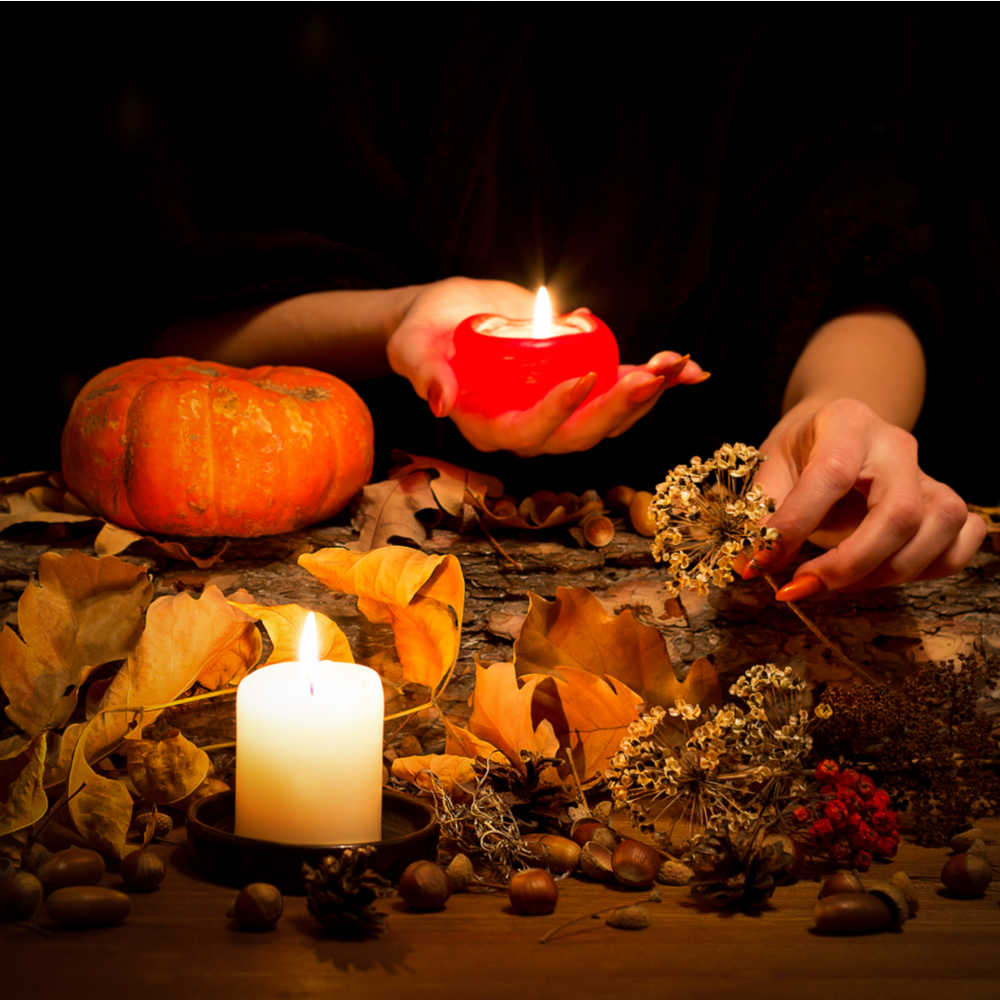 While it was observed in ancient times, some of the traditions of Samhain are still present today. A few have even made it in to our modern day Halloween celebrations.

Samhain began the night of October 31, and ended the night of November 1st. While Samhain only technically lasted each year for 24 hours, the ancient Celts celebrated it over a period of three days and three nights.

In order to understand Samhain we need to go back in time, and learn about ancient Celtic spiritual traditions. 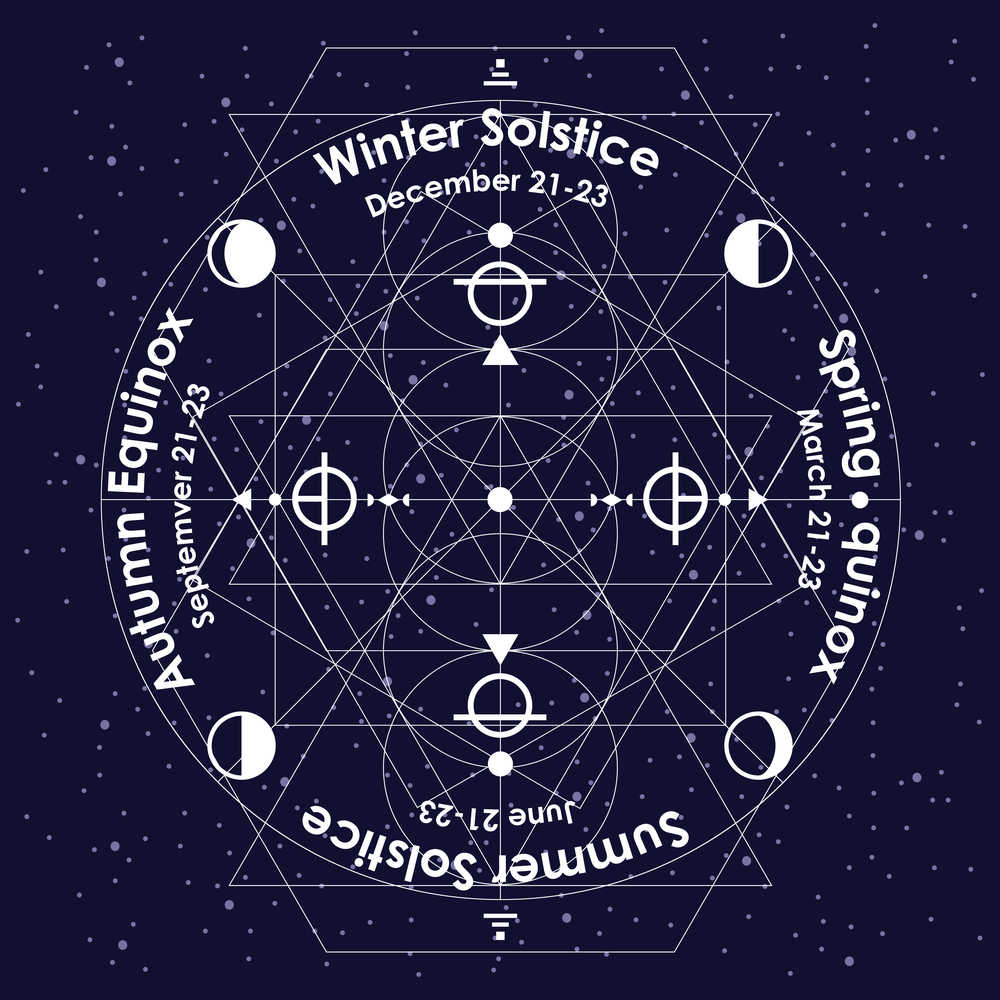 Samhain was celebrated through a fire festival. It was one of four fire festivals during the year, and the Celts believed this one was the most important.

Samhain falls roughly midway between the fall/autumnal equinox, and the winter solstice. It signified the end of the harvest, and the start of the dark winter months.

During the three day festival to mark Samhain the entire community would gather together. They would begin by letting their fires in their individual homes burn out, while gathering up their harvest for the year. 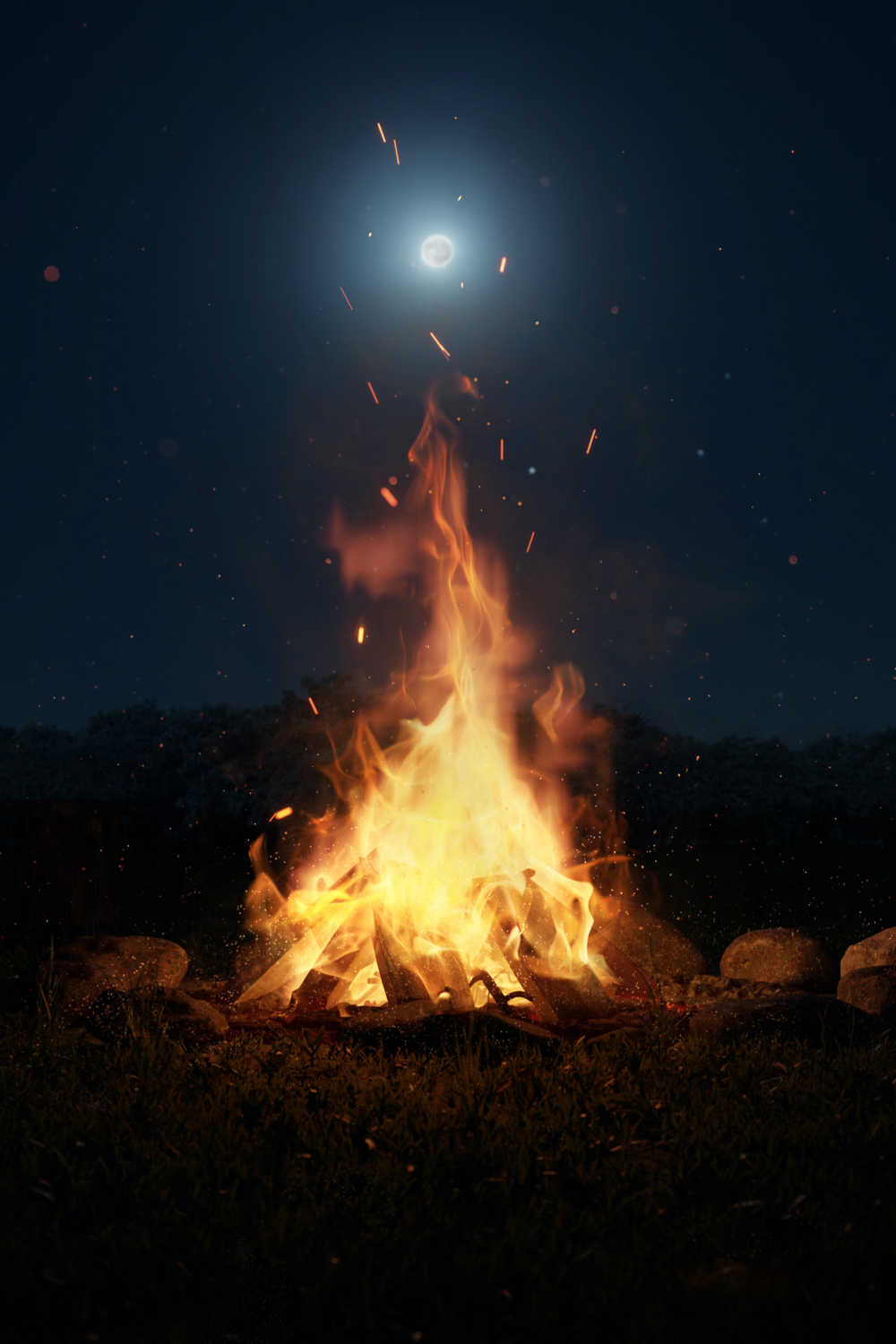 Then the Celts would all meet together, light a large communal bonfire, and share food from their harvests during a great feast. They made sacrifices, ate, drank, divined fortunes, and prayed over the fire.

The element fire was a very important part of the ritual. It represented the sun, which was slowly disappearing as winter drew closer. After the festival was complete, the Celts re-lit the fires in their own homes with the flames from this sacred bonfire.

This Halloween, you may hear people talking about Samhain. Visit Always the Holidays to learn more about what it is, interesting Samhain traditions, and why it's still relevant today. 🔥 🔮 Click To Tweet

The history of Samhain monsters and spirits

At night, it was believed that the veil between the living and the other worlds was the thinnest, and able to be breached.

The Celts believed otherworldly creatures like aos sí (supernatural creatures similar to faeries or elves in Celtic mythology) could break through the veil. Scholars assert that these aos sí are most likely derived from Pagan nature spirits and gods. 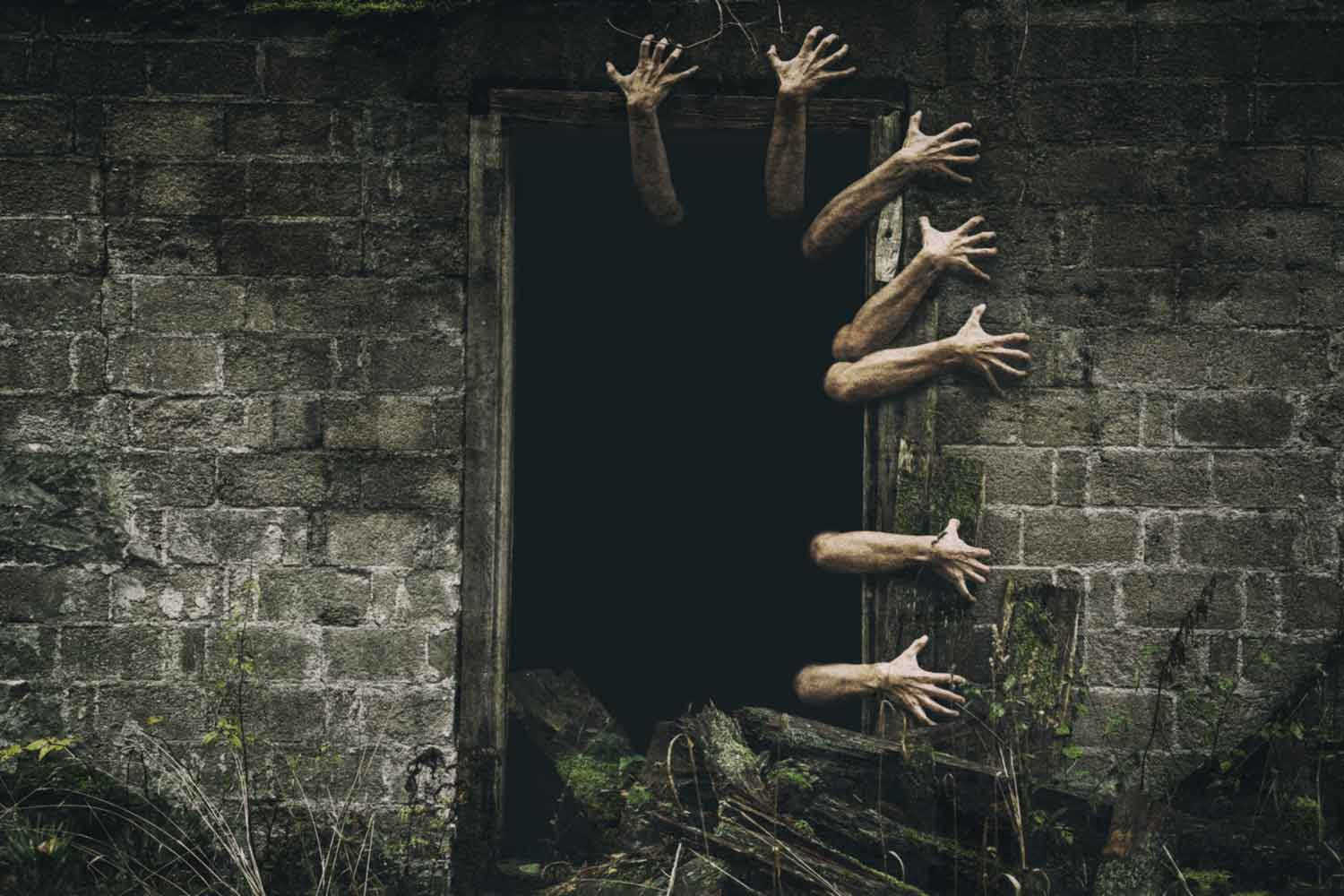 The community left out offerings for these faeries in hopes they would keep themselves and their livestock healthy through the long winter. These measures were to appease the faeries, so that they wouldn’t cause mischief or kidnap the Celts.

In addition to the aos sí being able to break though the veil, the Celts believed that dead ancestors and otherworldly monsters were able to transcend this boundary as well.

In order to hide from other unwanted spirits, and monsters, the Celts disguised themselves by dressing up in animal skins. This is the origin of why we dress up for Halloween today! Our costumes look very different, but they are disguises, none the less.

Since the Celts believed their dead ancestors could also transcend the otherworldly barrier at this time, they invited them to join in during the celebratory feasts. The dead were honored at Samhain because, to Pagans, death was not feared but celebrated as a natural part of life.

While the communal bonfire, feast, and offerings for otherworldly beings were a big part of the ceremony, the Celts also practiced other Samhain rituals. 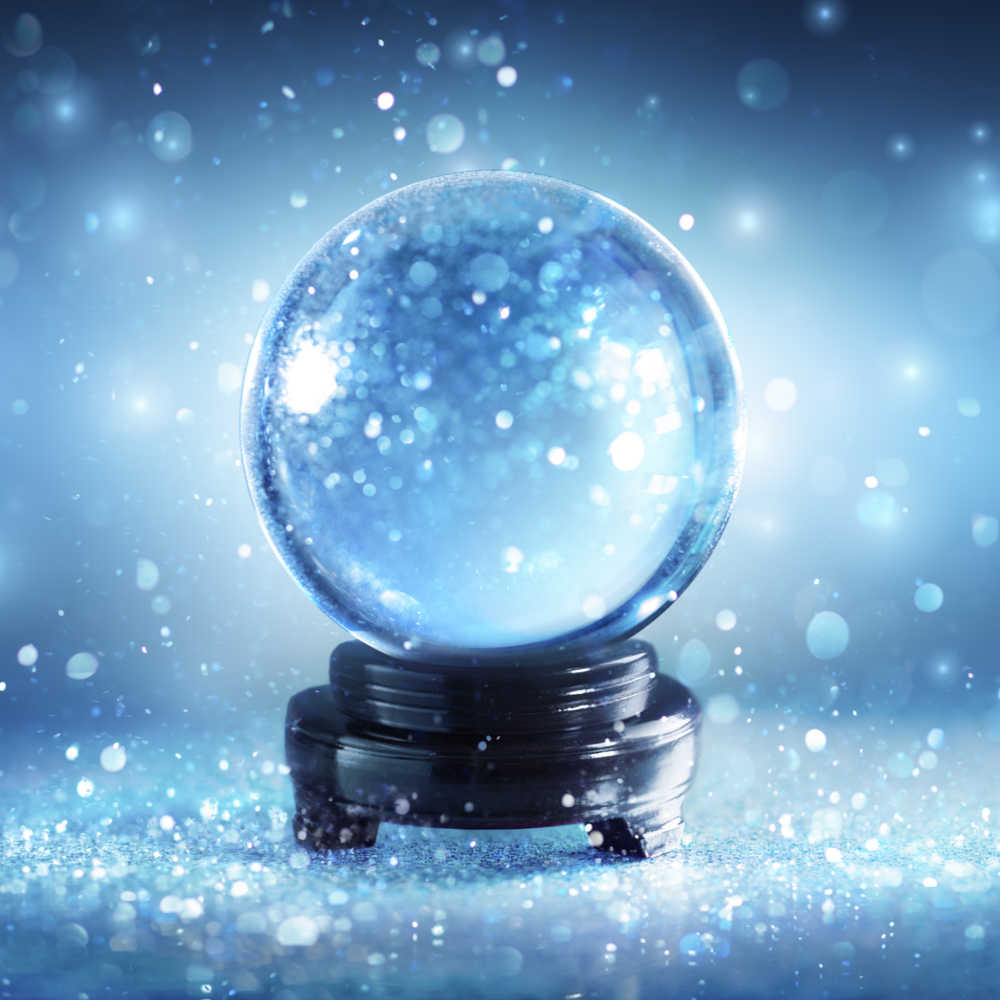 They believed the veil to the dead was thinnest during the night of Samhain and thought the spirits of the dead could help diviners and priests make predictions about the coming year.

The divination didn’t stay limited to priests and qualified diviners, though. Many households held their own, informal, rituals to divine information related to marriages and deaths during this time.

Apples and hazelnuts were commonly used in these rituals because they were two items that held symbolic spiritual significance.

Both in the past, and in modern times, many of our Halloween traditions feature apples. Whether it be bobbing for apples, or decorating and eating caramel apples, apples are prominently featured during Halloween celebrations.

In the past, apples were seen as symbols of immortality, rebirth and fertility. They were frequently used in divination ceremonies to foretell marriages and deaths. 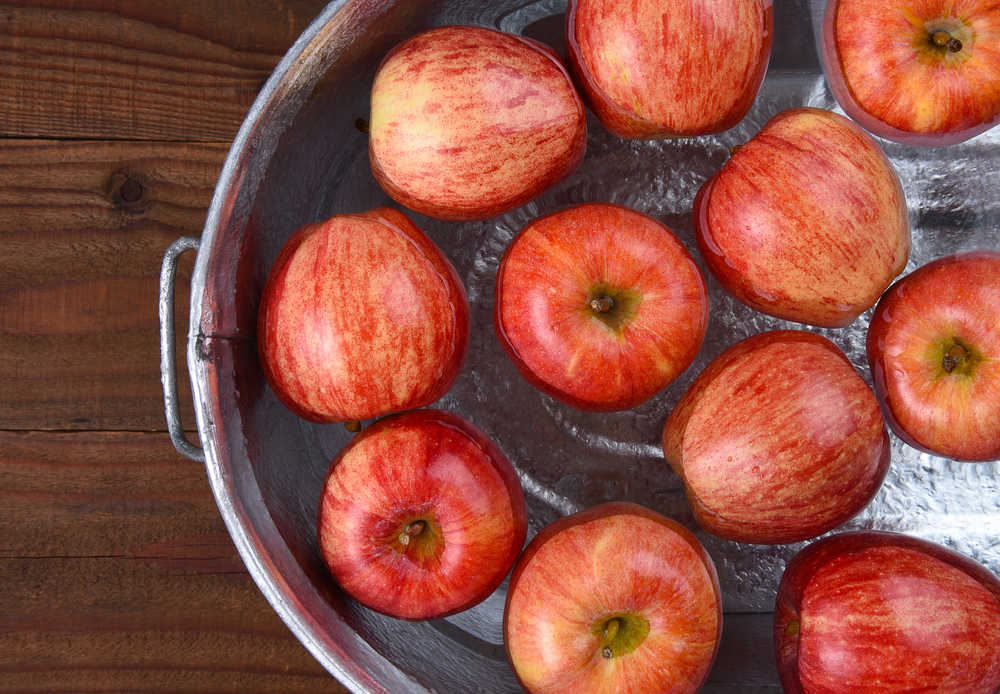 It was believed that if a woman peeled an apple in one long strip and tossed the peel over her shoulder, she would see a letter formed by the peel. This letter was said to be the first letter of her future husband’s name.

Bobbing for apples was originally also a game that was meant to foretell the strength of a potential relationship. In one set of rules, each apple was assigned to a potential suitor, and women would bob for the apple of the man they desired.

The first woman to successfully bob for an apple was said to be the first who would marry. If it took a woman one try to get the apple she wanted, the relationship was predicted to be strong and filled with love.

Finn McCool and The Salmon of Knowledge

Hazelnuts were also important in the ancient Celtic ceremonies because they were though to be a carriers of divine wisdom. This belief stems from the mythology of The Salmon of Knowledge.

In this legend, nine holy hazelnut trees surrounded a pool of water at the River Boyne. It was thought that as the holy hazelnuts fell into the water, the salmon that swam in the pool would eat them and soak up their wisdom. 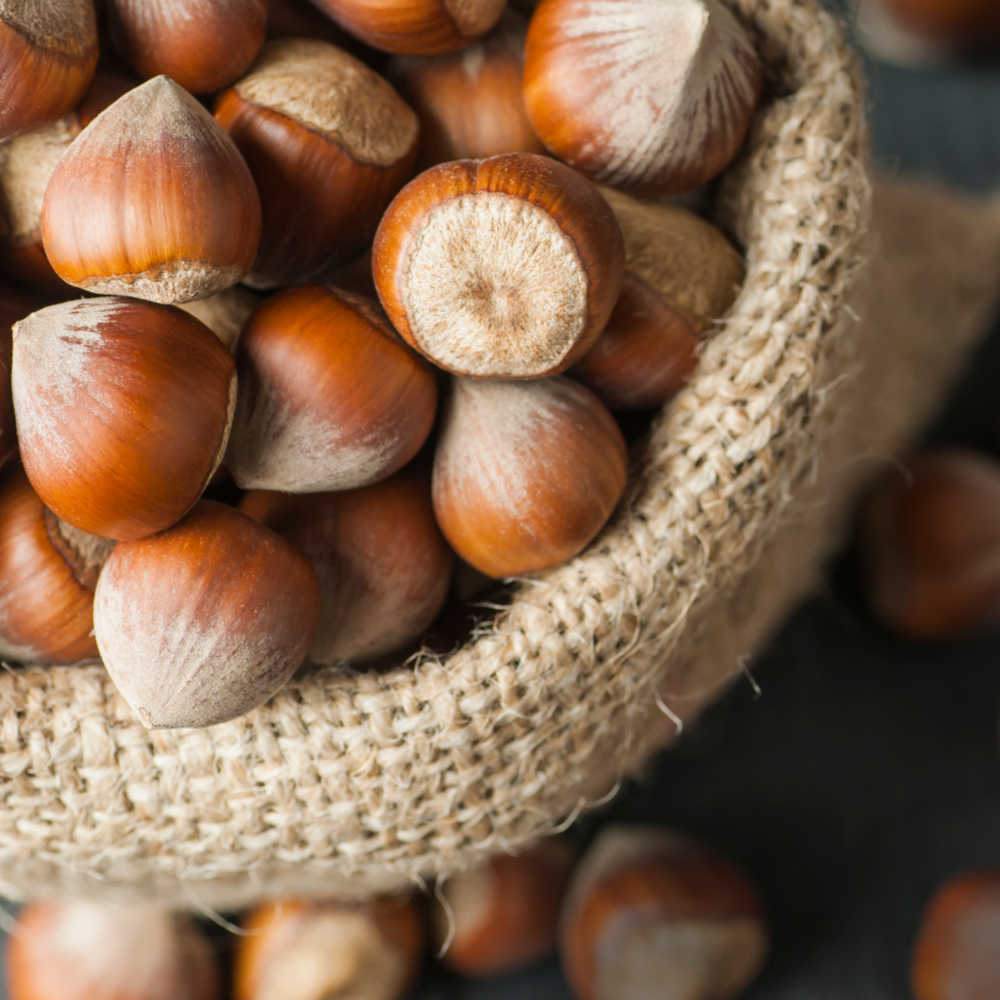 Legend said that any person who caught the Salmon of Knowledge and ate it would absorb all of the wisdom the salmon inherited from the holy hazelnut trees.

A druid named Finnegas tried for seven years to catch the Salmon of Knowledge. It wasn’t until his student, Finn McCool, joined his quest that the pair was successful in their catch.

Finnegas instructed Finn McCool to cook the salmon. While cooking, young Finn burnt his thumb, and sucked on it instinctively.

By doing this he gained the salmon’s wisdom, so Finnegas gave him the rest of the salmon to eat – bestowing him with immeasurable insight and knowledge.

Hazelnut trees are not the only trees with religious symbolism. The Legend of the Dogwood Tree is a Christian story that explains the religious meaning of this symbol of Easter.

When is Samhain and what is All Saints’ Day? 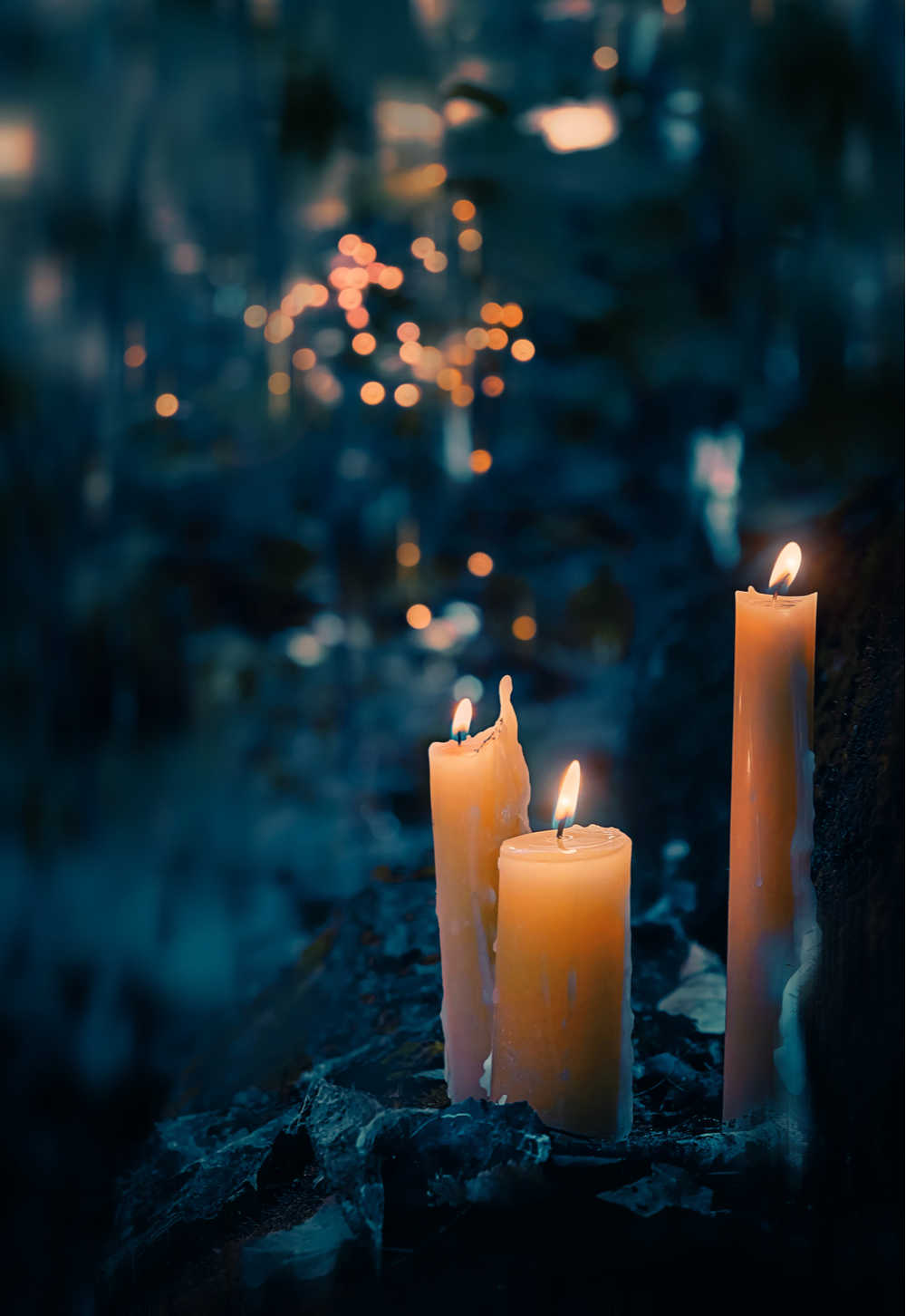 In the eighth century, Pope Gregory III gave another meaning to November 1st. He created what we now know as All Saints’ Day (not to be confused with All Souls Day).

On this day, Pope Gregory III dedicated a chapel in the Old Saint Peter’s Basilica, in Rome, to honor the all of the saints of the church who had died.

All Hallows Eve, shortened to Halloween, is the evening before All Saints’ Day and Samhain. This means that Halloween falls annually on the 31st of October.

How to celebrate Samhain

If you’re just learning about Samhain, you might be surprised to know you’ve probably been celebrating it for years! 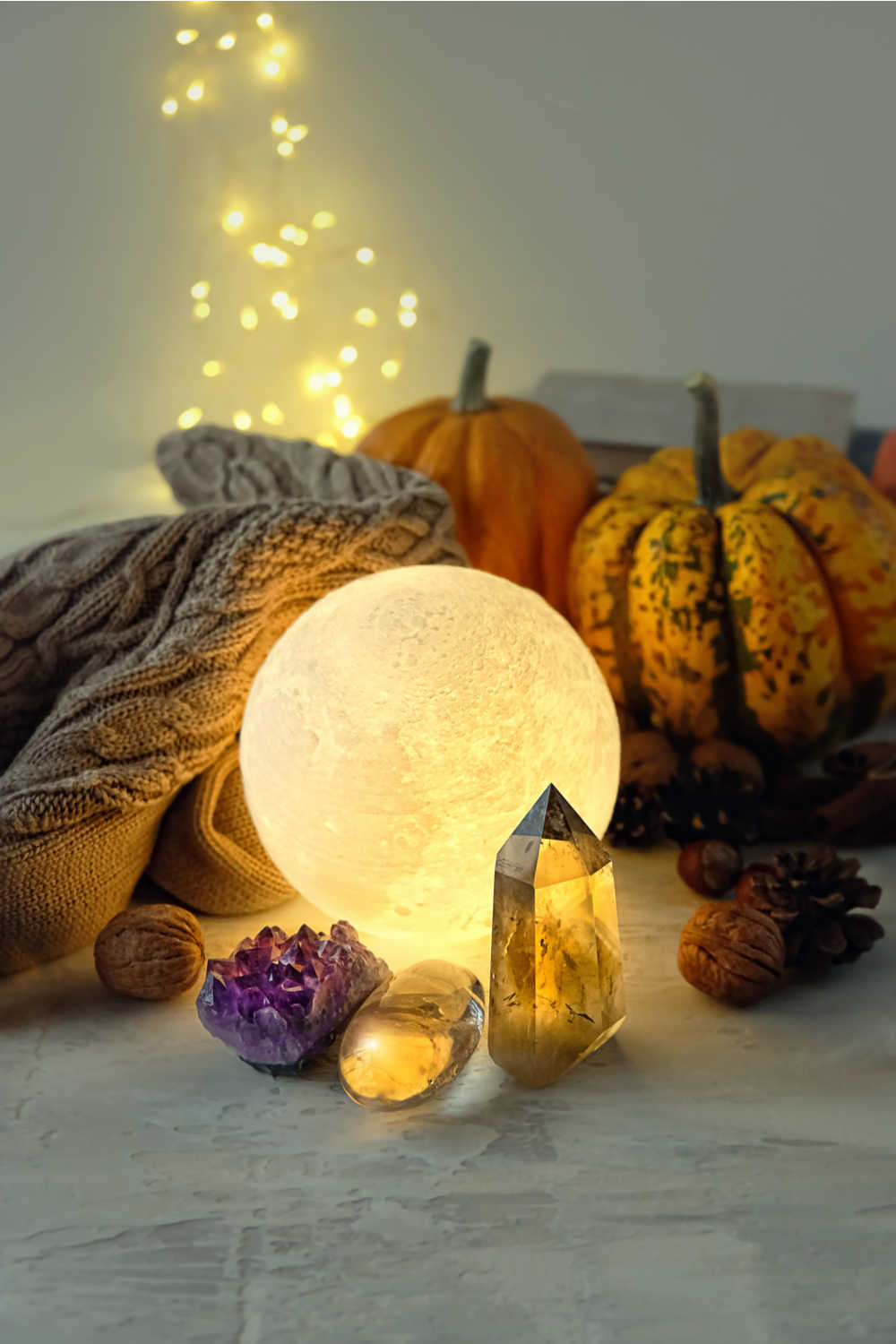 If you’ve ever been apple bobbing, or gone to a bonfire for Halloween, you were practicing Samhain traditions from long ago.

While our celebrations for Samhain aren’t as serious as the ancient Celts’ celebrations, they do have roots that reach back to that time.

On Always the Holidays, we have an entire article detailing ways to take the traditions of Samhain and incorporate them into your Halloween celebrations to have a more spiritual Halloween. Check out our guide to Halloween spirituality here.

Brush up on your knowledge of the holiday with these fun Samhain facts. Some may surprise you! 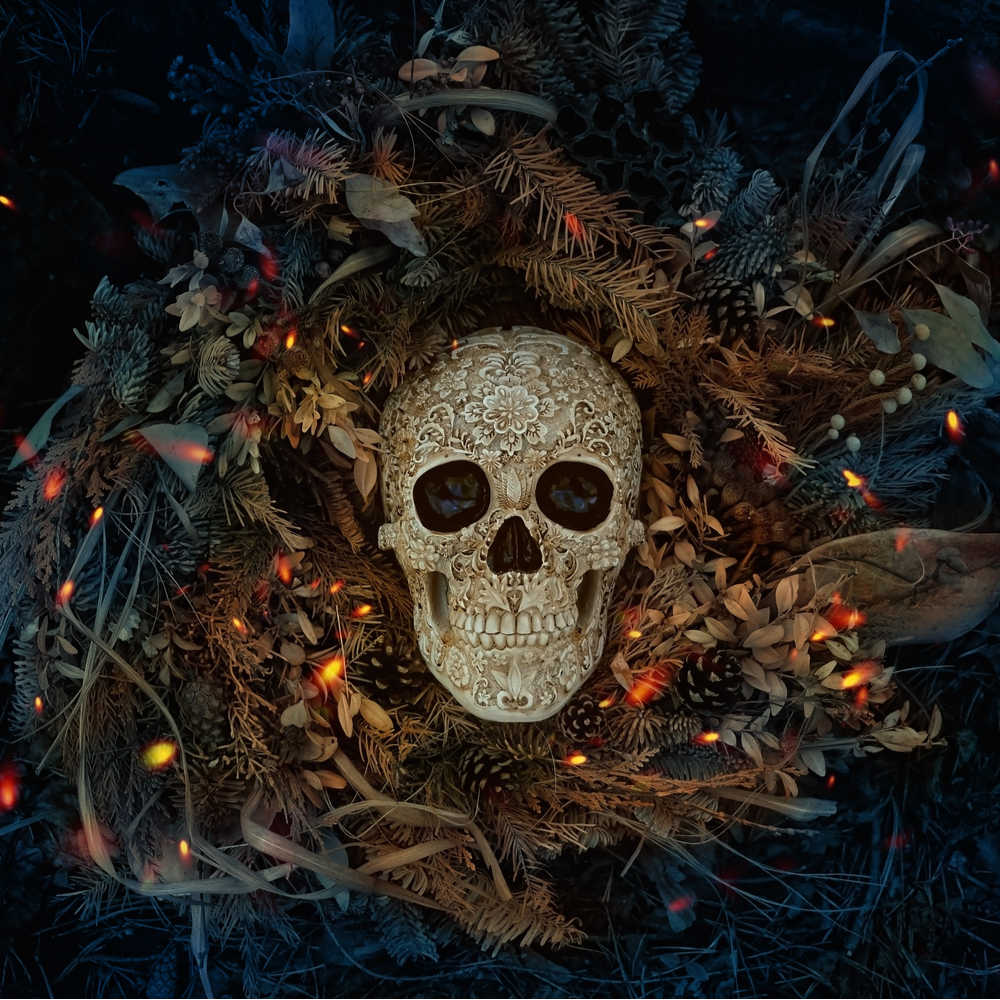 Did you enjoy learning about the meaning behind this holiday? You might be surprised to learn that November 1 holds more than one significance! There are also several national days on November 1.

There are almost 2000 national days in the year and over 150 of them are celebrated in November.

To see them all, have a look at this post to discover more about the national days in November, as well as the November word search printable of national days for puzzle fans.

Here is a complete list of all the November 1 national days:

Did you like reading about the history of Samhain traditions? Be sure to also check out these posts to learn about more history of your favorite holidays! 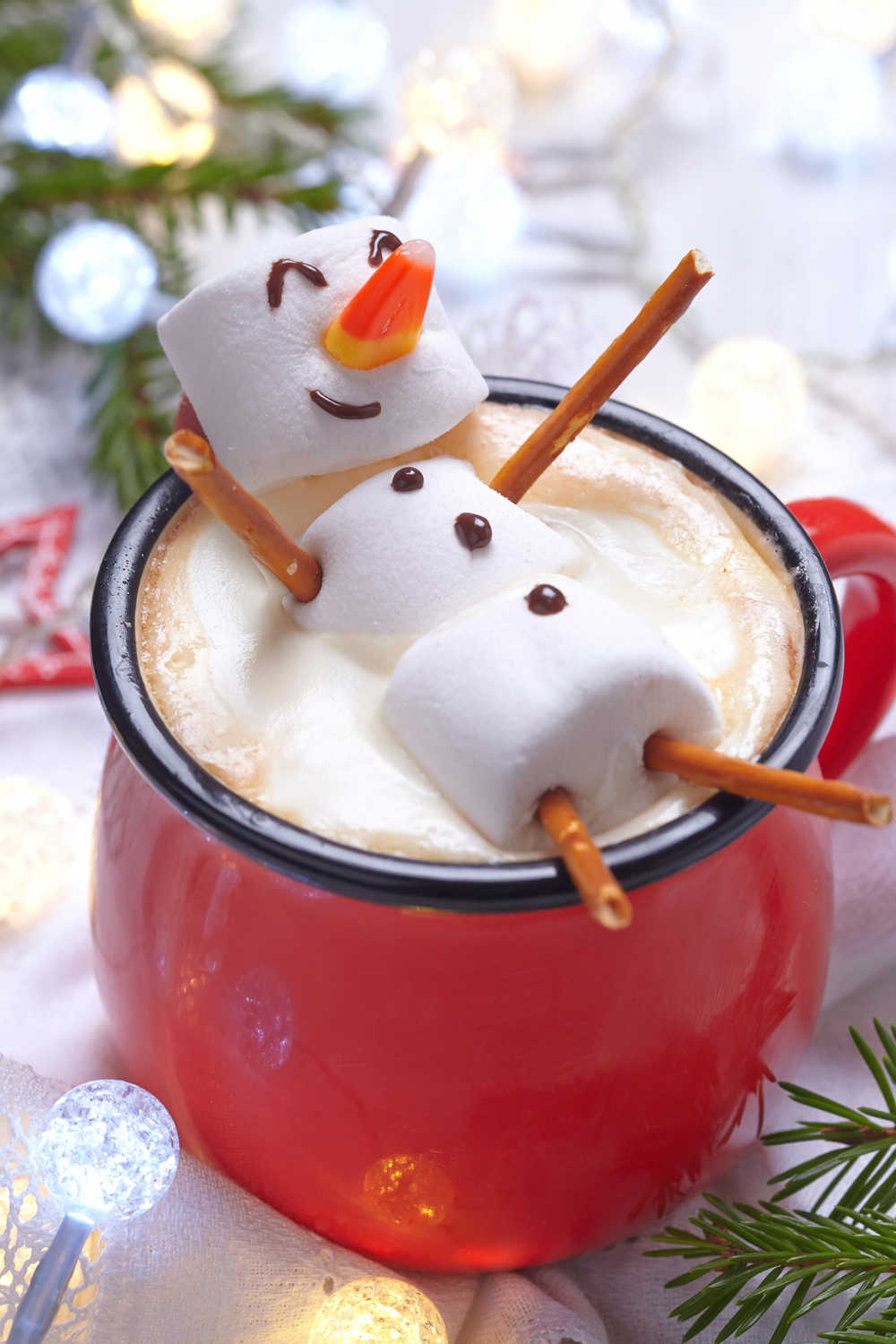 Get in the mood to celebrate these holidays that fall at the end of the year with these articles.

Would you like a reminder of this post about the history of Samhain traditions? Just pin this image to one of your Halloween trivia boards on Pinterest so that you can easily find it later.

You can also watch our video on Halloween spirituality and Samhain traditions on YouTube. 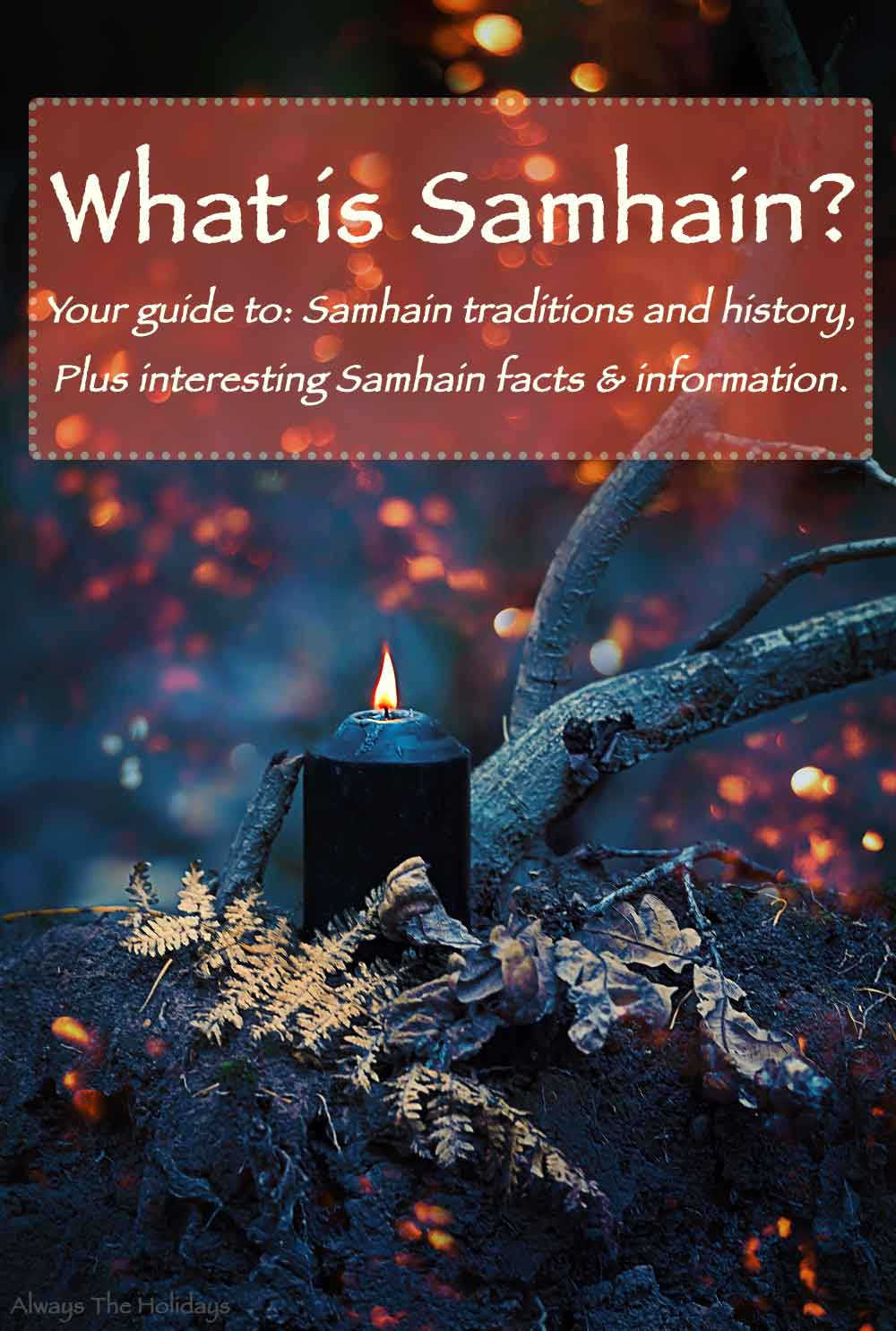