Have you been curious about the Pina Colada origin? This refreshing summer cocktail has a fascinating history.

The creator of the Pina Colada is hotly debated, and even has ties to 1800s pirates!

Keep reading to learn some facts about Pina Coladas and find out the history of how this popular tropical cocktail came to be. 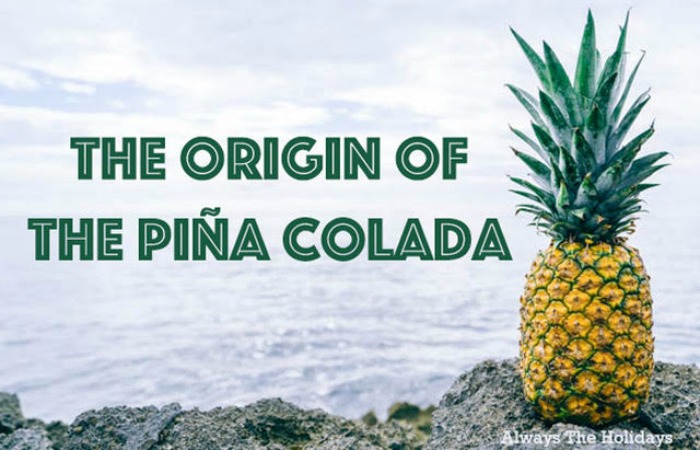 There’s some controversy as to whether pirates or bartenders invented the cocktail, so let’s start from the beginning.

Research shows that there have been many different men (including a pirate) who have claimed inventing the Pina Colada. 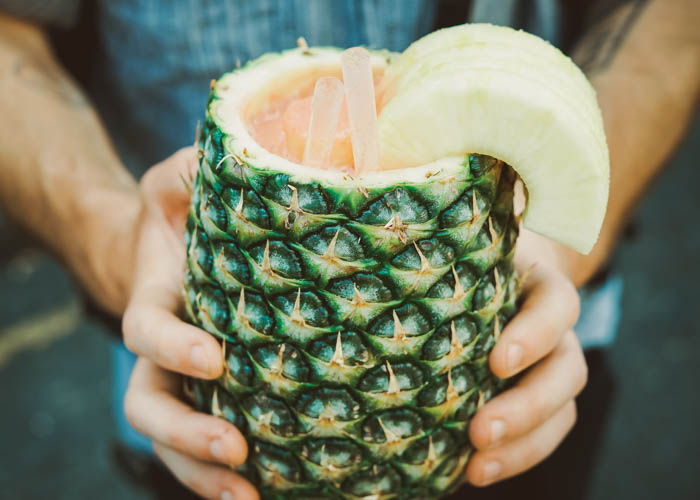 The beloved tropical pina colada cocktail has quite a storm of controversy surrounding its creation. The drink is so popular that there is even a National Pina Colada Day on July 10 each year!

Pirates and the Pina Colada

While many try to claim to be responsible for the Pina Colada origin, Roberto Cofresí, a 19th century pirate from Puerto Rico is heralded as the first to create the Pina Colada.

The pirate, nicknamed El Pirata Cofresí, sailed the seas with his crew in the early 1800s. 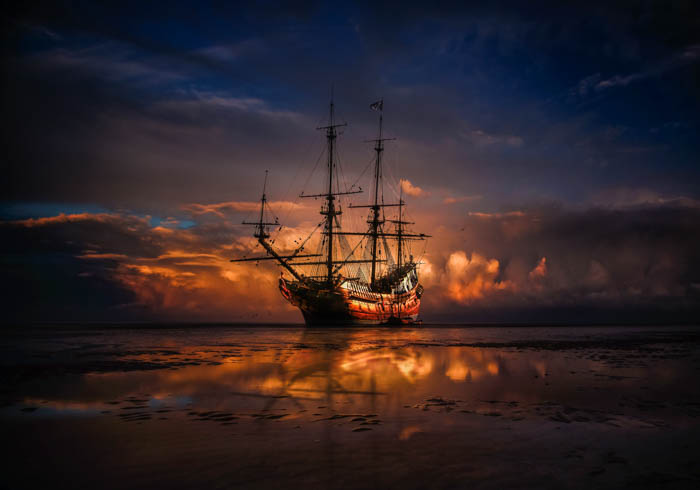 Cofresí was said to have given his pirate crew a drink containing white rum, pineapple and coconut milk to raise their morale.

This pirate Pina Colada is unlike our modern day Pina Colada, because it didn’t use cream of coconut.

The addition of cream of coconut to the Pina Colada revolutionized the drink and and yielded the beverage we enjoy today.

While Cofresí’s Pina Colada is different than the modern day Pina Colada, Cofresí is still regarded by many as the cocktail’s creator.

When he died in 1825, his original recipe died with him. The Pina Colada invented after his death was a reimagining of his pirate tonic. 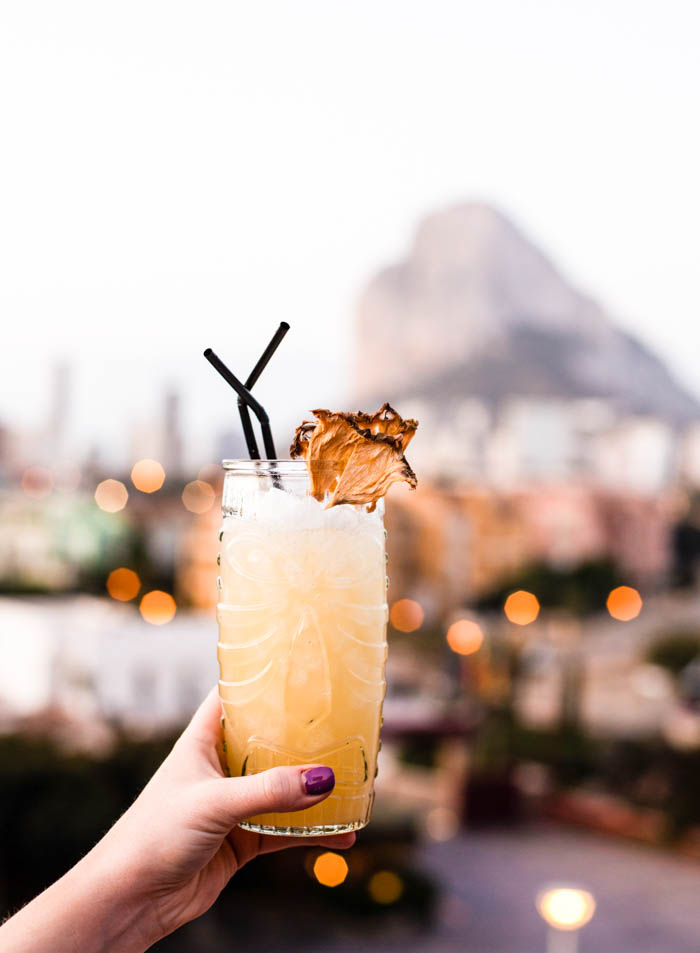 The management of the restaurant tasked him with creating a cocktail that embodied the flavor and spirit of the island.

Marrero worked for three months to create the perfect Puerto Rican drink, and landed on the Pina Colada. Surprisingly, when he first created the drink, it was non-alcoholic!

This non-alcoholic version contained coconut cream, fresh pineapple and a little bit of half and half. This refreshing drink was shaken in a cocktail shaker and poured over ice.

The drink began evolving over time. The half and half was removed, Puerto Rican rum was added, and it was blended instead of shaken.

The Pina Colada transformed from a mocktail, into the cocktail we know today. When these changes happened, the drink’s popularity exploded.

While The Beachcombers Bar no longer exists, The Caribe Hilton has another bar called Caribar operating in its place.

If you plan to be in San Juan, stop by Caribar and order a Pina Colada from its birthplace!

While Ramon “Monchito” Marrero is recognized as the father of the modern day Pina Colada, we can’t forget to mention Ricardo Garcia.

Ricardo Garcia is another bartender who worked for The Caribe Hilton, who also laid claim to the Pina Colada. 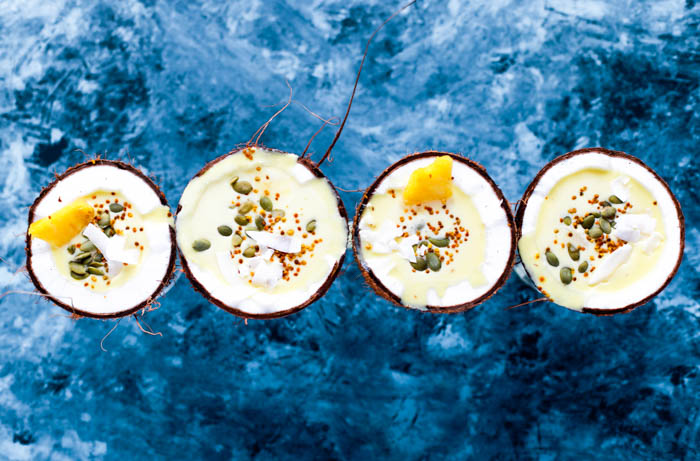 Garcia asserted that one of the restaurant’s signature cocktails, served in a coconut shell, consisted of cream of coconut, rum and crushed iced.

When the coconut cutter’s union strike of 1954 occurred, he ran out of coconut shells to house the drink.  Garcia improvised and he put the cocktail in a pineapple that had been hollowed out.

The flavor from the pineapple was widely enjoyed by guests, so Garcia started adding freshly pressed and strained pineapple juice to the cocktail. The name Pina Colada, meaning “strained pineapple” makes sense with his account of the story.

The final verdict on the Caribe Hotel debate

So, the question is, which of the two bartenders from The Caribe Hotel actually created the Pina Colada?  The answer is Ramon “Monchito” Marrero.

There may still be a few that believe Ricardo Garcia invented the drink, however, Marrero is widely accepted as the inventor of the Pina Colada. 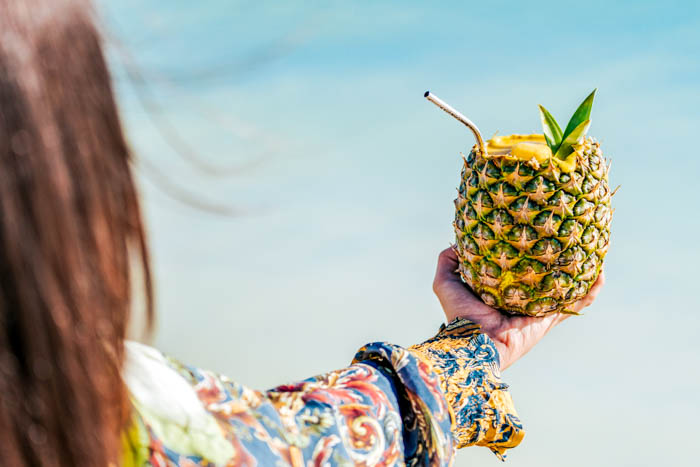 In 2004 the Governor of Puerto Rico, Sila Maria Calderón, issued a proclamation celebrating the Pina Colada’s 50th anniversary, and also honoring the life of Ramon “Monchito” Marrero – the drink’s creator.

While the controversy surrounding The Caribe Hilton may seem to be cleared up, there’s still another bartender who claims this tropical drink as his own.

I would be remiss if I didn’t include the Barrachina restaurant to the list of potential fathers of the Pina Colada. 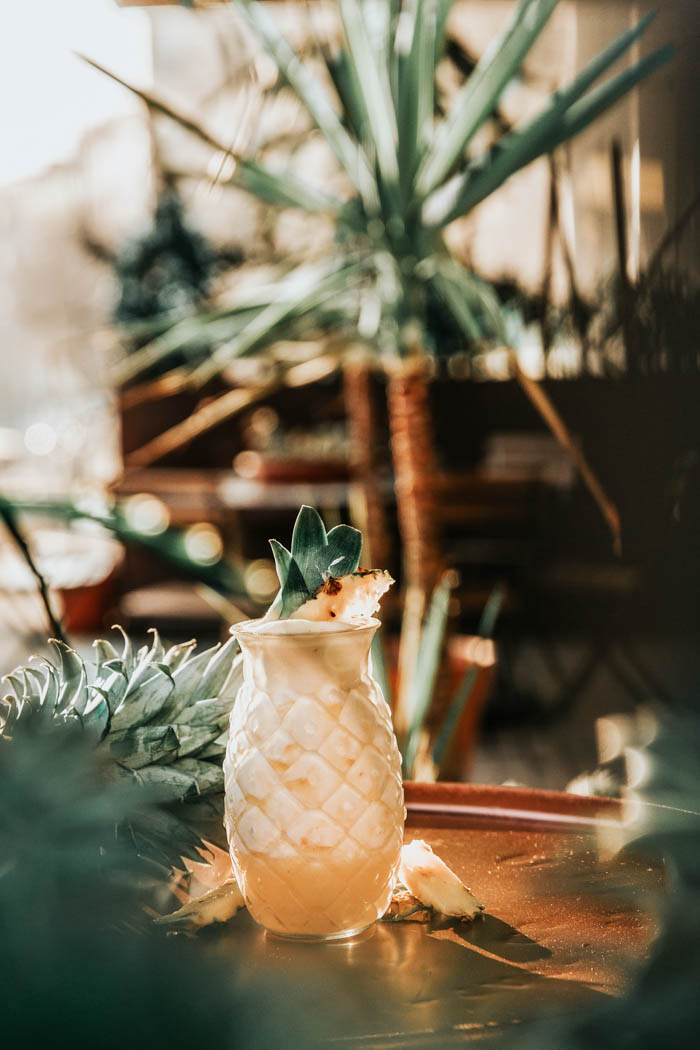 Pepe Barrachina claimed that it was Mingot, who created the Pina Colada, at his restaurant.

There’s another story that says Ramon “Monchito” Marrero once worked at Barrachina, and actually created the Pina Colada there, before moving to The Carribe Hilton where he worked for 35 years.

Despite all of the men who try to claim our beloved Pina Colada, the majority of the information indicates that Ramon “Monchito” Marrero is the true creator the Pina Colada, which he developed at The Caribe Hilton.

However, even though Marrero is considered the creator, these other men who lay claim to the drink are also part of its history.  I felt it was right and fair to mention them as well.

Even though there may be some question about the origins of the pina colada, there is no disputing the fact that we all love to drink them!

Would you like a reminder of this post on the Pina Colada origin? Just pin this image to one of your trivia boards on Pinterest so that you can easily find it later. 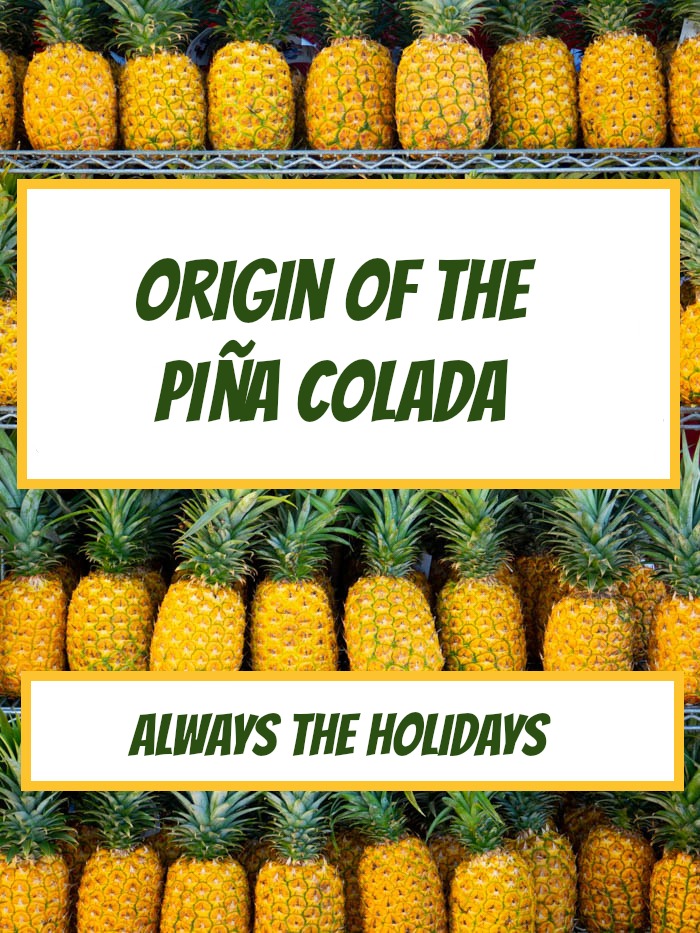 Also, head over to find out what’s in a pina colada, so that you can make one at home.

If you enjoy reading about the history of alcoholic drinks, be sure to check out details of the Irish coffee origin. It’s fascinating!