I thought it would be fun to share some pictures of orchids in honor of National Orchid Day, celebrated every year on April 16.

Few national days are as dear to my heart as those that feature flowers.  I am a gardener by nature and enjoy growing and learning about all types of plants.

Orchids are such a beautiful flower to have in your home, because they stay in flower for so long. I’m a big fan of flowers you can enjoy for a long time!

I also love roses, because they last for quite a while as cut flowers. They also have their own national days, like National Red Rose day, and Rose Day.

April is National Gardening Month and many of the national days feature gardens, gardening and the outdoors in some way.

Be sure to check out the list of national days in April in my latest post to discover more garden days this month.

What is National Orchid Day? 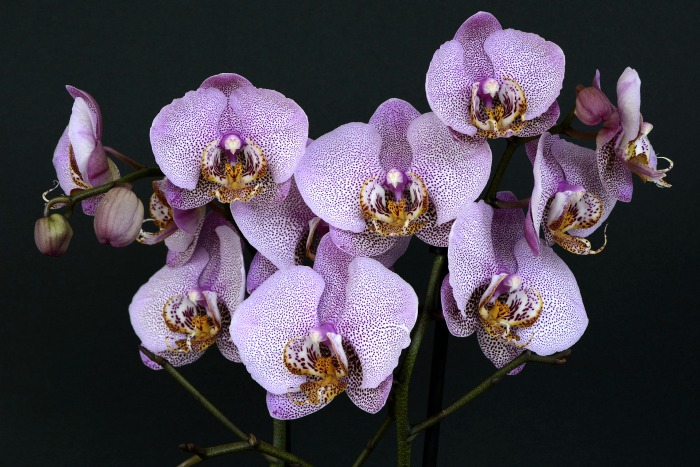 This national day has a touching story that tells how it came into being. A couple named Mike and Faith Young were volunteers at an orchid reserve in San Cristobal de las Casas, Chiapas, Mexico and fell in love with the flowers there.

During their time at the reserve, they made the decision that, if they were ever to have a daughter, the would name her Orchid.

Unfortunately, during labor on April 16, 2014, they lost their precious daughter. Her name is Orchid Faith. Having such a loss made them try to find ways to honor her life.

When they discovered that there was no National Orchid Day, they  created a kick starter campaign which offered some of their backyard honey (The Humble Bumbles Honey) to those who contributed.

The ultimate goal was to have April 16 designated as National Orchid Day. They met their monetary goal of $1500 on the first day and April 16 is now known as they wished it to be.

As you think about this day, give a few moments of silence for Orchid Faith and think about how such a pretty flower came to symbolize their loss. 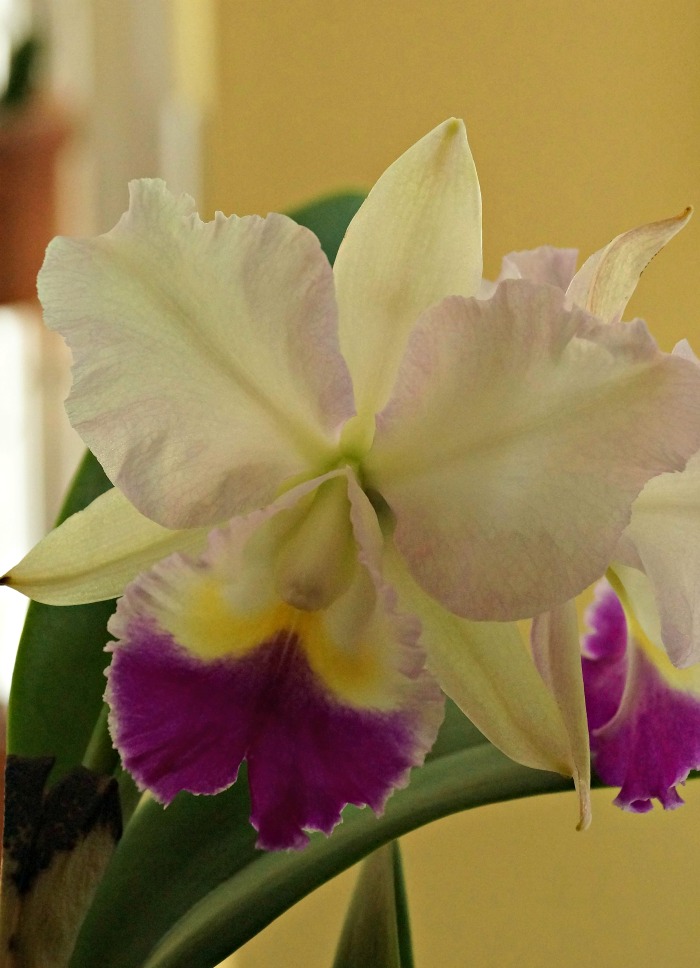 Each year since its beginning, the day has gained more and more recognition from orchid growers, botanical gardens and orchid enthusiasts.

The Young family has even named a new species of orchid called Radiant Faith, in honor of Mother’s Day.

The orchid is recognized by the International Orchid Register of the Royal Horticultural Society in the UK.

If you would like to discover more about Orchid Faith Young, please visit their blog here.

You can also check out their Facebook page here.

In addition to the orchid being the flower to honor baby Orchid Faith, it’s also a very popular plant with gardeners. Here are some facts about orchids you may not know. 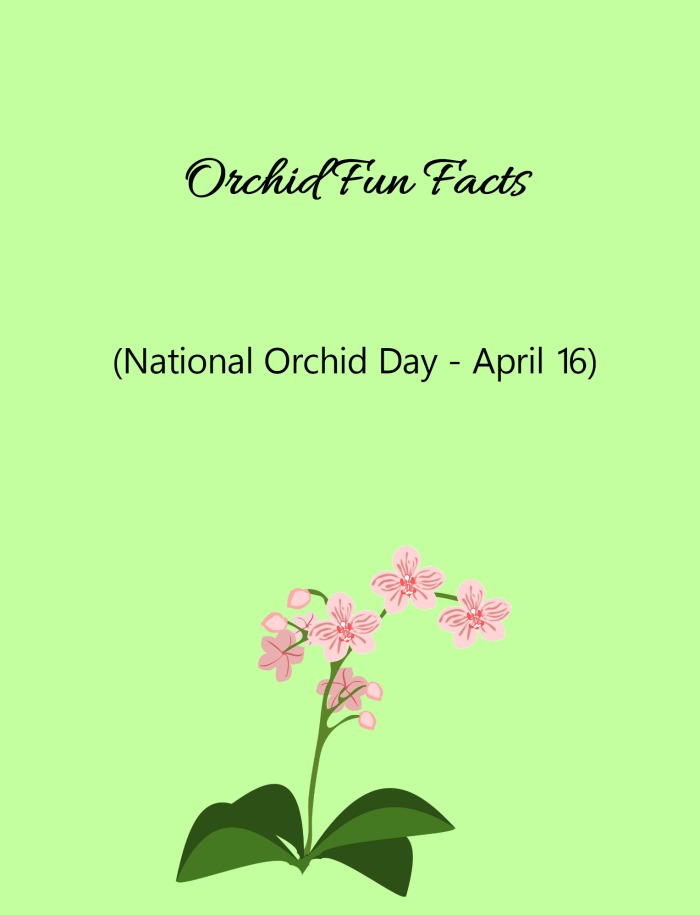 Did you know the orchid has religious symbolism? The red spots on some orchids are believed to represent the blood of Christ. Orchids are not the only flower with religious meaning.

Easter lilies and dogwood trees are both religious symbols of Easter. The poinsettia is also featured in religious stories about Christmas.

Not only is there a day devoted to orchids, but April is also National Orchid Month. Here are some ways to celebrate this special day:

How long do orchids last?

The answer to this question depends on the variety of orchid that you are trying to grow and most people are generally asking about the flower when they ask the question.

The flowers can last up to 6 months and many will re-bloom if you give them the right conditions after the first round of blooms have died.

Don’t worry, the plant is not dead when it stops flowering. The plants themselves will last for many years (up to 100!) in the right conditions.

It is easy to see why the Young family fell in love with orchids when they worked at the orchid reserve in Mexico. Few flowers capture the heart as well as these stunning beauties do.

Grab a cup of coffee and enjoy these pictures of orchids taken by me in the orchid room of the conservatory, on a recent trip to Biltmore Estate in North Carolina. 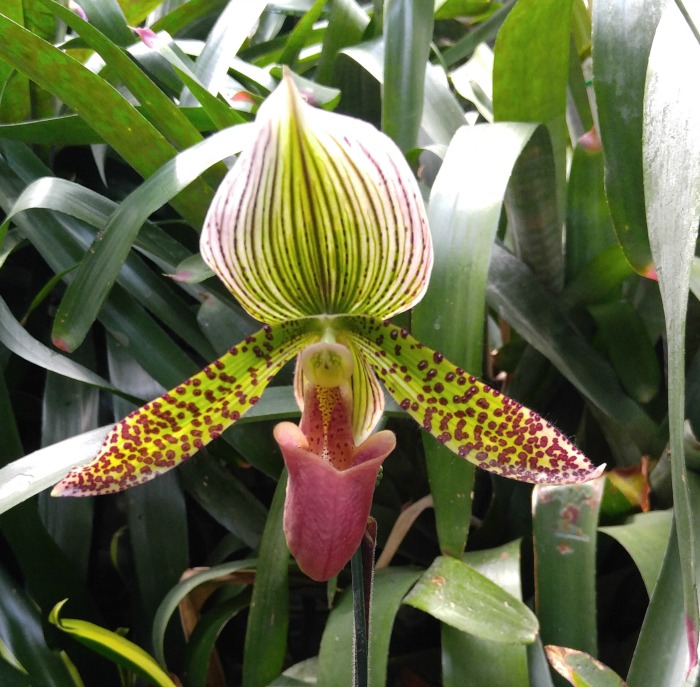 This pretty orchid is called a lady slipper. The bottom part of the orchid looks like the toe of a slipper and catches water to help nourish the plant. 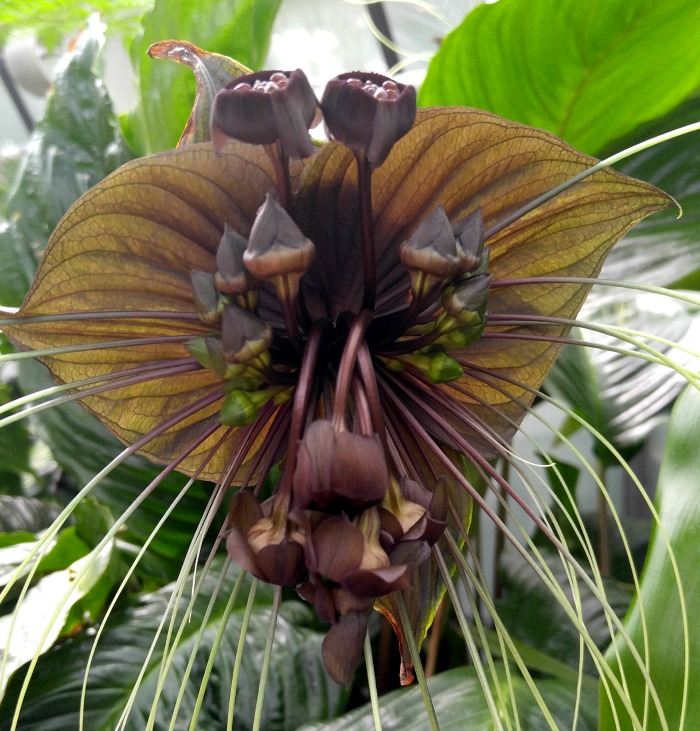 If you look closely, you can see the face of a bat in this orchid. The bat orchid is deep brown in color and has what almost look like whiskers! 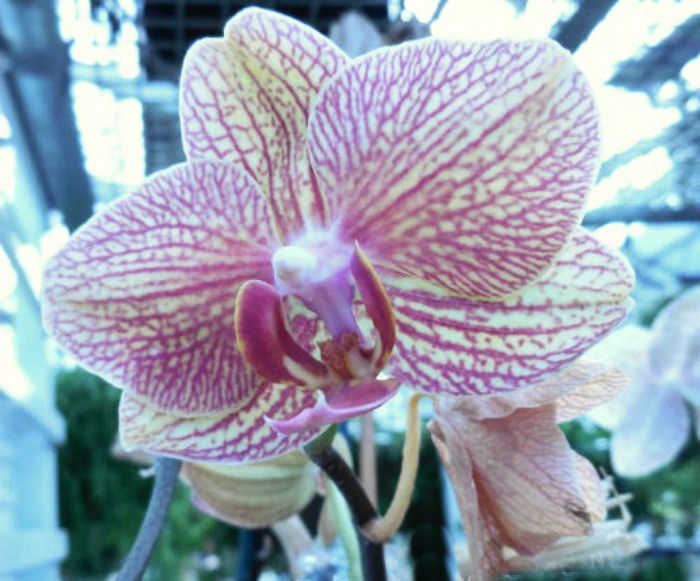 Many grocery stores and most garden centers now sell the moth orchid. This easy to grow type is great for beginners. 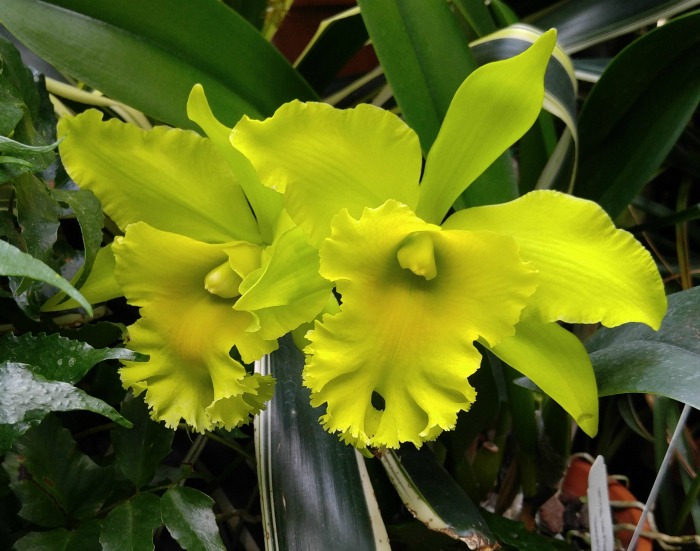 This yellow Cattleya orchids has been widely hybridized, leading to a huge variety of colors and forms. Some have speckles and streaks. Others are two colored and some are quite fragrant. They are the most commonly used orchids for corsages. This pretty variety looks almost like a daffodil! 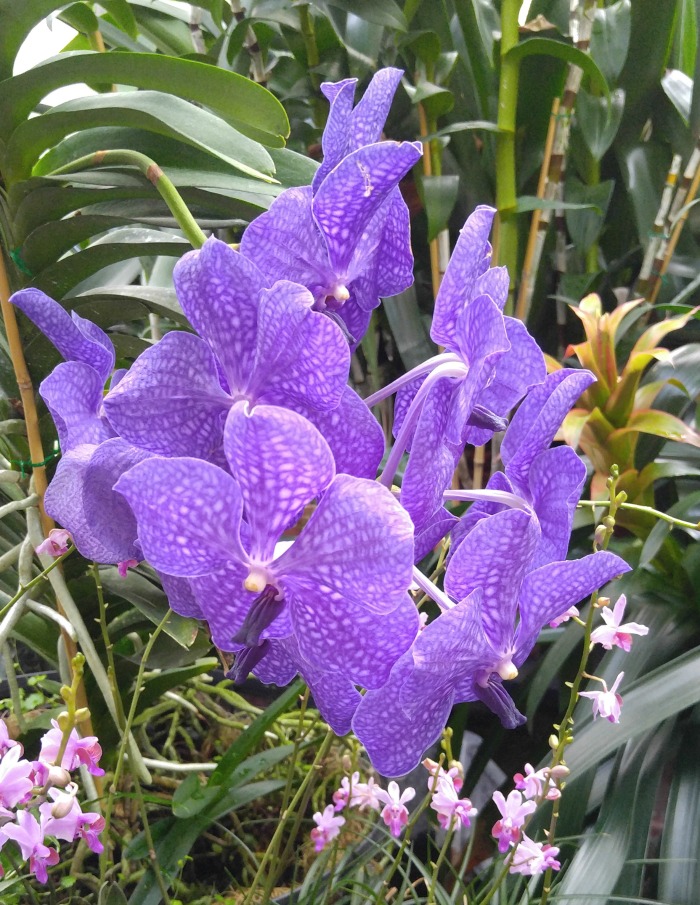 The top heavy blooms of Dendrobium orchid will often require staking. There are more than 1000 species included in this large orchid genus. The most common colors are white, yellow and lavender. 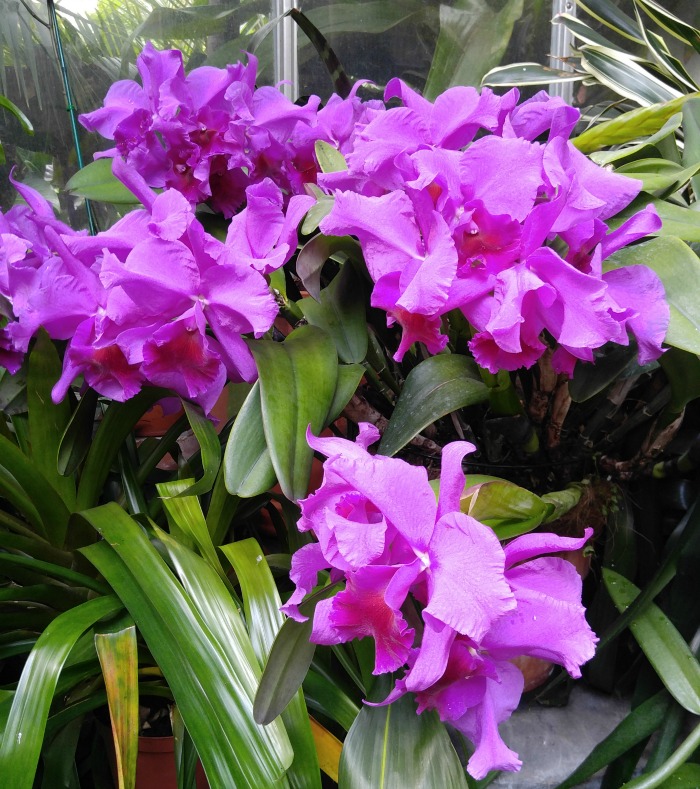 Orchids of one color. clustered together make quite an impressive display. 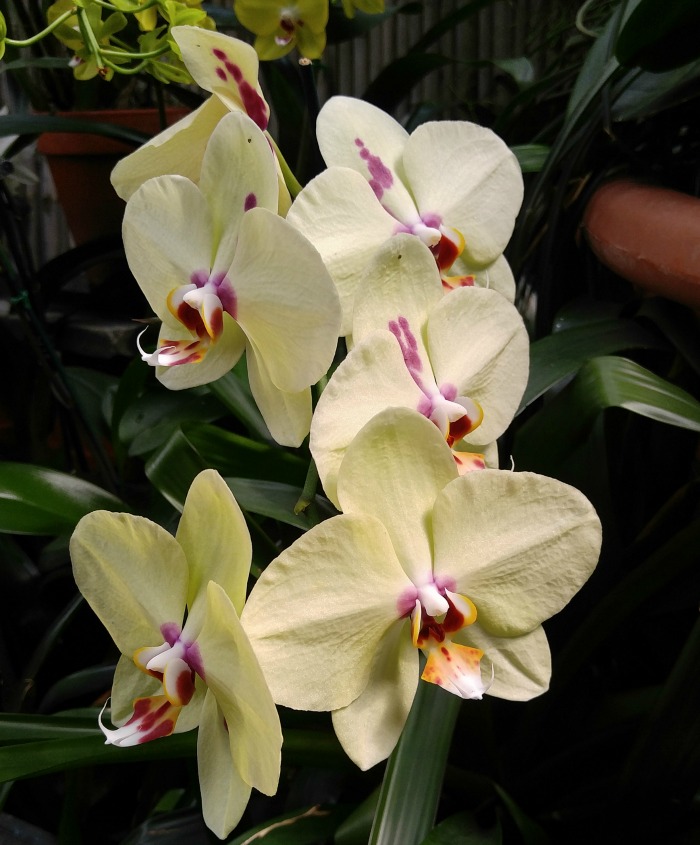 Another moth orchid. This one is very cream in color on the petals with a purple and yellow throat that really stands out. 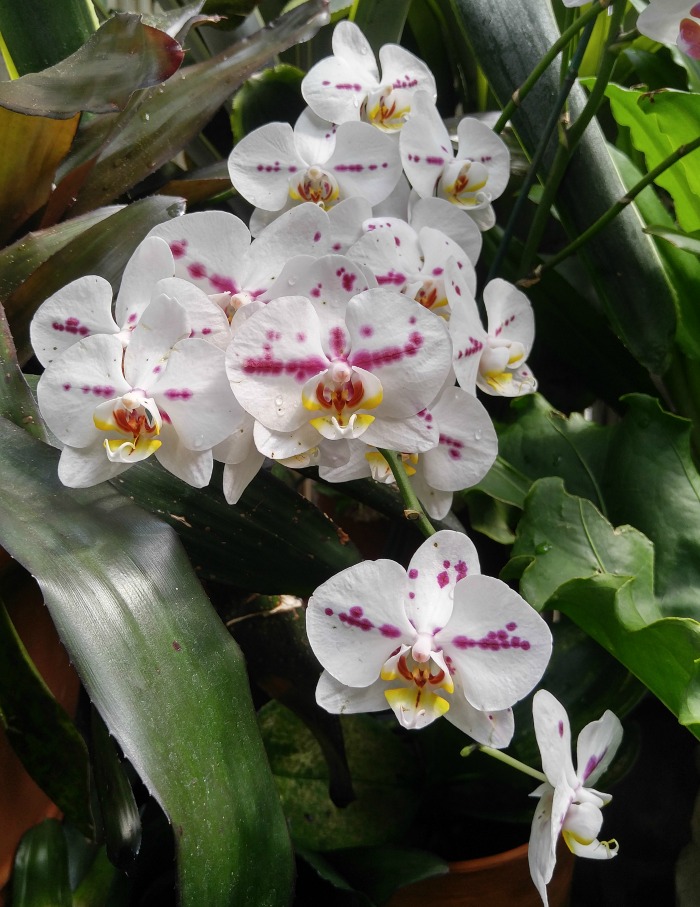 This is the same variety in bright white with the same throat but speckled leaves. The difference between the two is amazing. 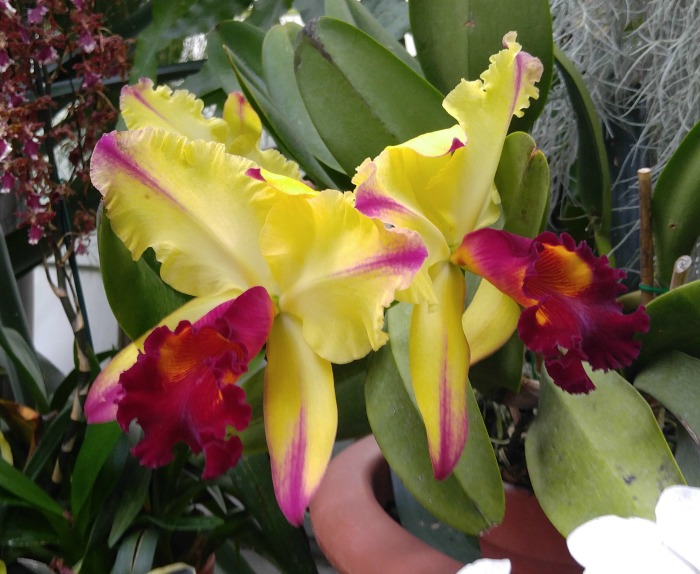 Could you get any more of a contrast that this orchid? The pale yellow makes a dramatic back drop for the purple tips and veins and the deep burgundy throat is a stunner. 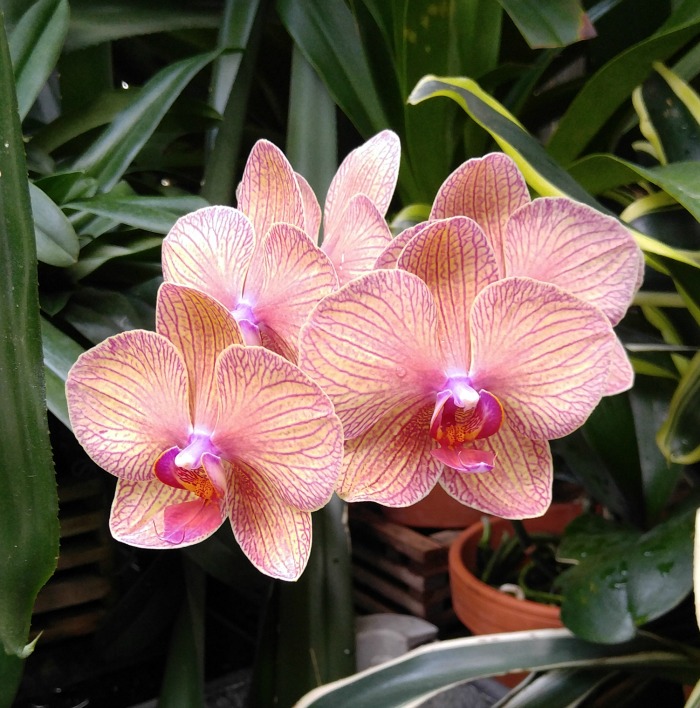 I adore the veining on the petals of this variety of moth orchid.  The colors of orchids are just amazing! Caring for orchids indoors is easy if you grow this variety. 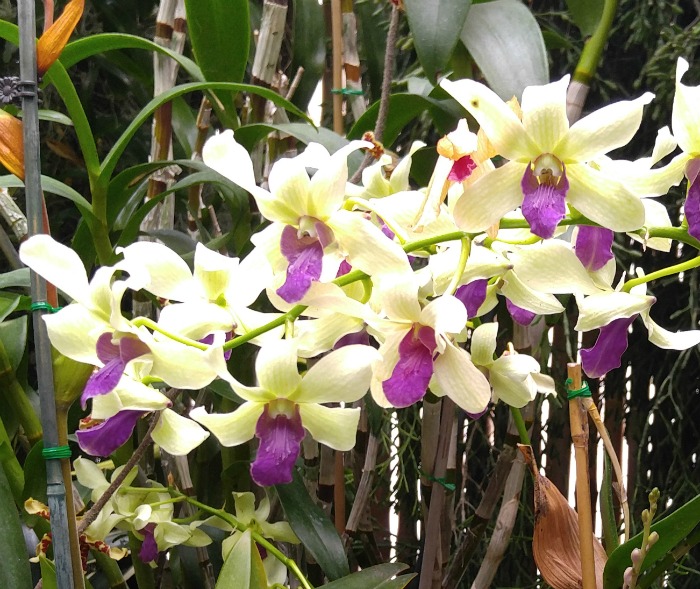 One can easily see why orchids are so popular with gardeners. The blooms will last for months and months. Imagine having this display in your home? Growing orchids is something that any gardener should give a try.

There are almost 2000 national days celebrated every year. Don’t miss a single one. Be sure to check back often to see which new national days we are featuring.

Have you grown orchids? What is your favorite type? Let us know in the comments below and share your photos.

Pin these pictures of orchids for later

Would you like a reminder of these spectacular orchid photos and facts? Just pin this post to one of your gardening boards on Pinterest so that you can easily find it later. 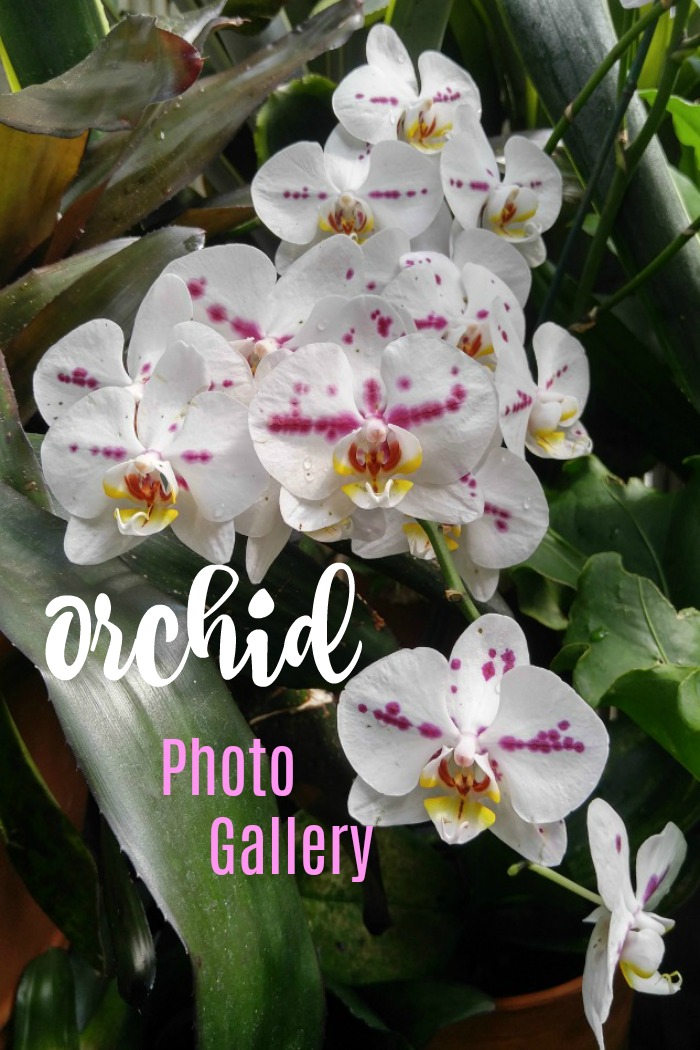