June 17 is celebrated each year as National Stewart’s Root Beer Day. It’s a great day to get your friends together to enjoy a cold glass of root beer. 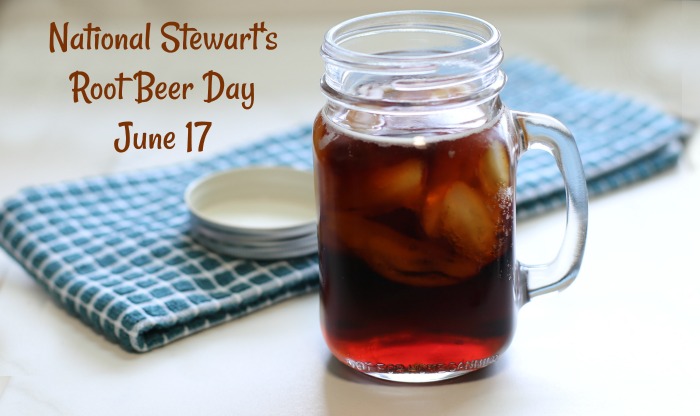 Stewart’s Root beer is a brand of old-fashioned fountain sodas made in the USA.  The brand was founded by Frank Stewart in 1924 in Mansfield Ohio.

Frank set up his first root beer stand as a way to add to his income as a school teacher.

The bottling right to Stewart’s Root beer were acquired in 1990 by the Cable Car Beverage Corporation. They added cream soda and ginger beer to the line in 1992 and several other flavors are now made.

In 2006 at the World Cup of Root Beer, Stewart’s Root Beer was named the top root beer.

What is a National Day?

National days of the year are a fun way to celebrate odd and unusual foods, animals and items that you come into contact with.  Be sure to check out my National Day’s Guide for more fun days to celebrate.

Be sure to also check out these other National Food Days this Month:

Would you like a reminder of this post for Stewart’s Root Beer Day?  Just pin this image to one of your trivia boards on Pinterest so that you can easily find it later. 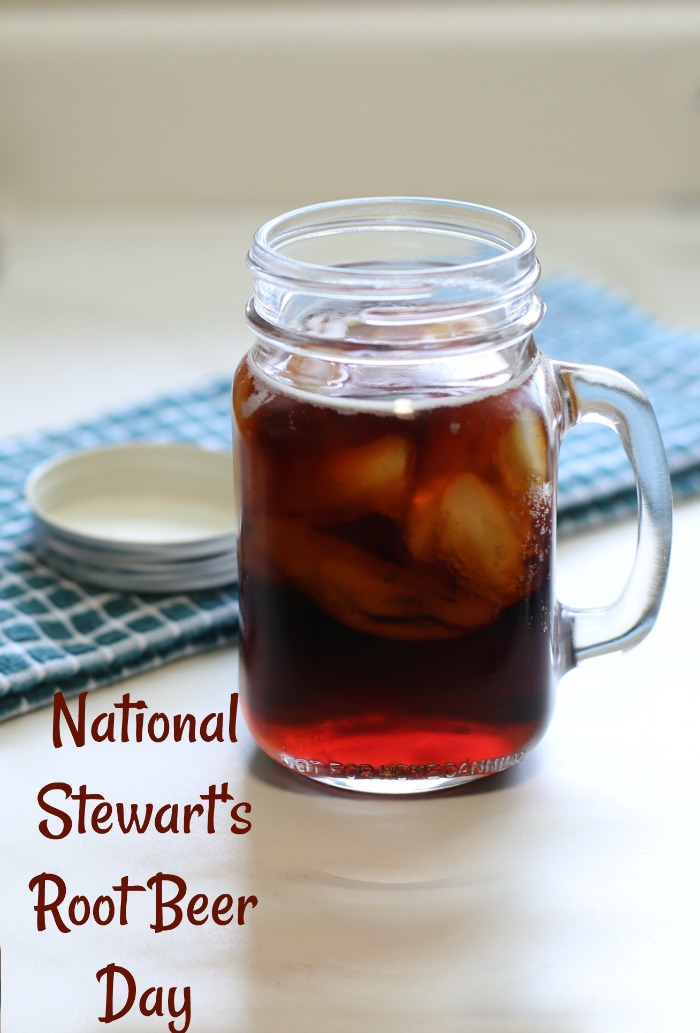