Stir together some gin and vermouth and add an olive to garnish. June 19 is National Martini Day!

Join us to discover some history about the martini and learn about the various types to enjoy.

No matter whether you enjoy your martini shaken or stirred, wet or dry or any of the other variations, today is the day to celebrate the drink that was a favorite of James Bond and many other celebrities.

One thing that’s great about martinis is that you can make them with either vodka or gin. Whichever you prefer, you will still have a great martini! 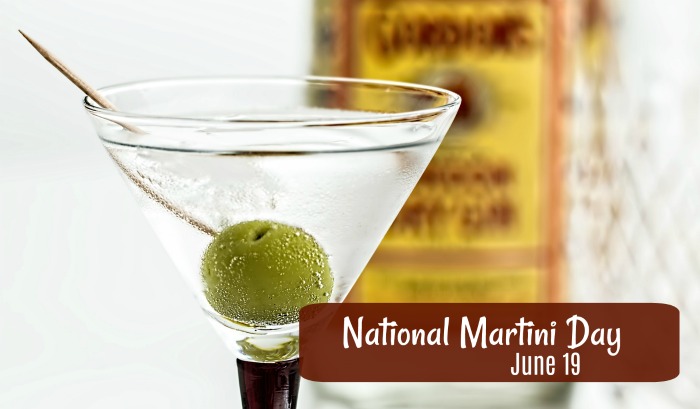 What is a Martini?

A martini is a cocktail that is made with vermouth and gin. The drink is served in a martini glass and often garnished with an olive or a lemon twist. Sometimes, it has the addition of a dash of bitters. 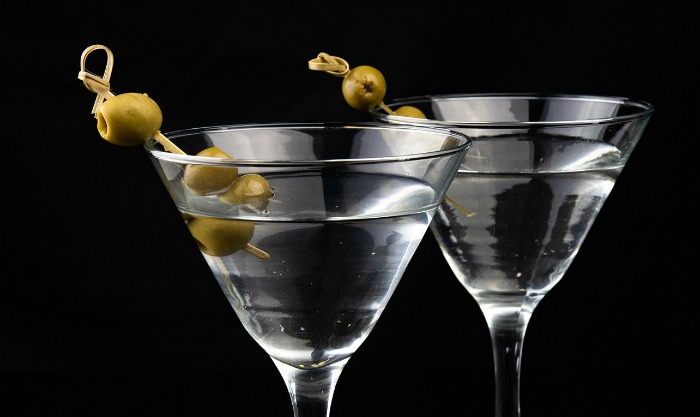 Over the years, the martini has become one of the most-known cocktails. Bartenders seem to differ on what makes the perfect martini, but all agree that it is a popular drink.

Originally, a martini was a gin based drink, but over time many people prefer, and many bartenders make, a vodka based martini.

This may have something to do with the fact that gin can be smelled on your breath after drinking it and vodka is less likely to be detected!

History of the martini

It is always fun to discover the origin of some of our favorite cocktails. Learning how they came to be can even make us appreciate them more.

If this excites you, be sure to check out the pina colada origin to learn how this popular summer cocktail came to be.

There are several ideas about the origin of the first martini.  Some drink historians believe that the martini was created in the early 1900’s by a bartender in New York named Martini. 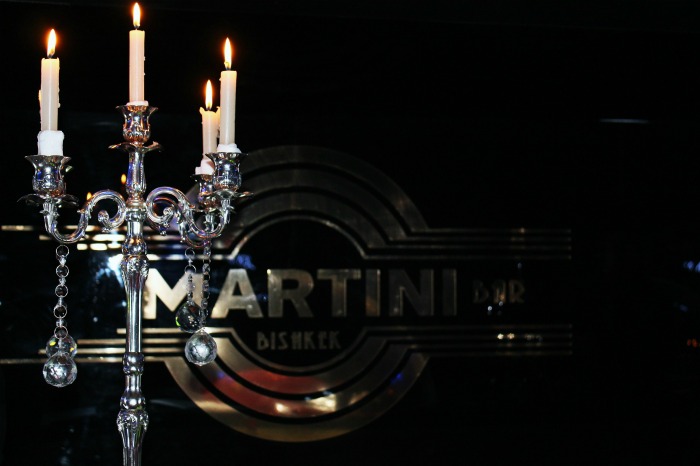 Others think that the maker of a popular vermouth brand – Martini & Rossi created the drink.

The most accepted theory is that a bartender in California who worked at the Occidental Hotel invented the drink in the late 1800’s for a miner who had just struck gold.

The story says that the miner wanted champagne to celebrate but the bar didn’t have any in stock at the time, so Jerry Thomas, the bartender made a drink with the ingredients he did have and the martini was born.

The first official mention of the martini was in 1888, when it was included in the New and Improved Illustrated Bartending Manual.

Brush up on your knowledge of martinis with these fun facts. 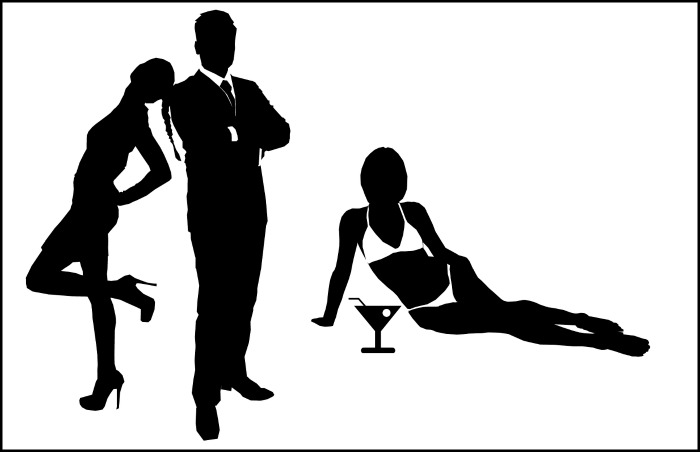 How do you garnish a martini?

Since a martini is typically made with vodka or gin, it tends to be on the dry side, rather than sweet. It stands to reason that traditional garnishes for a martini are also sour types of additions.

There is lots of room to experiment when you garnish a martini. But keep in mind that the type of garnish you use can change the taste of the actual martini so care should be taken. 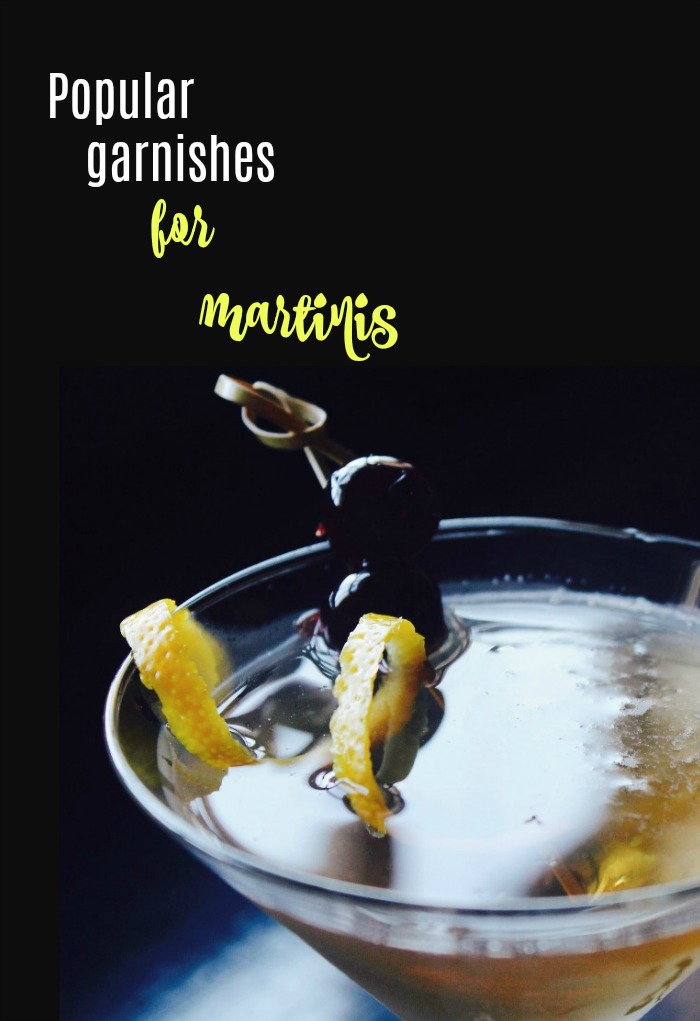 The most common type of garnish is olives and a twist of citrus.  Pickled onions are also used, but then the drink is more appropriately called a Gibson.

Other garnishes to try are cherries, sour apple slices and spicy peppers.

And if your drink is called a martini simply because it is enjoyed in a martini glass, like so many blogger martinis, then the sky is the limit when it comes to garnishes.

Just be sure to pair the taste of the drink with the garnish so that they compliment each other.

Here are some ideas:

Since the martini is such a popular drink, it stands to reason that there will be many varieties of them.  Here are some commons ones: 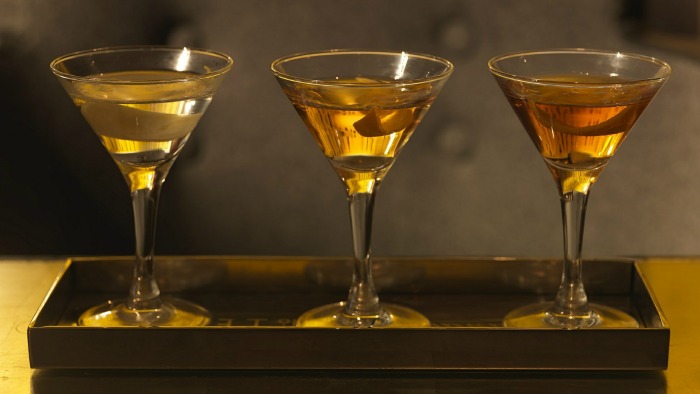 These are traditional martini variations but there are also dozens of other martini recipes made with additional ingredients which change the taste dramatically.

How to observe National Martini Day

There are lots of obvious ways to celebrate National Martini Day – just enjoy martinis today!  Here are a few other creative ideas to help honor this day.

June 19 is #NationalMartiniDay. Grab a martini glass and make your favorite drink and then head to Always the Holidays to find out more about this day. 🍸🍸🍸 Click To Tweet

A traditional martini may only use gin and vermouth, but adventuresome cocktail makers have come up with lots of other variations to try if you are not a purist.

For most of these, the martini glass is the only real connection to the actual drink, but they are still fun to try! 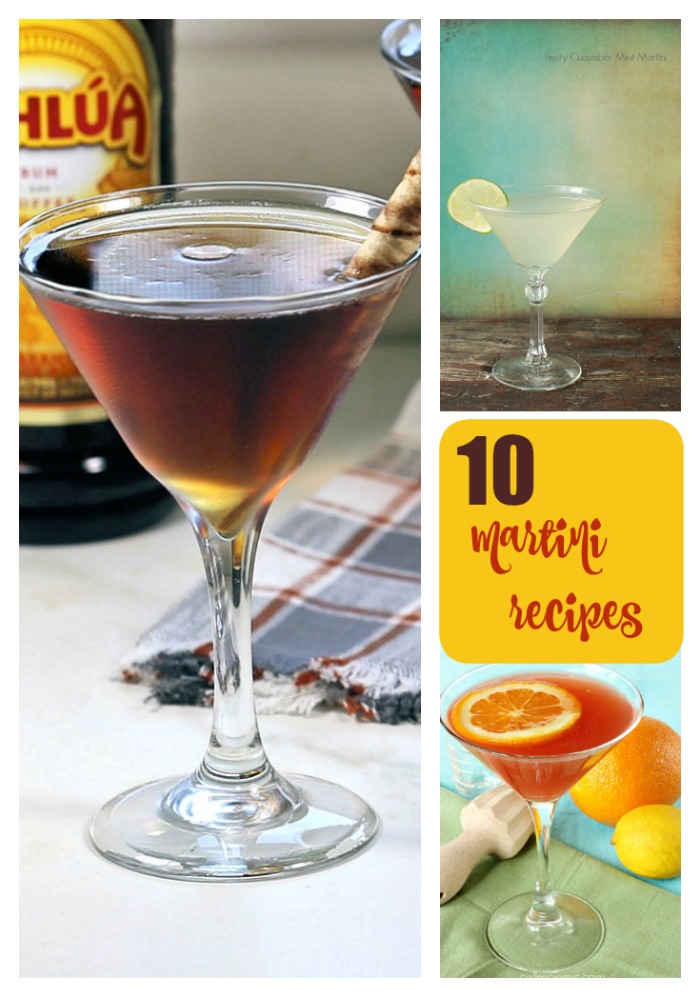 Here are a few to experiment with:

What is a national day?

Be sure to check out my national day’s guide for more fun days to celebrate. 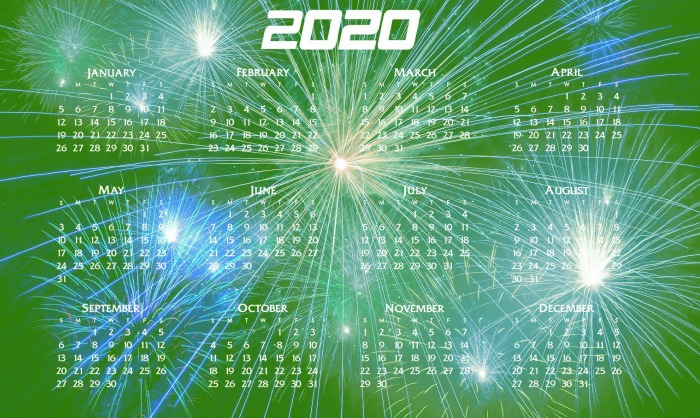 There are close to 2000 national days in the year and over 150 of them are celebrated in June. To see them all,  have a look at this post to discover more about the national days in June, as well as the June printable calendar of national days.

Is food your thing? Each day of the month has a food or drink associated with it, too. You’ll find all the June food holidays here.

Be sure to also check out these other national days devoted to cocktails:

Pin this post for National Martini Day for later

Would you like a reminder of this post for National Martini Day?  Just pin this image to one of your cocktail boards on Pinterest so that you can easily find it later. 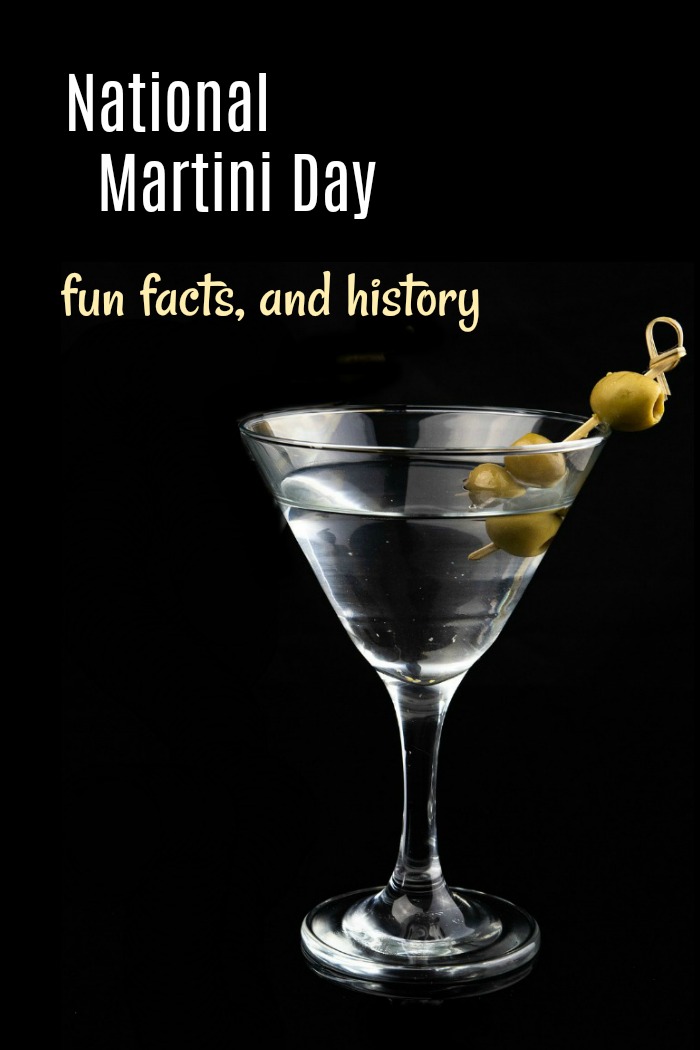 No matter your preference, we can all agree that a martin is an elegant and sophisticated drink very deserving of their own national day!

And of course, the perfect way to celebrate National Martini Day is with the classic gin martini. Print out and try the recipe below. 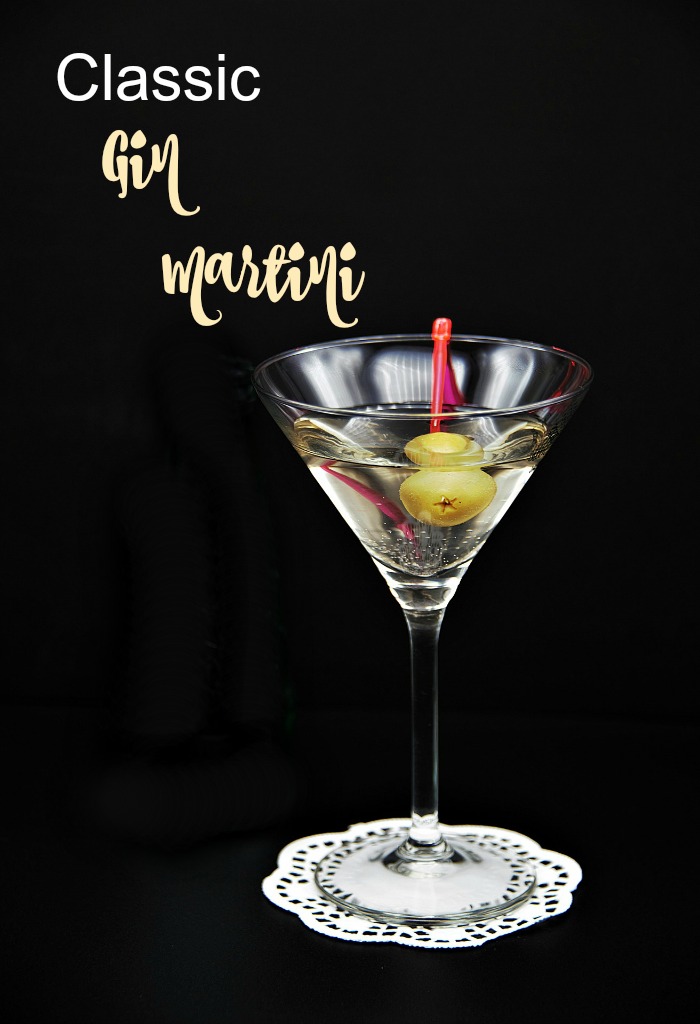