What do carnations and US presidents have in common? Read our post on National Carnation Day to learn the answer, plus more carnation facts!

Whether you love learning fun facts about history, or you just love how beautiful carnations are, National Carnation Day is for you. 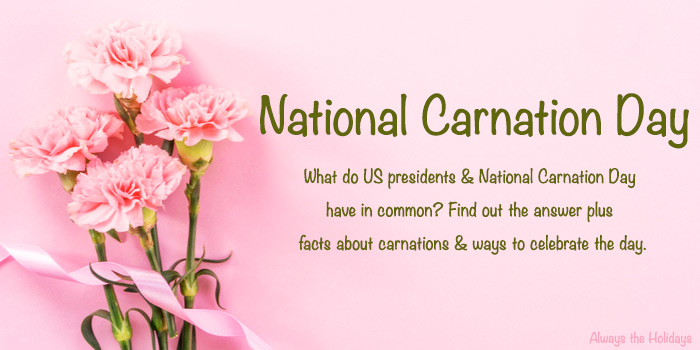 What is National Carnation Day?

He was fond of carnations and often wore them in his lapel. We celebrate National Carnation Day on January 29, which was William McKinley’s birthday. 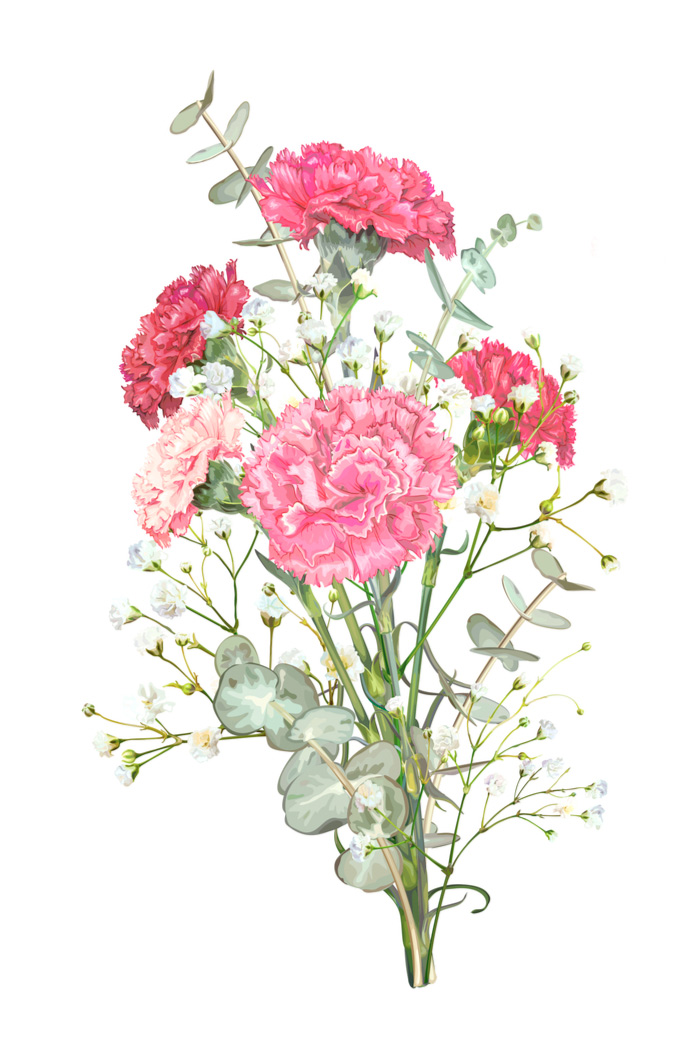 During the first few years of the holiday, National Carnation Day was celebrated on September 14, the day of his death. William McKinley was killed while in office, and is one of only four US presidents to be assassinated.

As time went on, celebrating National Carnation Day on his death day seemed too grim, so it was changed to be a January 29 national day.

Moving the national day to January is fitting, because the January birth flower is the carnation.

William McKinley’s love of carnations started in 1876. He ran, as a republican, for a seat in the US House of Representatives. His friend, Levi Lamborn, was his opponent. 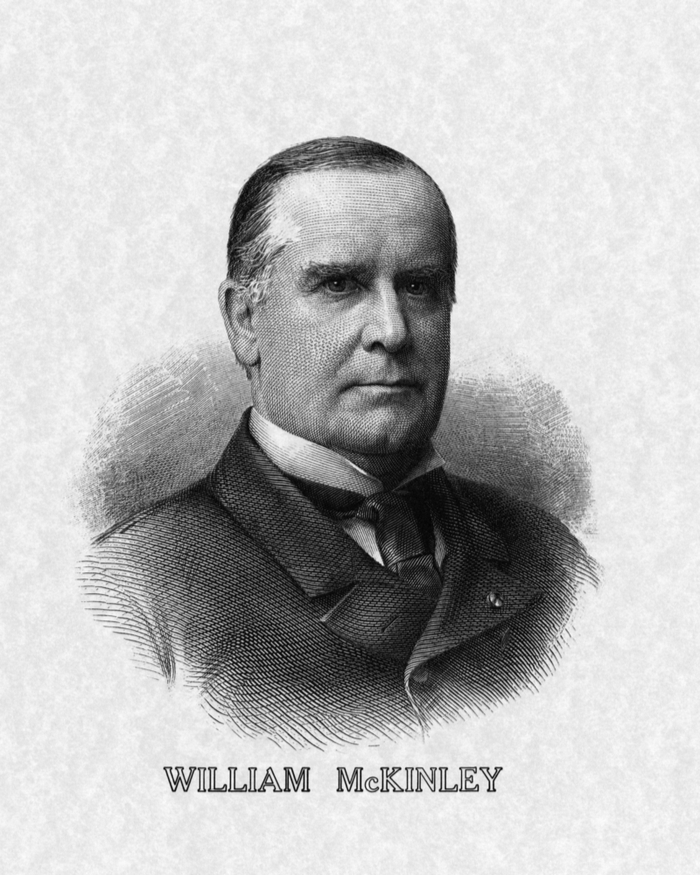 In addition to being a politician, Lamborn also happened to be an avid horticulturist.

Before the debates, he presented McKinley with a boutonniere of “Lamborn Red” carnations. They were a bright scarlet red strain of carnations that Lamborn created.

McKinley won the election, and from that moment on, he regarded carnations as good luck.

In addition to being elected to the House of Representatives, McKinley was also the governor of Ohio and the 25th president of the United States.

It was said that during his time in the White House he always kept bouquet of carnations in his office. This was due to his belief that carnations were good luck.

On September 6, 1901, McKinley was greeting his supporters outside a Pan-American Exhibition in New York. 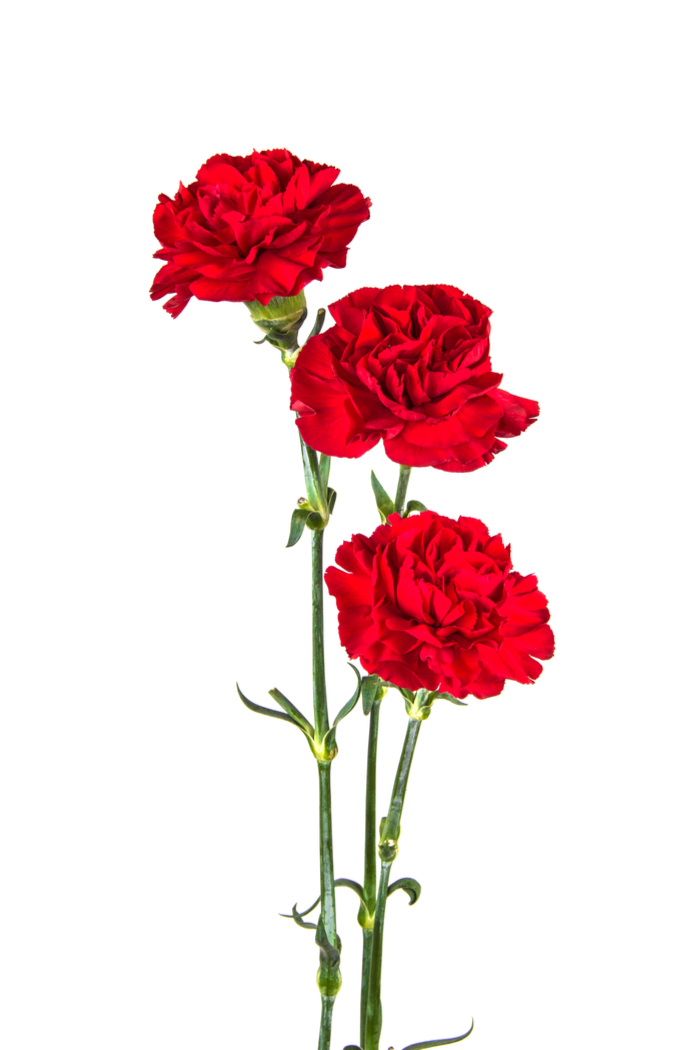 He met a little girl who saw the carnation on his lapel and asked if she could have it. Even though he was not accustomed to taking off his carnations, he gave it to her.

McKinley was taken to the hospital and eventually died eight days later, on September 14, 1901, due to his injury sustained from the shooting.

The Carnation League of America, founded by Lewis G. Reynolds, created National Carnation Day in 1903. The tradition is to honor the day (and William McKinley) by wearing a carnation.

Carnations are a symbol for different people, places and dates. Here’s a list of carnation symbolism. 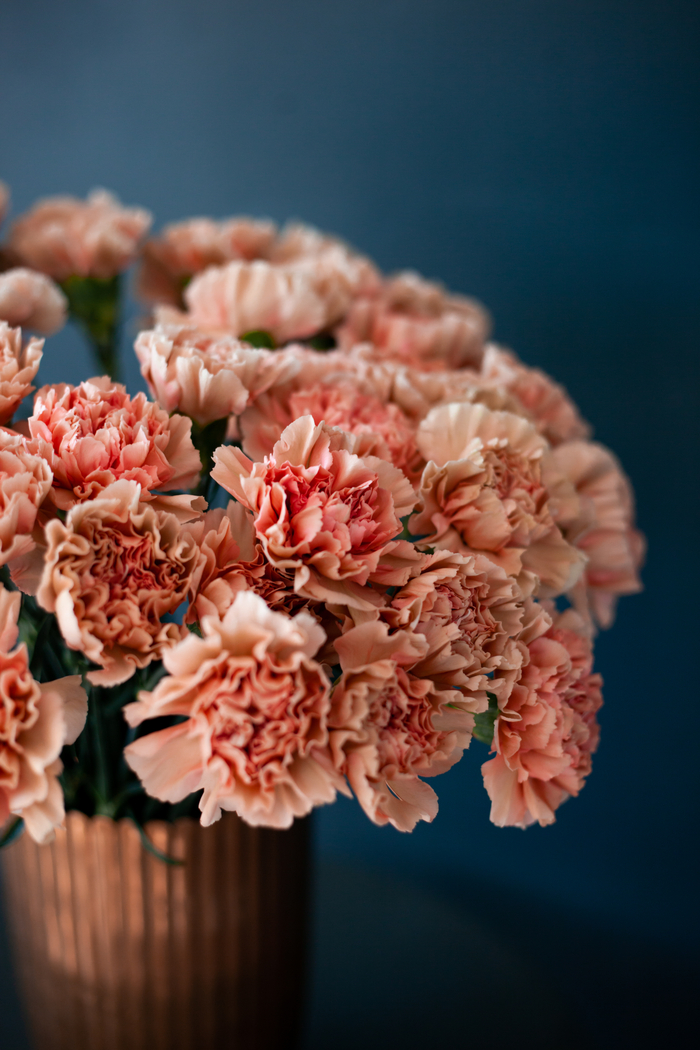 Carnations are not the only plant with symbolism! Each holiday has different plants associated with it, with special meanings.

For example, three of the symbols of Easter are Easter lilies, the dogwood tree and palm branches. Roses belong to Valentine’s Day, and poinsettias represent Christmas.

Fun facts about carnations for this January 29 national day

Brush up on your knowledge of carnations for National Carnation Day with these fun facts. Some may surprise you! 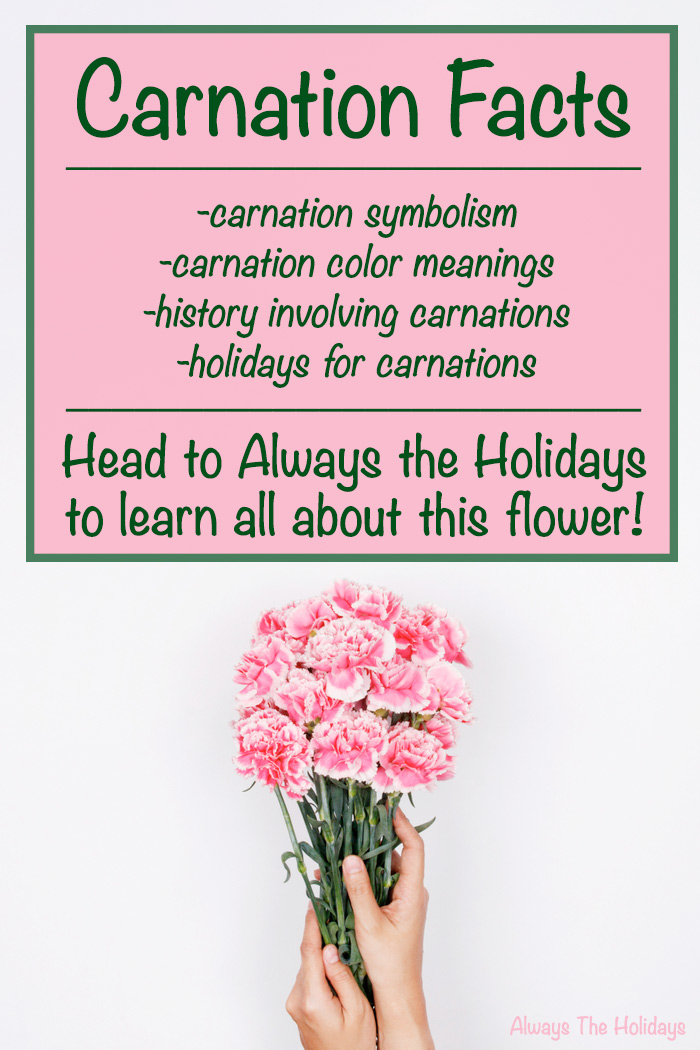 How to celebrate National Carnation Day

Would you like to celebrate National Carnation Day in a special way? Try one of these ideas. 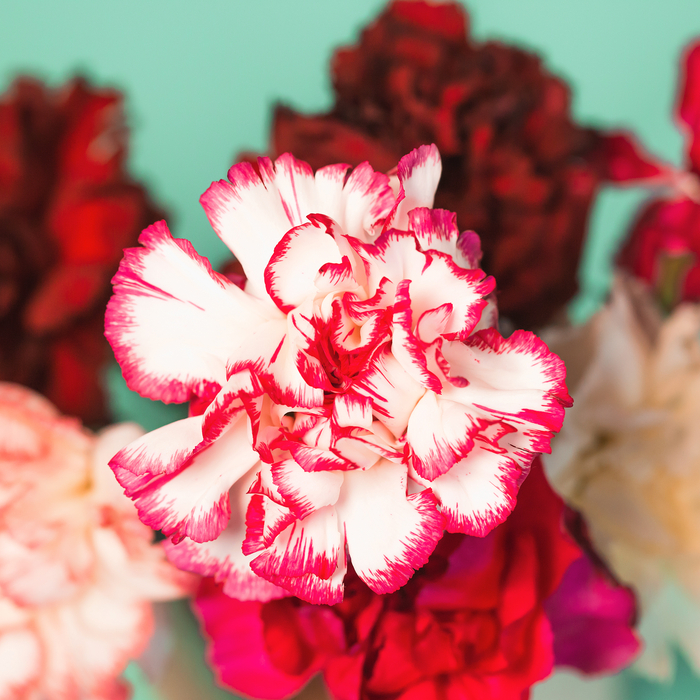 National Carnation Day is about so much more than just beautiful flowers. Head over to Always the Holidays to learn the day's history, and fun facts about carnations. 💐#NationalCarnationDay Click To Tweet

There are close to 2000 national days in the year and over 150 of them are celebrated in January.

To see them all, have a look at this post to discover more about the national days in January. 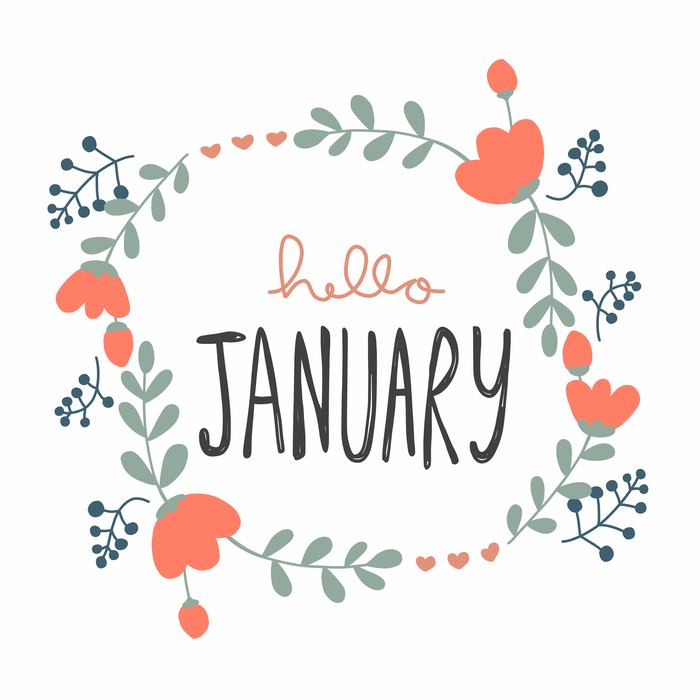 Is food your thing? Each day of the month has a food or drink associated with it, too. You’ll find all the January food holidays here.

Pin this post on National Carnation Day for later

Would you like a reminder of this post for National Carnation Day? Just pin this image to one of your trivia boards on Pinterest so that you can easily find it later. 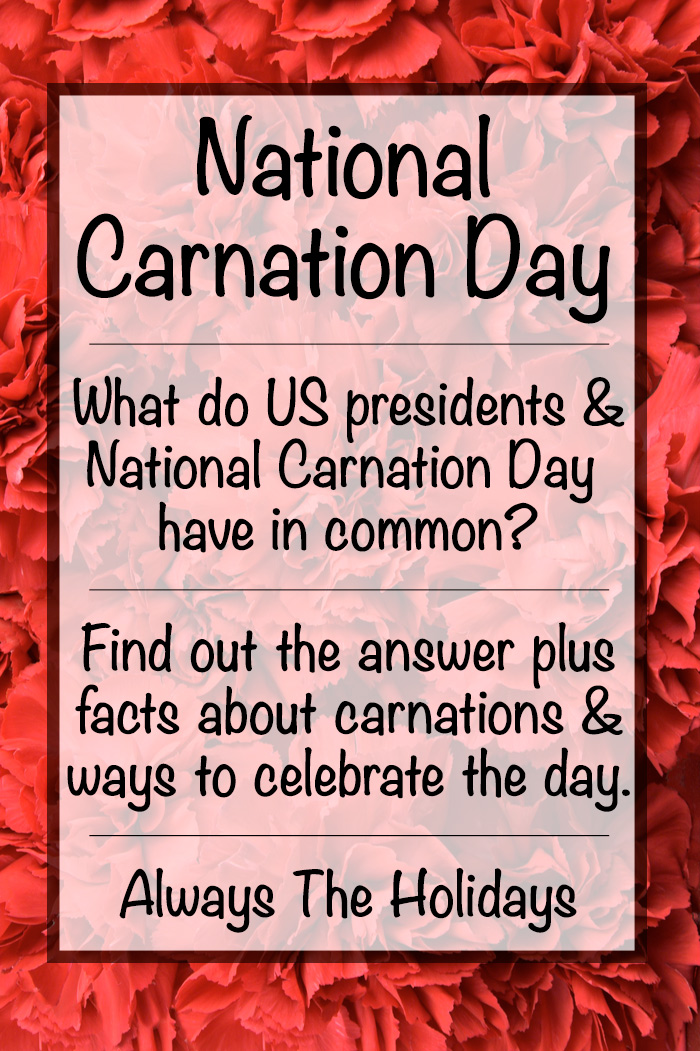