May 9 is celebrated as National Butterscotch Brownie Day. It’s a day for those who love both butterscotch and the texture of brownies to get out the cooking pans and put on their aprons. Let’s get baking!

Butterscotch brownies are also known by the terms “blondies” and “brookies”. They are a delicious baked dessert that dates back to the 19th century.

My research shows me that blondies were actually baked before the brownies became popular! 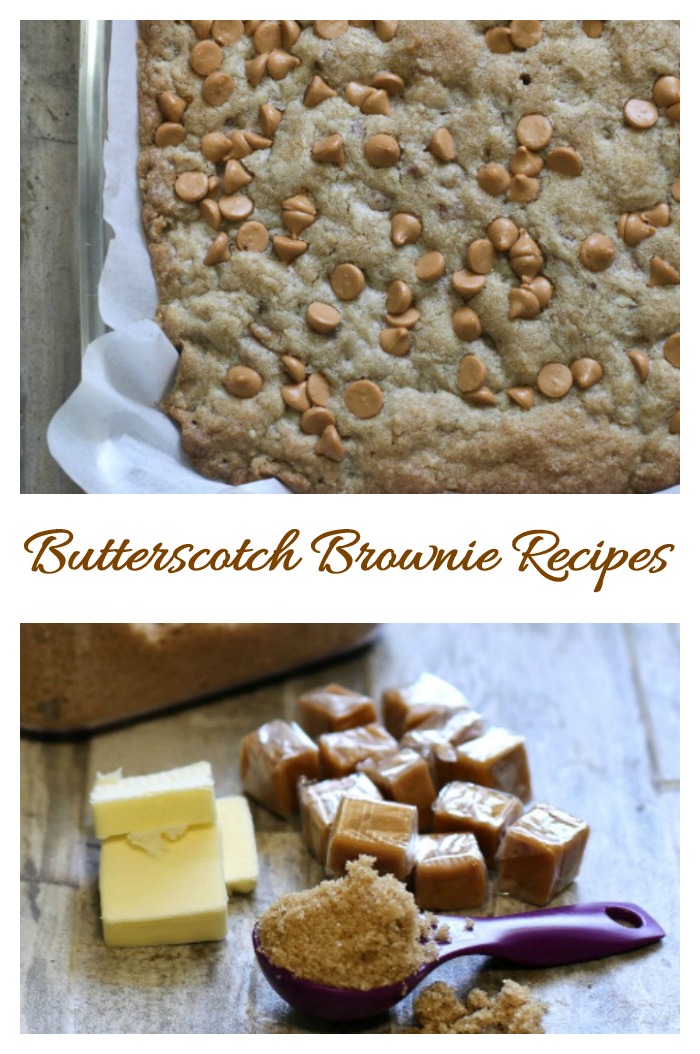 May has over 50 national food days. For lots of recipes and ideas to celebrate, check out this post.

Confused about national days? Be sure to check out my national days guide which spells out how these days became popular.

What is a blondie?

Blondies have the chewy texture of a brownie but are not based on chocolate (although some blondies do contain chocolate in some form).

It’s made the same way as a brownie – with eggs, flour, and butter, but the chocolate and white sugar are normally exchanged for vanilla extract and brown sugar.

Doing this gives the dessert a sweet taste that doesn’t need frosting. Check out the differences between brownies and blondies in more detail here.

You can also add other ingredients to blondies, such as butterscotch chips and chopped nuts, just as brownies also allow add ins. 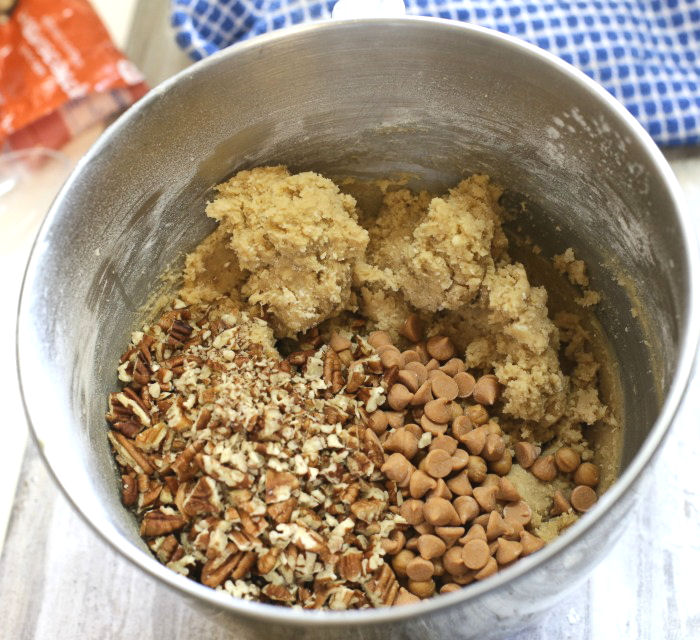 The term brookie is also used as a name for a butterscotch brownie. This term implies that the texture of the dessert is a cross between a brownie and a cookie and this is very accurate.

Trivia Fact: The name “Blondie” was first used in the 1980s and was popular even in cartoon characters, such as Dagwood Bumstead’s wife! The name had nothing to do with the baked good we know as Blondies.

How is butterscotch made?

You make the flavor of butterscotch by combining melted butter with brown sugar. In the earliest known recipes (from the late 1800s), treacle or molasses was used to add the flavor. 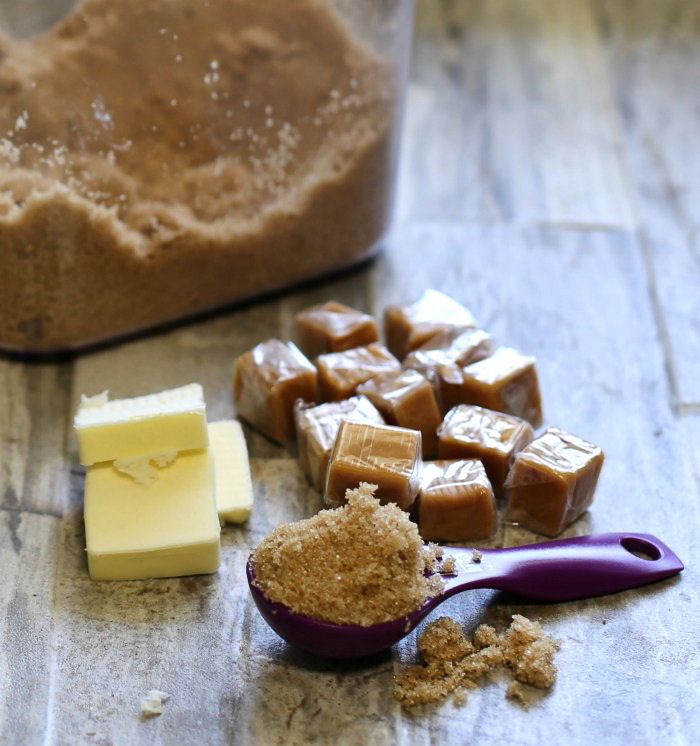 The cooking time determines the consistency of butterscotch from liquid to very hard. Short cooking times give you a syrup and the longer times (also called the hard crack stage) give you toffee, caramels or the hard candy we know as butterscotch.
To make blondies, many recipes use both brown sugar and butterscotch chips for extra flavor.

How to celebrate this special food holiday

Like all foodie holidays, eating is the perfect way to celebrate National Butterscotch Brownie Day. Here are some ideas: 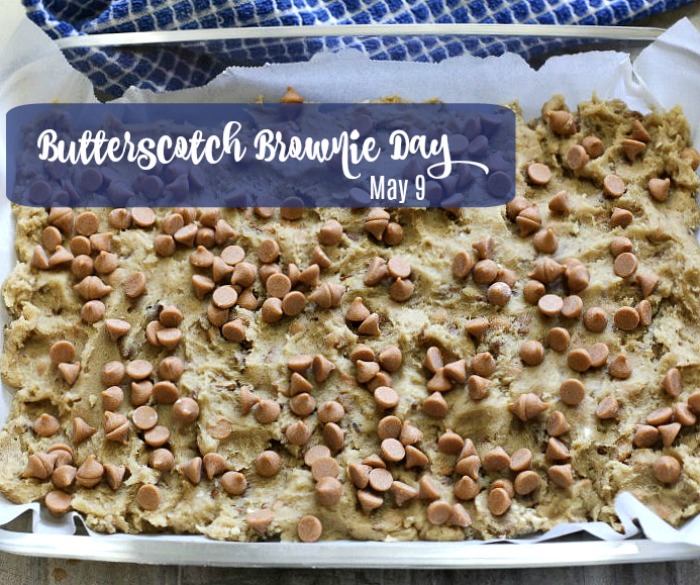 One of the best ways to celebrate any food holiday is to get cooking! Why not make a batch of one of these recipes to share with your family and friends? 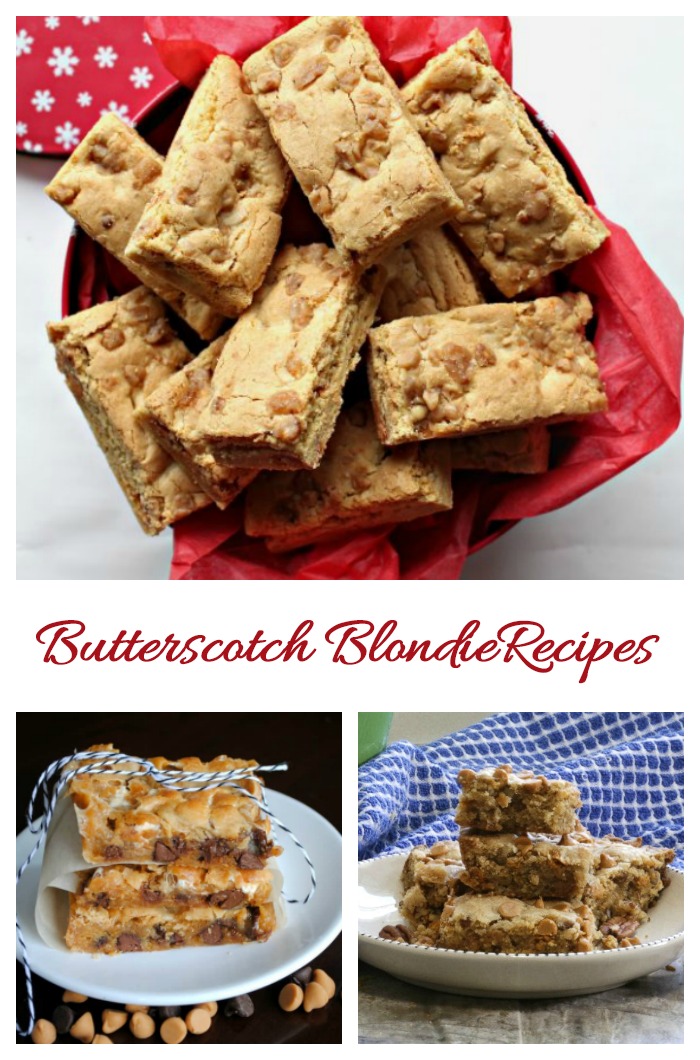 There are almost 2000 national days of the year every year and many of them are food holidays. Don’t miss any of them.

Be sure to check back often to see what day we are celebrating.  This list of national days in May has a list of all the days this month.

And if you love to do puzzle, be sure to download our free printable May word search printable. It is a useful tool for planning for the whole month.

If you’re looking for more May 9 national days, here is a list of them all:

All the brownie national days

If you like brownies, you’re in luck! It appears that brownies are pretty popular. Four days of the year are devoted to them.

What is your favorite add in for butterscotch brownies? Let me know in the comments below.

Would you like a reminder of these recipes for butterscotch brownies? Just pin this image to one of your cooking boards on Pinterest so that you can easily find it later. 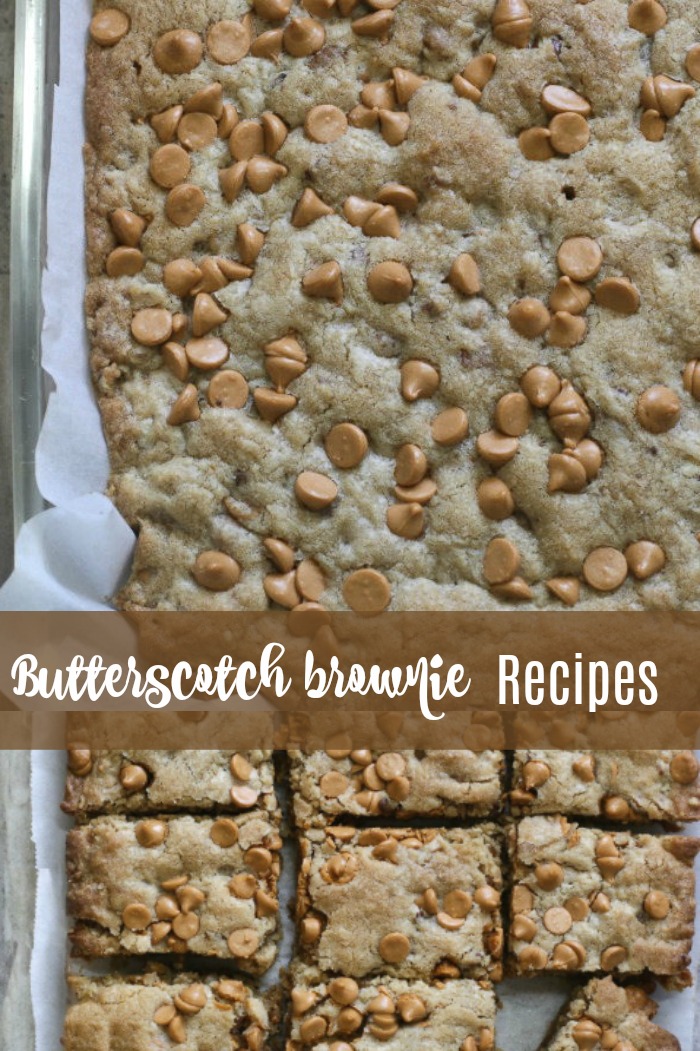