The modern bikini has a long and controversial past. It is even associated with nuclear testing in the USA! Read on to find out more about the history of the bikini and the origin of early two piece swimsuits.

The word bikini is generic term for a two-piece swimsuit that comes in many different cuts, styles, patterns and colors.

However, in addition to being the accepted term for a two-piece bathing suit, the bikini is actually the specific name given to a particular swimsuit invented and debuted in France in 1946. 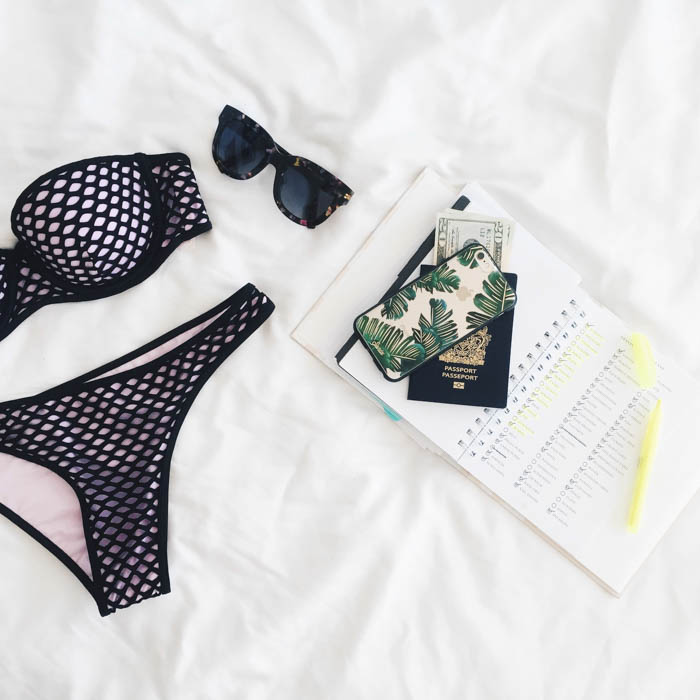 Think of it this way, the word bikini similar to the word Band-Aid. Band-Aid is the term widely used to describe adhesive bandages, and it is also the brand name of the first adhesive bandage invented in 1920!

The word bikini, like the word Band-Aid, has become both a generic reference and the term for a specific brand of that item.

It is only fitting that the bikini has its own national day! July 5 is celebrated each year as National Bikini Day.

History of the bikini

The history of national bikini day is tied to a French engineer, a Parisian exotic dancer, a United States nuclear testing site, and a post war fabric shortage! 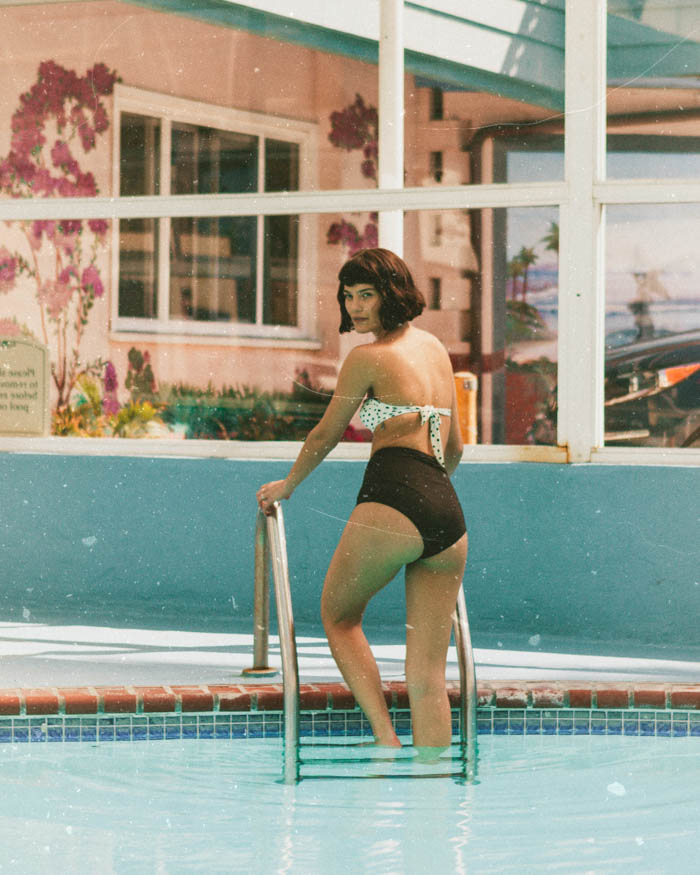 Who invented the bikini?

Historically, bikini-like costumes were depicted in Greco-Roman art as early as 1400 B.C.  However, the invention of the modern day bikini is credited to French mechanical engineer, Louis Réard in 1946. 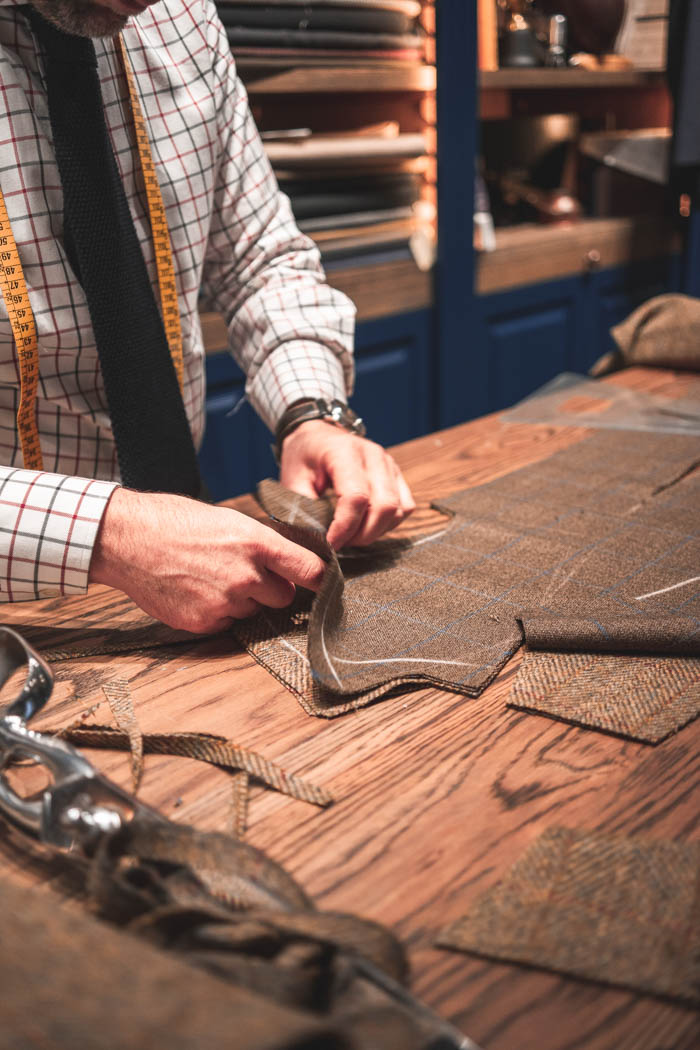 While Réard was not the first to invent a two-piece swimsuit, he did invent and patent the bikini which changed the fabric of swimwear culture entirely. 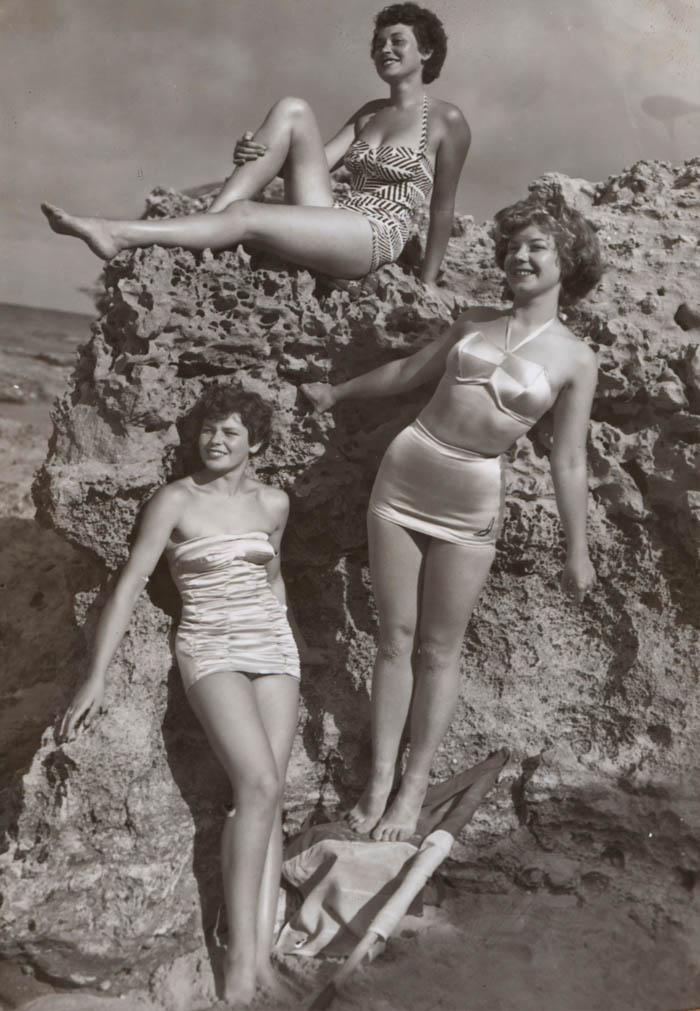 In the 1930s, two piece swimsuits began to appear in Europe, though they are not similar to the ones worn today.

They consisted of long trunk-like shorts and a long top that revealed only the most modest section of midriff.

However, the suits were still nowhere close to as revealing as our modern day bikini.

Who named the bikini?

In May of 1946 a French fashion designer named Jacques Heim created a garment called the atome, which he  declared to be the smallest swimsuit in the world.

The word “atome” translated from French means “atom“, which in 1946 was still believe to be the smallest particle of matter. It’s a perfect metaphor for this small swimsuit! 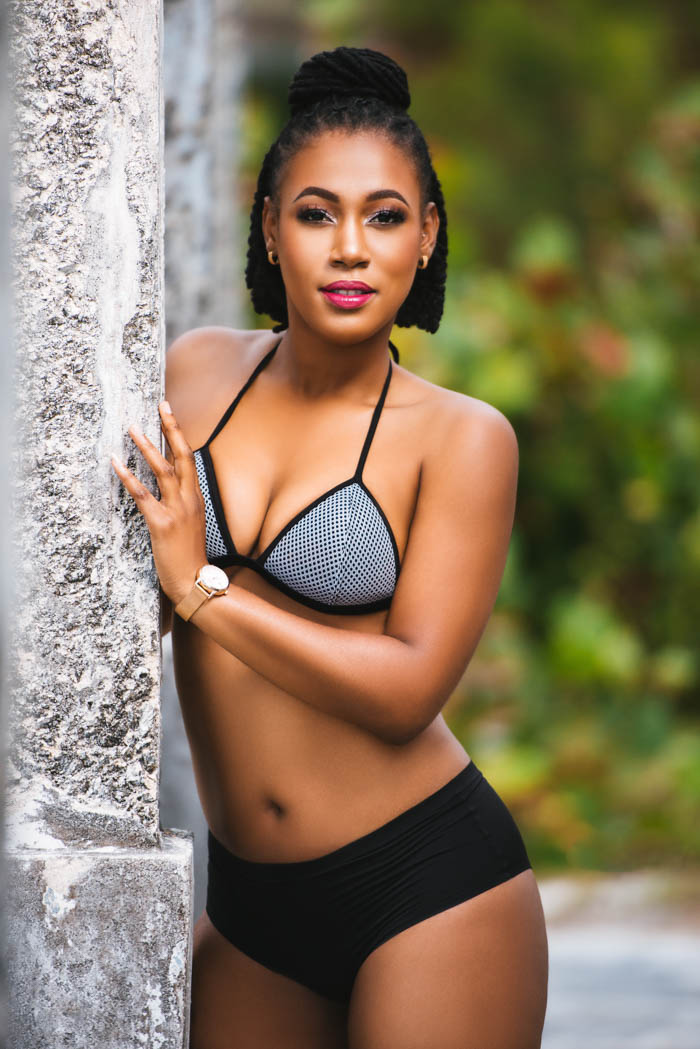 However, on July 5, 1946 the modern day bikini was officially invented by a mechanical engineer names Louis Réard.

He noticed that women were rolling the edges of their swimwear to improve their tans and this gave them the world’s smallest swimsuit yet!

Réard’s bikini was smaller than Heim’s atome, since it was the first piece of swimwear to show the navel, which shocked the general public.

Who wore the first bikini?

Louis Réard’s bikini was so small, that he had a hard time finding anyone bold enough to wear such a revealing garment. 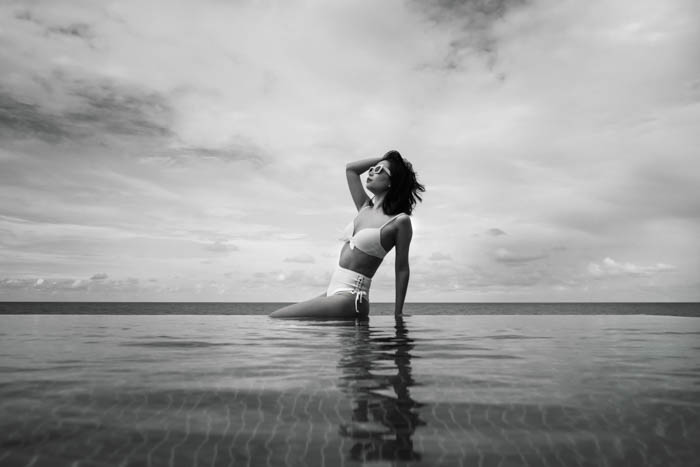 After being turned down by many fashion models, he found Micheline Bernardini.

She was 19 year old a nude dancer employed at the Casino De Paris, and she agreed to be the first to wear his daring bikini.

Michelle Bernardini debuted this scant garment during a poolside fashion event at the Piscine Molitor in Paris, and it changed swimwear as we know it.

What is Bikini Atoll? 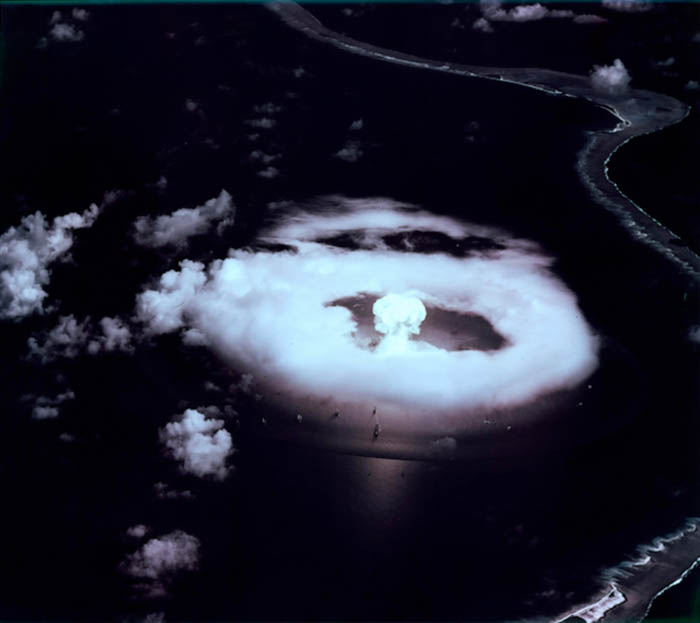 Bikini Atoll is a location in the Marshall Islands where the United States conducted nuclear testing between 1946 and 1958.

During that time 23 nuclear weapons that were tested, and the first test occurred on July 1, 1946, only four days before Réard’s release of the bikini.

The nuclear testing was prevalent in the news, and Réard capitalized on its notoriety.

He knew how explosive his swimwear garment would be to the fashion scene and gave it a name fitting of its historical impact – the bikini.

The bikini’s controversy began with its size – this tiny garment measured in at a mere 30 inches!

Since it was the first swim wear to expose the navel, and was thought of by some as indecent.

The bikini’s revolutionary small design was slow to be widely accepted. Many places banned the wearing of bikini’s because they were deemed to be too immodest. 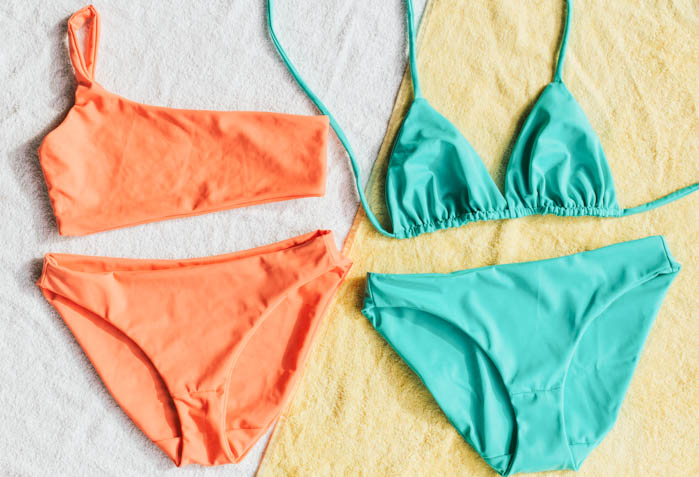 While many questioned the garment’s modesty, Micheline Bernardini garnered a stunning 50,000 fan letters from the bikini’s debut at the Piscine Molitor. Unsurprisingly, most of the letters were penned by men.

Since Jacques Heim and Louis Réard debuted their swimwear within two months of each other, there is still some debate as to who invented the bikini.

However, Réard’s patent secured the name ‘bikini’, and he is heralded as the bikini’s true inventor by the majority of people.

Fun facts about the bikini

Brush up on your knowledge of bikinis with these fun facts. Some may surprise you! 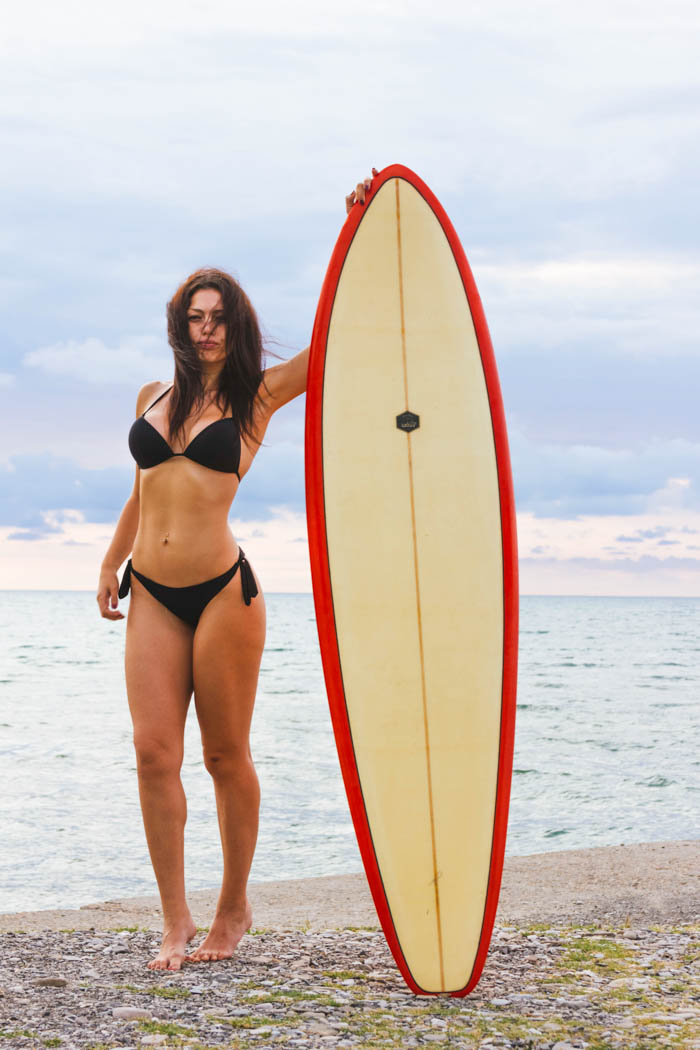 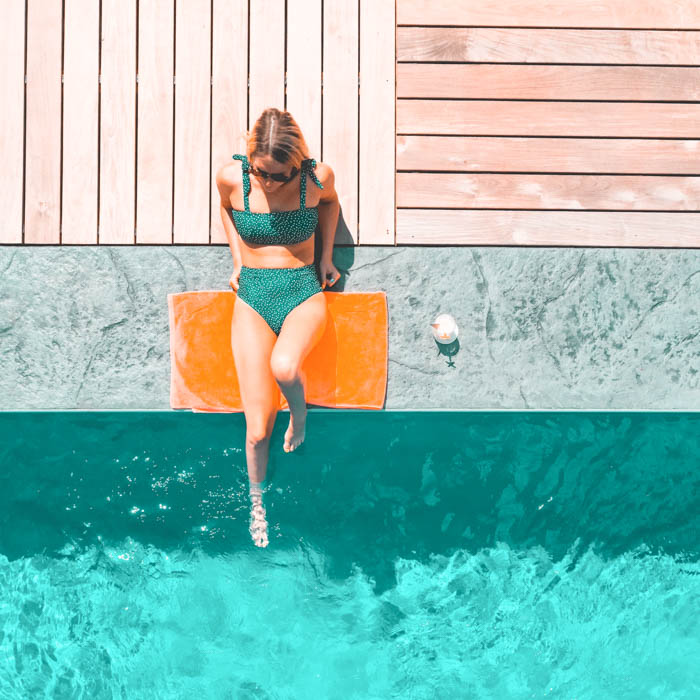 Summer is a time to head to the beach to soak up some sun. For many of us that means donning a bikini. Find out all about the history of the bikini at Always The Holidays. ☀️ 👙 🏝 Click To Tweet

The bikini is just one item with a controversial and interesting history. Many traditions and commonplace items also have an interesting origin. 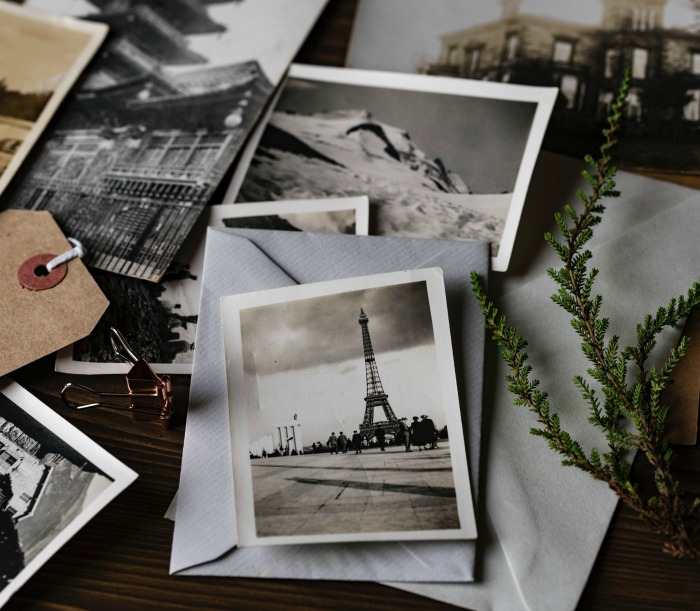 Do you like fun facts? Be sure to also check out the history of these topics. as well:

Pin this post for the history of the bikini for later

Would you like a reminder of this post about the origin of two piece swimsuits and the bikini?  Just pin this image to one of your fashion boards on Pinterest so that you can easily find it later. 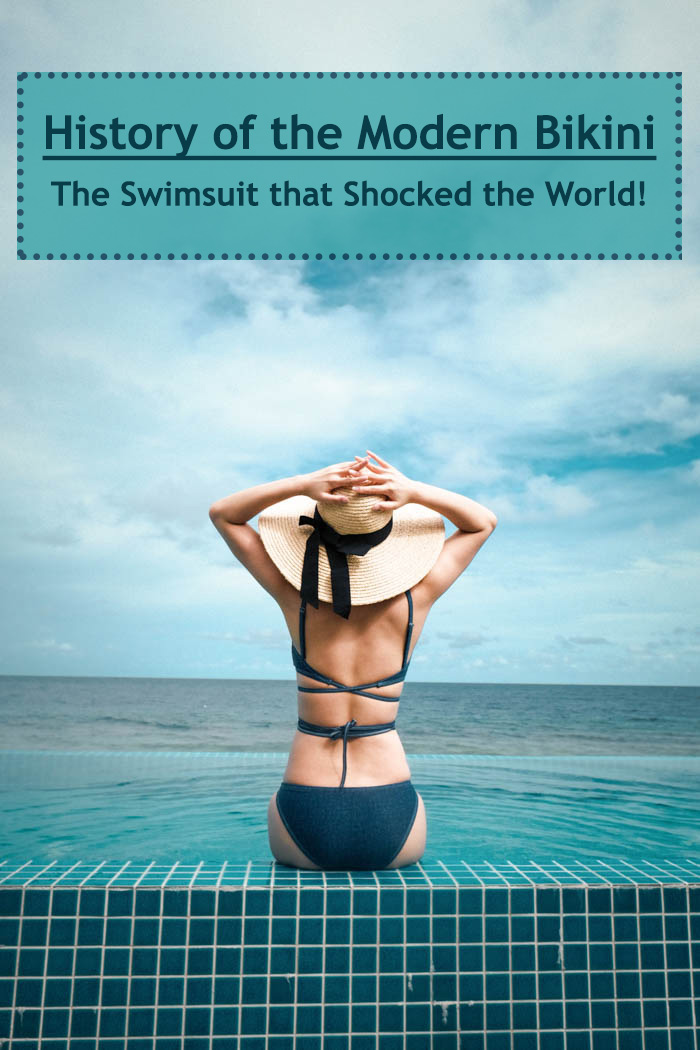