The history of vinyl records is a very important chapter of music history. Keep reading to learn how vinyl records have changed over time!

Vinyl records have undergone many changes over the years, but no matter how they have evolved over time, records have always been a vital part of music history.

Would you believe there’s even a National Vinyl Record Day dedicated to celebrating this great invention? 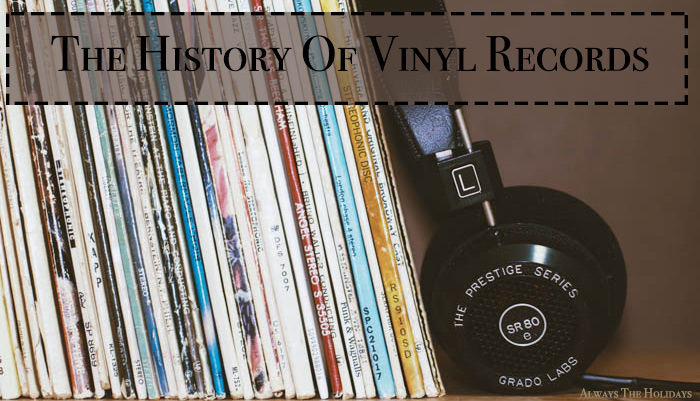 What is a vinyl record?

A vinyl record is a type of material used to store recorded sound. It is a flat disc with microgrooves running around the top (and often also the bottom) of the record. These microgrooves contain the music. 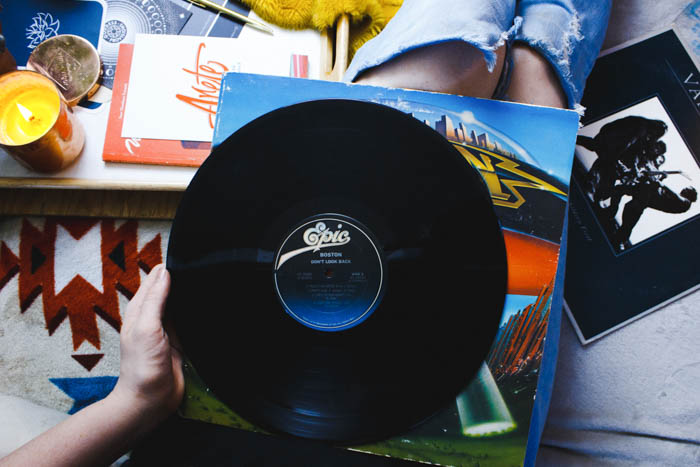 When a record is placed on a record player, it begins spinning, and a needle (also known as a stylus) is lowered into the grooves of the record.

The sound stored on records is most often music, though sometimes audio books, comedy shows and other various spoken word formats are pressed onto vinyl.

Vinyl records are also called records, or vinyl. One thing that I have found to be a pet peeve of many serious record collectors is the use of the incorrect word “vinyls”. Vinyl is both the singular and plural term for vinyl records!

Vinyl records are called “vinyl” records because of their material composition. Records today are made from polyvinyl chloride (PVC), hence the nickname vinyl. 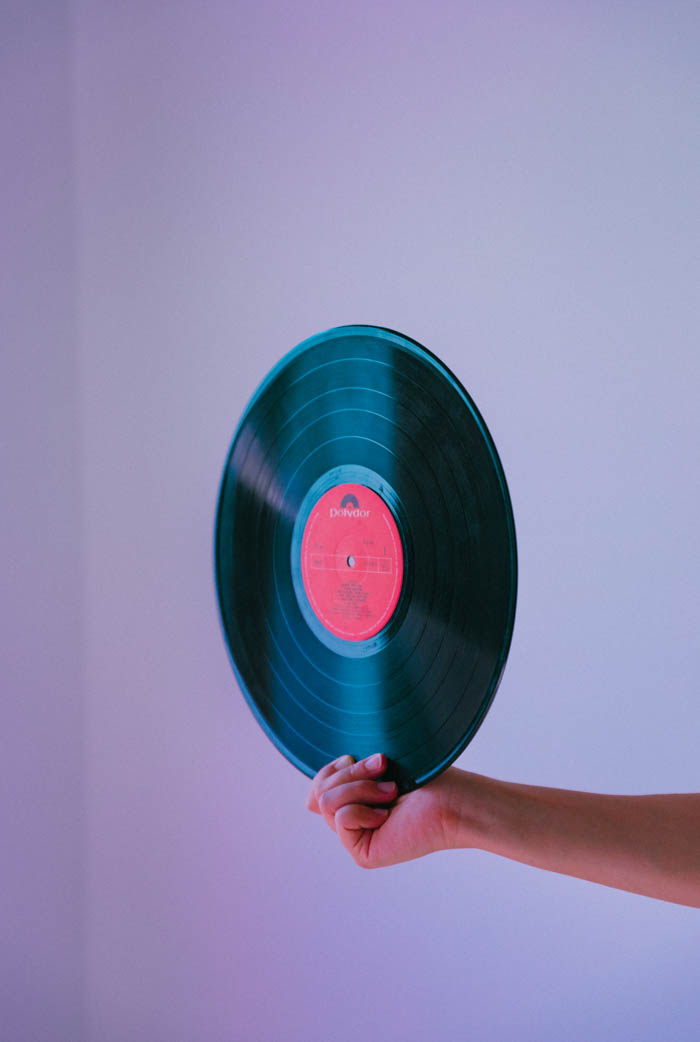 Polyvinyl chloride can be many different colors, which is why you might see some colored vinyl in your record collecting adventures!

The earliest records invented were made from shellac, so these would technically just be records, and not vinyl records. However, those shellac records are not made anymore.

Records started being pressed more frequently on vinyl partly due to less available shellac for record production during World War II.  Shellac records eventually stopped being made around 1960.

The older shellac records (also called 78s) were much more brittle and heavier than the newer vinyl records.

Vinyl records are more prone to warping and scratches than shellac records (because they’re more lightweight), but are still thought of as a better record material because they have less audio feedback.

What are the different types of records 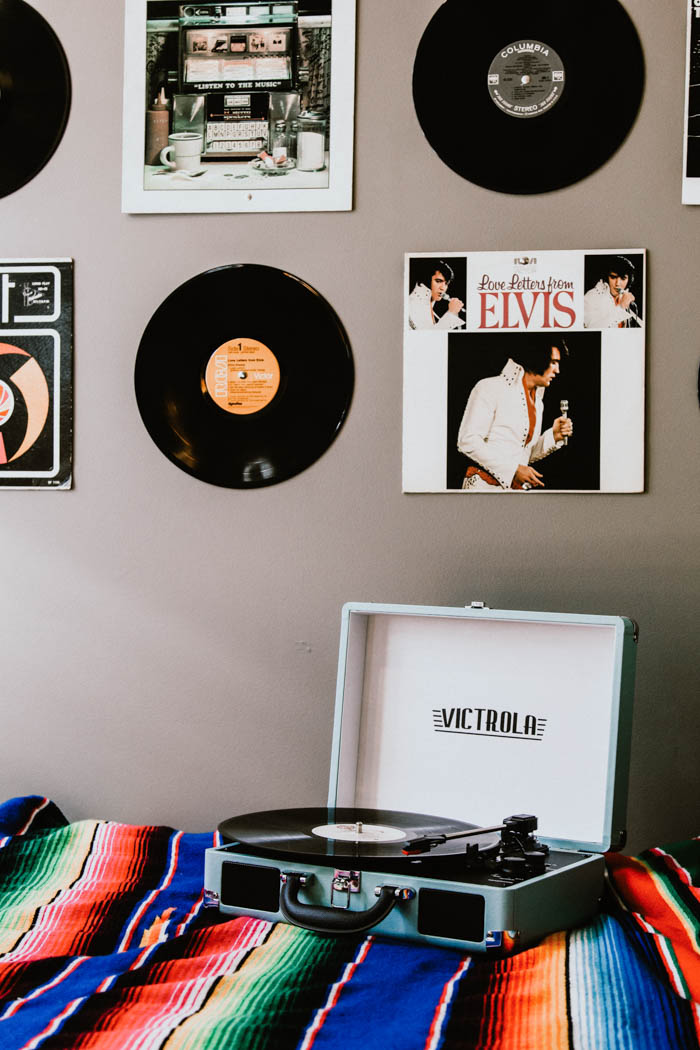 Records are also made with different rpms or revolutions per minute. The rpm is the the speed at which a vinyl spins. The most common record speeds are 331⁄3 rpm, 45 rpm and 78 rpm.

You can usually tell what speed your record is spinning by looking at the record label. Most records will have the rpm printed on the label.

Record players made today often have multiple rpm settings. You will be able to tell instantly when you lower the needle onto the record if it’s not playing at the proper speed.

You’ll know if it’s not playing at the proper speed because it will sound distorted. All you have to do is change the speed, and try again! 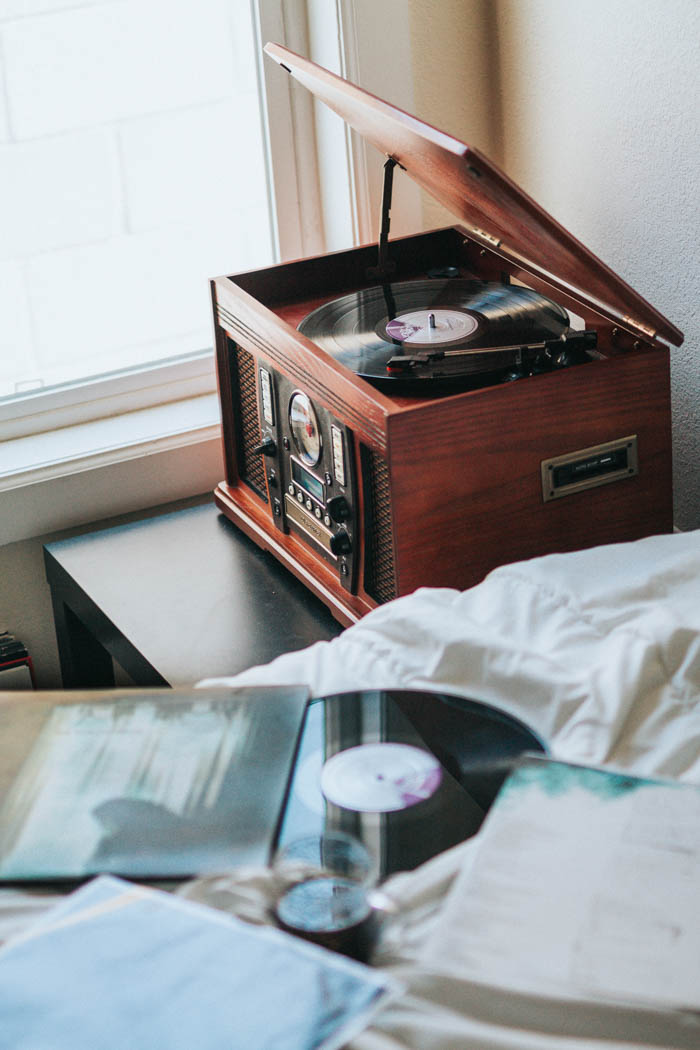 Brush up on your knowledge of vinyl records with these fun facts. Some may surprise you! 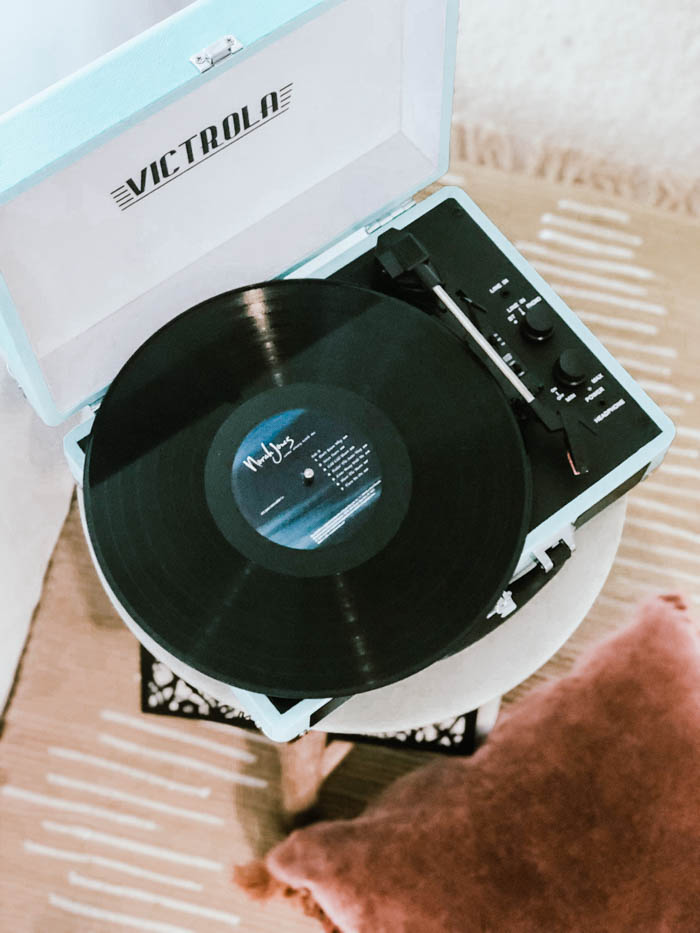 Why do we celebrate National Vinyl Record Day?

Vinyl records are such a popular topic (both historically and today) that they even have their own national day!  August 12th is National Vinyl Record Day and there are lots of reasons to celebrate it! 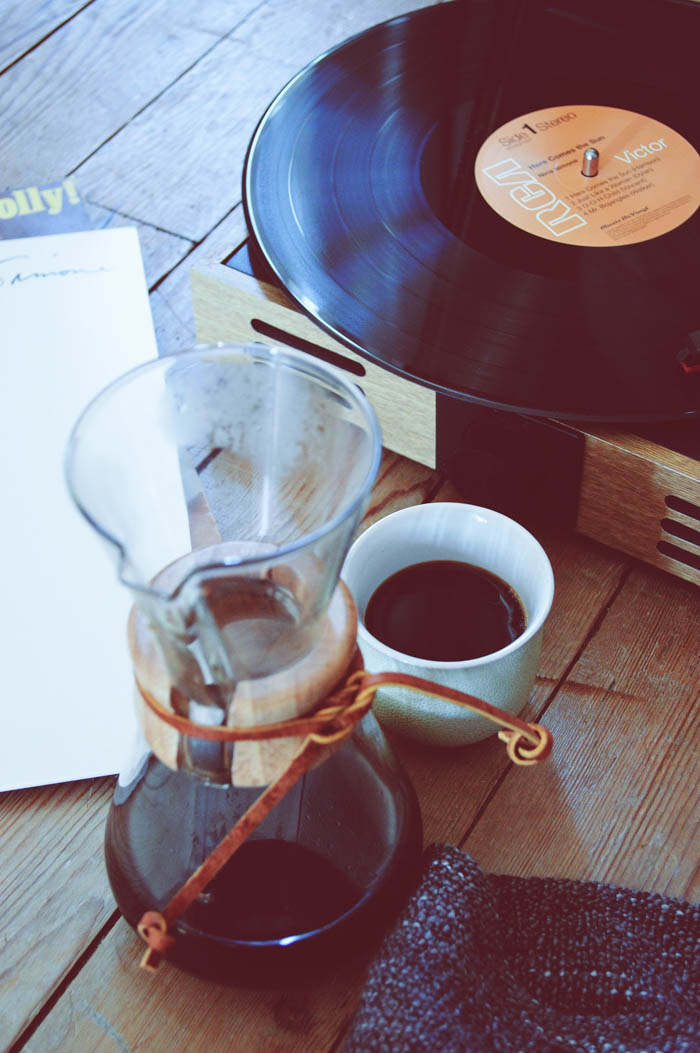 Take a trip back in time to celebrate the history of vinyl records. To learn how records have evolved over the ages, head to Always The Holidays! 🎧 🤩 🎙 Click To Tweet

Is food your thing? Each day of the month has a food or drink associated with it, too. You’ll find all the August food holidays here.

Be sure to also check out these posts to learn more historical fun facts! 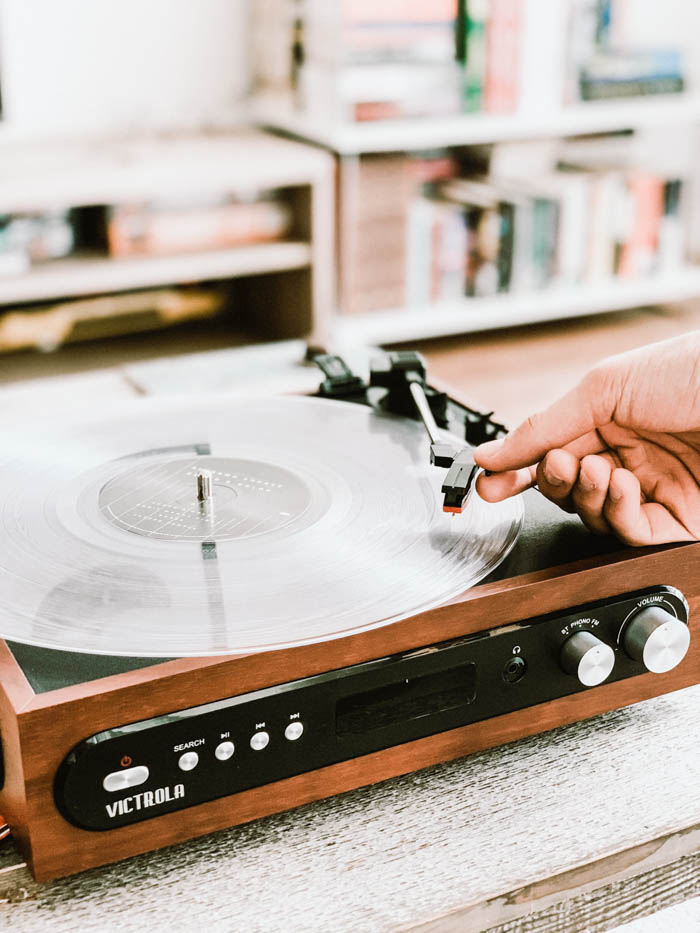 Pin this post about the history of vinyl records for later

Would you like a reminder of this post for the history of vinyl records? Just pin this image to one of your trivia boards on Pinterest so that you can easily find it later. 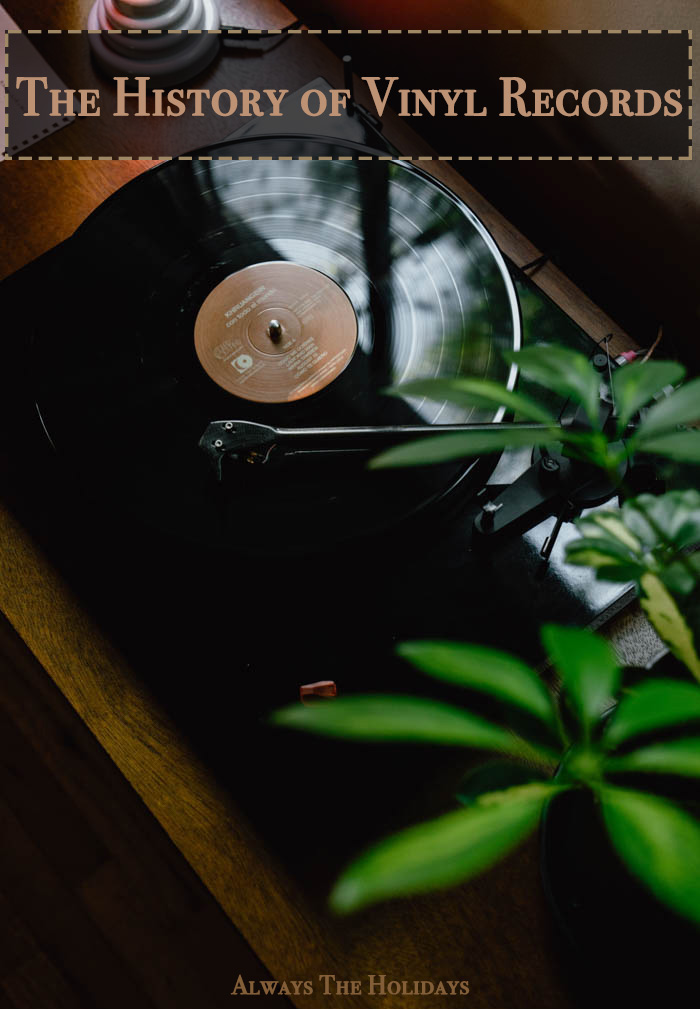 love this piece on Albums and Vinyl's, thanks. What was the weight of each disc ?