This list of Food Days in January starts our year out in a tasty way. Almost every day of the month has a food or drink associated with it which makes it very easy to have fun with friends. We are starting a whole new year, which gives us over 365 food days to celebrate.

There are so many special days to celebrate with food in the month of January.  From recovering after a hangover with National Bloody Mary Day on January 1, to enjoying a cup of cocoa on National Hot Chocolate day on January 31, the month is full of special days about food and drink.

Many of us make resolutions in the month of January that are related to having a better diet and we gave a day devoted to helping us stick to those New Year’s Resolutions.

If you are a foodie, you may find your self asking the question “Today is national what food day?”  And you will also find that you’ll be on the lookout for a special day to feature for one of your recipes or entertaining events.

National Days are the perfect way to tie food and celebrations together. Nothing quite says winter like  fun snowman cake pops for World Snowman day, does it?

We can prepare recipes to tie in with any national day, but when the day is a foodie day, it makes it all the easier! What is a national day, you might ask?

Be sure to check out my National Days Guide for lots of information about how these fun days get started. And also be sure to check out the printable word search puzzle for January so that you can have a list of special days handy.

What is a national food day?

Think of those magazines and cookbooks where on each day of the month, the author tells you what you’ll be cooking that day. (Diet cookbooks often do this to take the choice out of planning.)

National Food Days are the online’s way of telling you what you could cook that day based on what the national day of the month is.

January is a cold month for many of us, so it’s appropriate that the foods honored this month are sometimes quite warm and toasty.  (Strawberry ice cream day is an odd exception!)

It is not just days of the month that are associated with food.  Sometimes the whole month is known for a certain type of food.  For January we observe these foods:

We often think of getting a refresh with New Year’s Resolutions in early January, but the month is also filled with some decadent foods, as well.

Here is a list of all the January Food Holidays to look forward to. Most are labeled national days (or international days) and others are just labeled by the food itself.

I have also given you lots of ideas for recipes and other ways to celebrate these Foodie National Days. Have fun!

There is one special day in January where you can share most of these food treats.  The day is January 26 – National Spouses Day – a Day to show your special person how much you care by cooking up their favorite meals and treats.

Some of the days in the list are links to pages on my site where I talk in detail about the food.  Be sure to check back often. I add new links to this page each week.

We are halfway through the month and look at all the national food holidays we have covered already! There is so much more to come, too! Perhaps one of these national days in the next two weeks will be right up your alley. 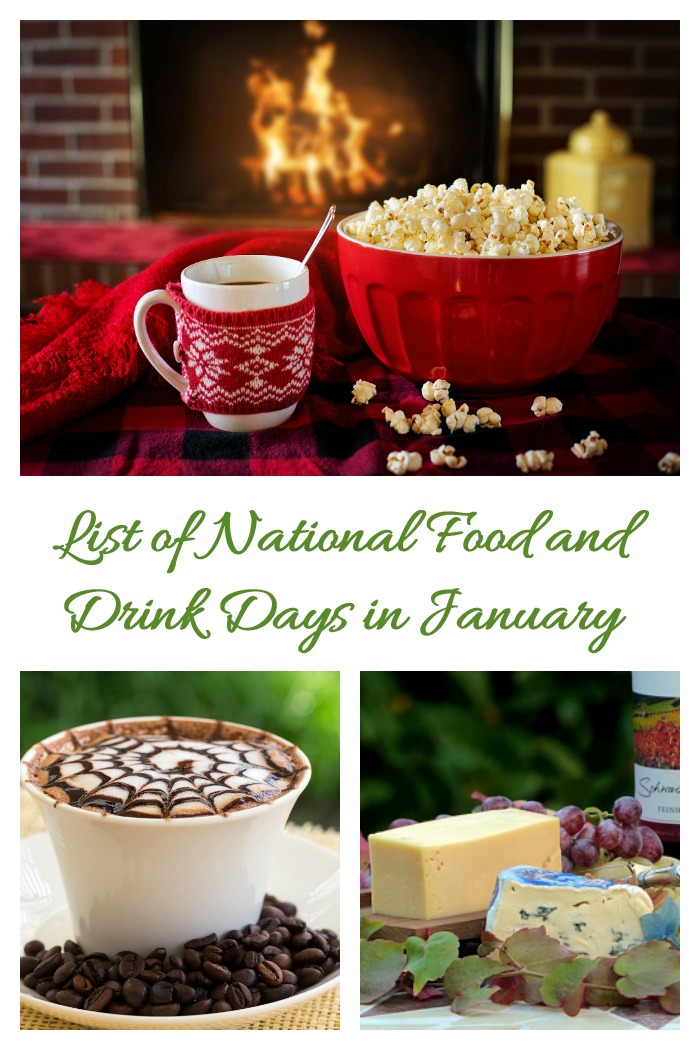 Just a week left. Which day will you celebrate?

It is not just food that has a national day celebrated with it during January. All sorts of topics get made into National days. Check out my list of National Days of January for the complete list of days to celebrate.

Looking for More Inspiration? Be sure to check out my Pinterest National Days Board. It has loads of ideas for all national food days of the year. 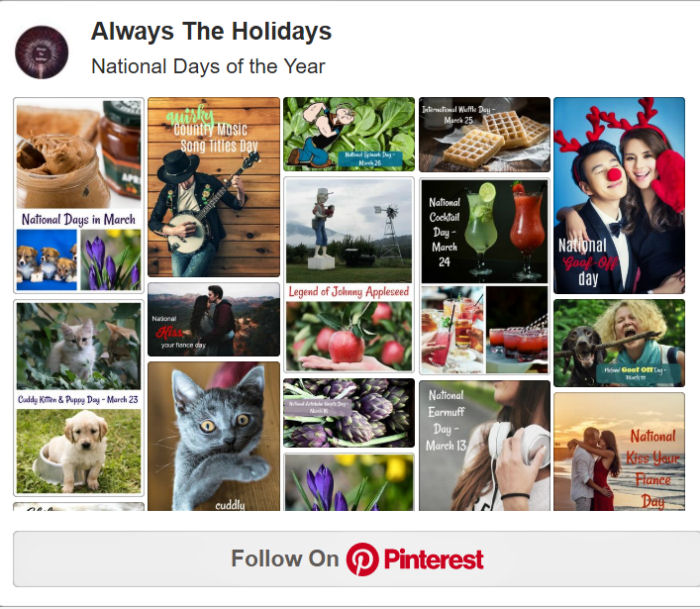 January is the beginning of the year.  It’s a time for new beginnings, but these National Food Days in January seem more like we are celebrating old traditions.

The holidays of December are finished but the celebrating is anything but over on New Year’s Day.  Each of these food holidays is a day to have a party.

Great content, informative and helpful. Thanks for posting, this is a lot of help.