These adorable turkey cupcakes will make be the star of your Thanksgiving dessert table. They are colorful and bright and will be gobbled up in a flash!

It’s hard to believe that Thanksgiving is just around the corner. This means lots of turkey with gravy and stuffing and lots of fun turkey inspired desserts.

But don’t let the turkeys stop there. This adorable Thanksgiving dessert idea is so much fun to make and the kids will love to help out (as well as to eat the turkeys when you are done!)

These dessert are particularly appropriate for Thanksgiving, because turkeys are actually one of the six main symbols of Thanksgiving. 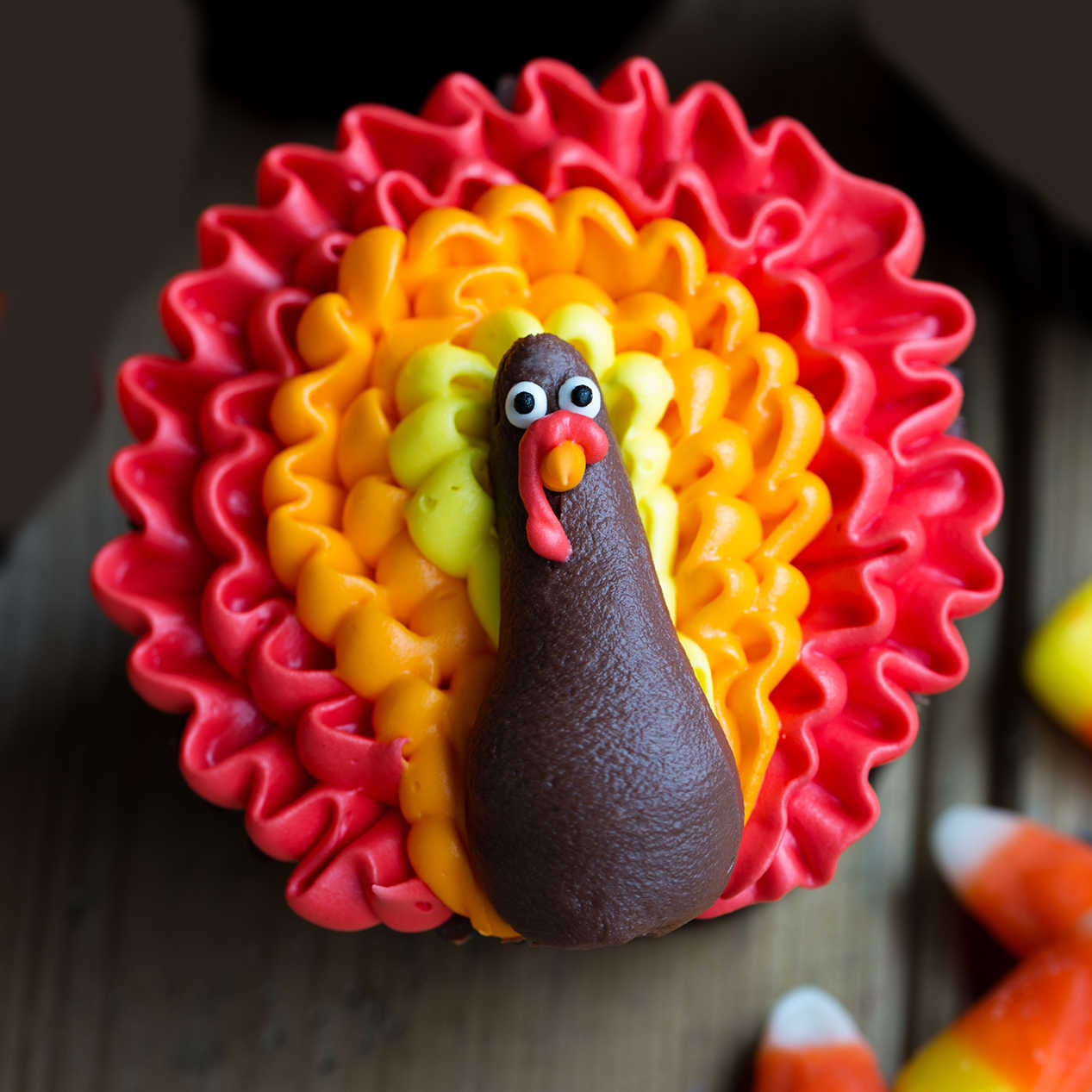 For other fun Thanksgiving dessert ideas, check out my Rice Krispie turkey pops and these candy corn turkey cupcakes. Both are a delight and fun to make.

These decorations on these turkeys are made completely with colored frosting and special icing tips. Cake decorating is so much fun if you have the right tools, and you end up with a realistic looking dessert.

Did you know that there is actually a National Cake Decorating Day? It’s just one of many national days of the year.

To make these cute turkey cupcakes, you will start by making up a batch of normal chocolate cupcakes. This will give you the base of the turkey body and a firm surface to pipe the colors on to. 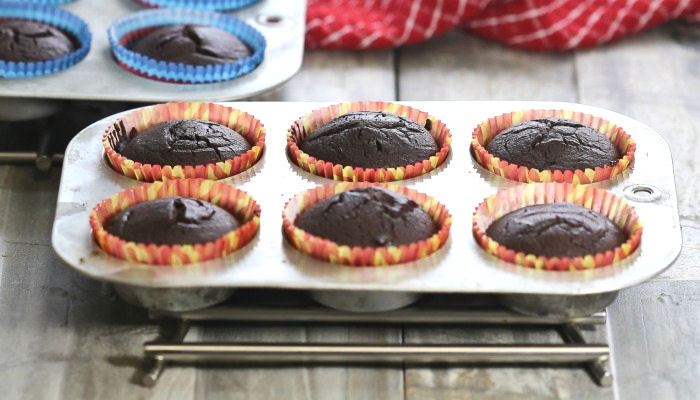 Don’t fill the cupcakes too full. You want just a slight domed top. Once the cupcakes have cooled, you will mix  your frosting colors.

Place some of the vanilla frosting into three separate bowls. Add red food coloring to one, yellow to a second bowl, and red and yellow to make orange to the third.

Add couplers to the end of your icing bags. This will hold the cake decorating tips in place. 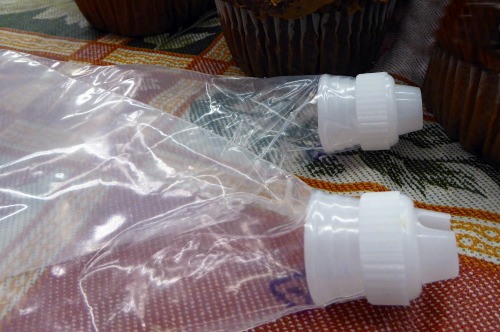 You will need three cake decorating tips – a single pointed end, large single end (like #3 and #12) and a flat leaf opening tip such as a #103.

Now comes the fun part. Use the three colors of icing to make the feathers of the turkey by making a row of red leaf shapes on the outside and alternating with orange and yellow frosting until you have three rows.

Would you like a reminder of this post for these thanksgiving turkey cupcakes? Just pin this image to one of your Thanksgiving boards on Pinterest so that you can easily find it later. 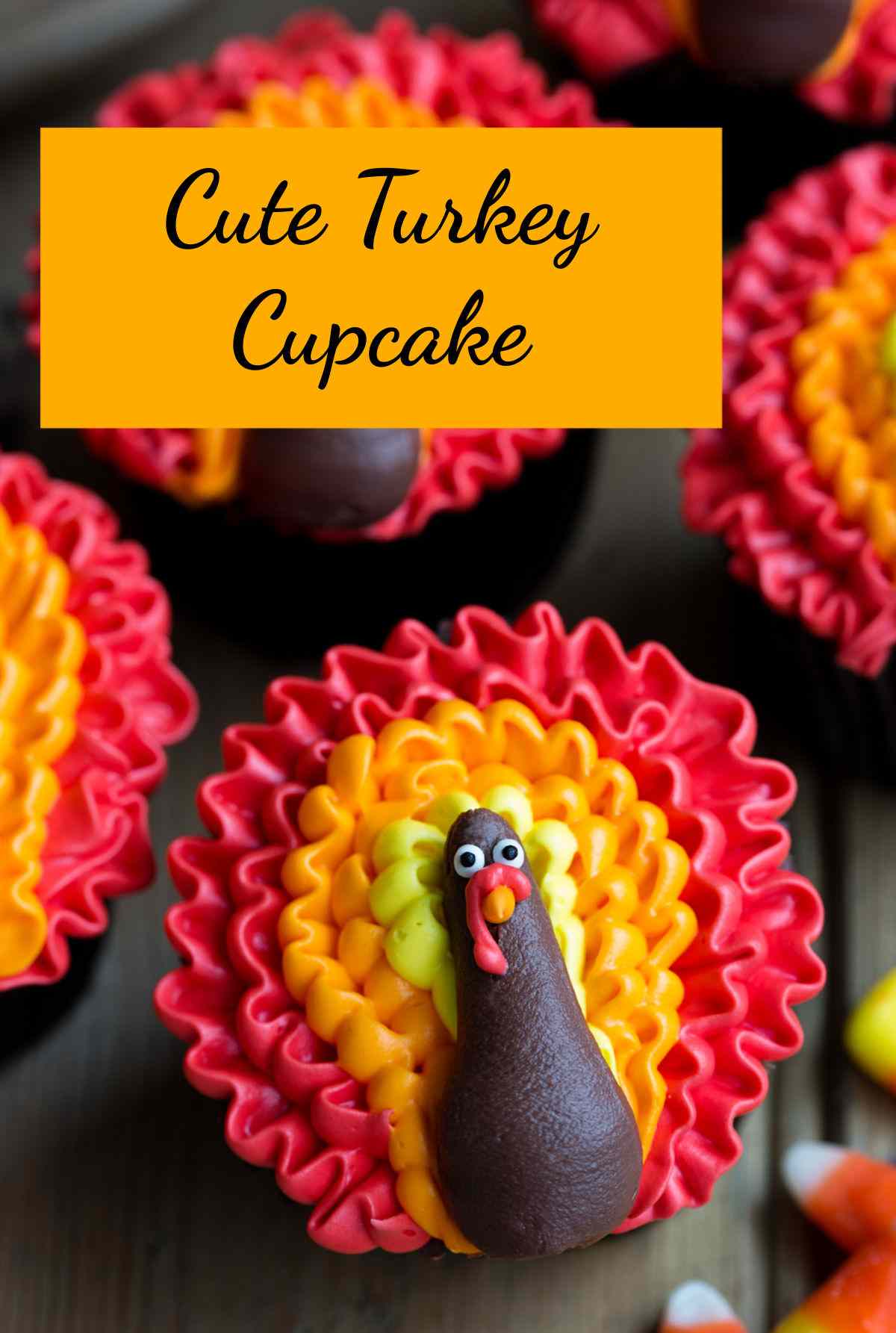