With Fat Tuesday quickly approaching, it’s time to learn about the colors of Mardi Gras! Each of the three colors has their own meaning and fascinating history.

If you have ever visited New Orleans for Mardi Gras, or celebrated the holiday in general, you might have noticed the colors purple, green and gold are everywhere! These colors are one of the symbols of Mardi Gras.

Since 1872, purple, green and gold have been the official Mardi Gras colors. Keep reading to learn who assigned them their meaning and why these colors are associated with the holiday.

Mardi Gras is not the only holiday represented by colors. In fact, each holiday has colors associated with it that have their own meanings. If this interests you make sure to check out the colors of Valentine’s Day! 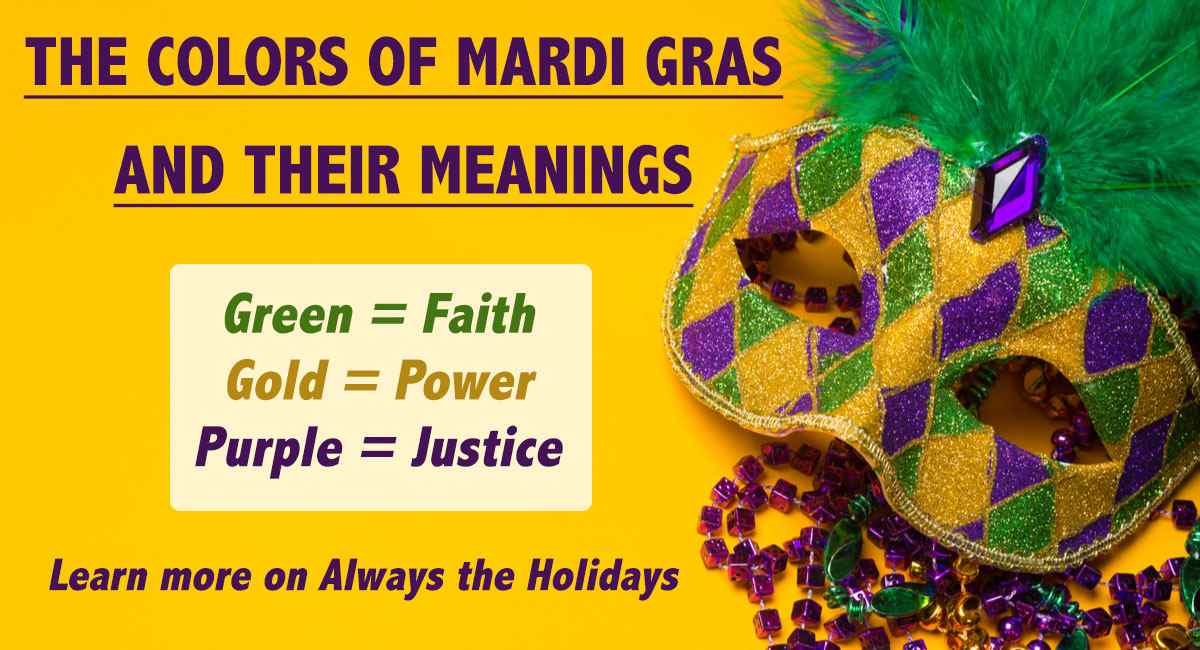 What are Mardi Gras krewes?

Krewes are social organizations that were established starting in the mid 1800s. To this day, they are responsible for the floats and parades of Mardi Gras.

One of the earliest formed krewes, referred to as the Rex Organization, was established in 1872. It was tasked with throwing a celebration for a visiting Russian grand duke. 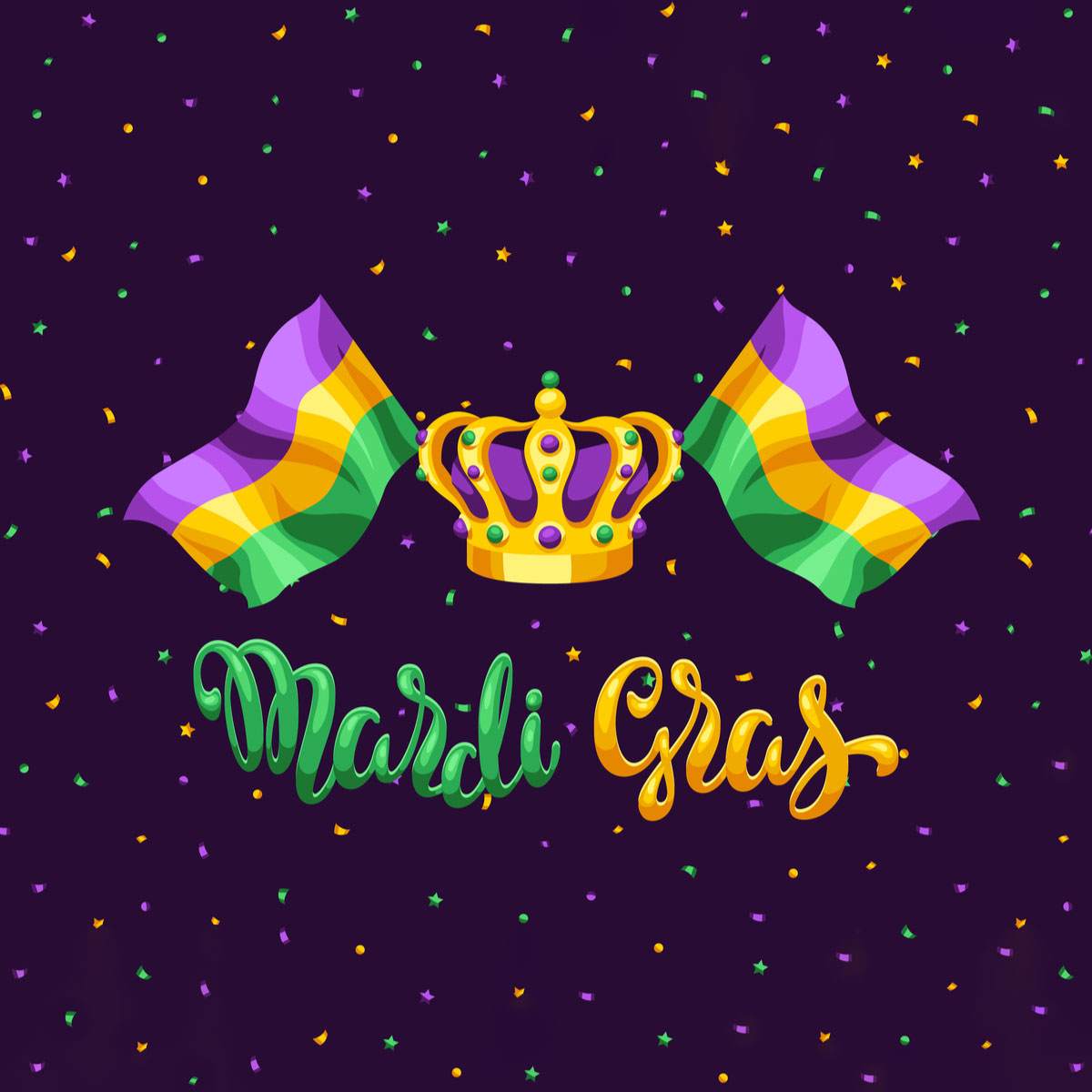 Prior to Grand Duke Alexei Alexandrovich of Russia’s arrival, the Rex krewe chose purple, gold and green to be the official Mardi Gras colors.

Each year, the Rex Organization chooses a new monarch of their krewe, known as “The King of Carnival”.

In 1872, The King of Carnival included an advertisement in the local newspaper, asking people to drape their balconies in purple, green and gold for the celebrations.

There is some confusion as to why exactly the krewe of Rex chose green, purple and gold as the colors of Mardi Gras. Some say the Mardi Gras colors were inspired from the colors of the house of the grand duke.

Errol Laborde, editor of the New Orleans Magazine, wrote a different explanation in his book called Marched the Day God: A History of the Rex Organization (affiliate link).

He explained that the Rex organization may have chosen the colors for two reasons: in order to create a tricolored flag, and in order to follow the rules of heraldry. 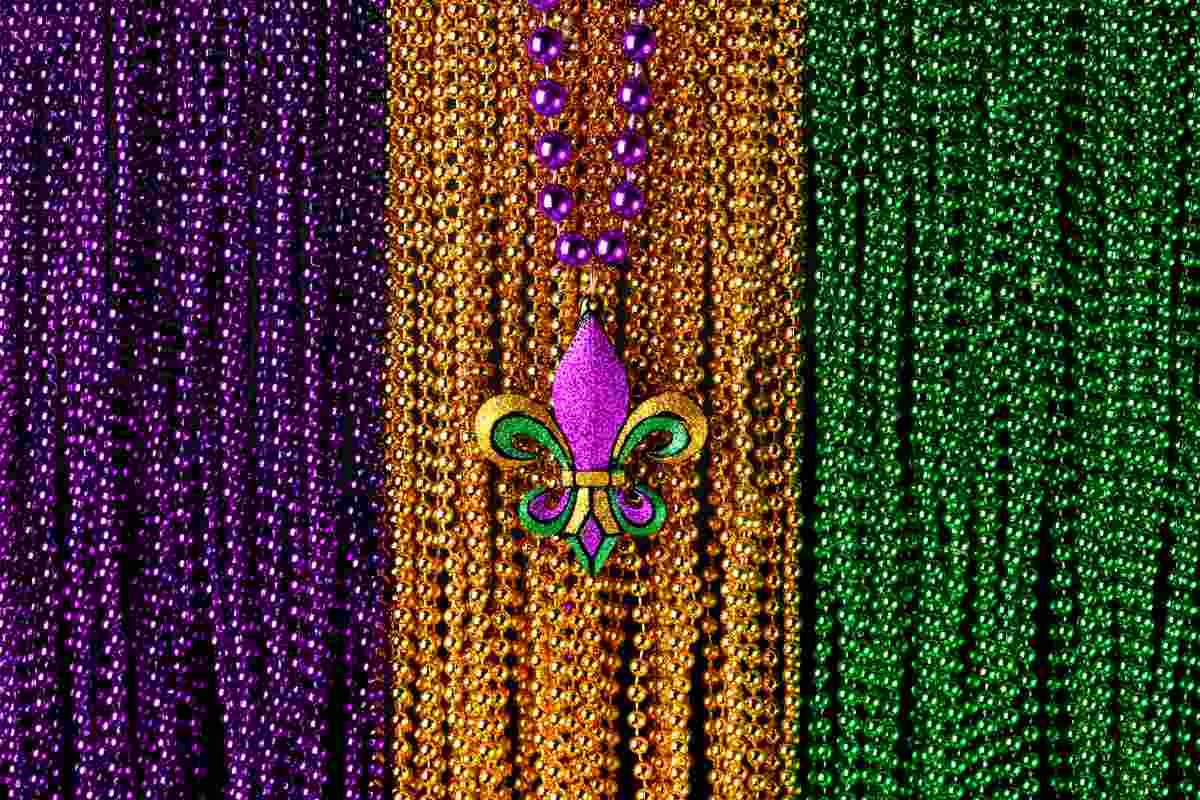 In heraldry, a coat of arms needs both metals (eg. silver and gold) and colors.

Choosing purple, gold and green as Mardi Gras colors would ensure that the Rex organization, and Mardi Gras, were represented by both metals (gold) and colors (purple and green).

While flags can have various numbers of colors, more flags have three colors than any other number.

In addition to choosing three colors, the Rex organization chose colors that were not commonly used in other flags, to make theirs stand out.

Choosing purple, green and gold as the colors of Mardi Gras would mean their flag would contain three colors that were unlikely to be seen in other flags, making it more recognizable.

The colors of Mardi Gras meaning

While the Mardi Gras colors were chosen in 1872, it wasn’t until 1892 that they were each assigned their meanings. 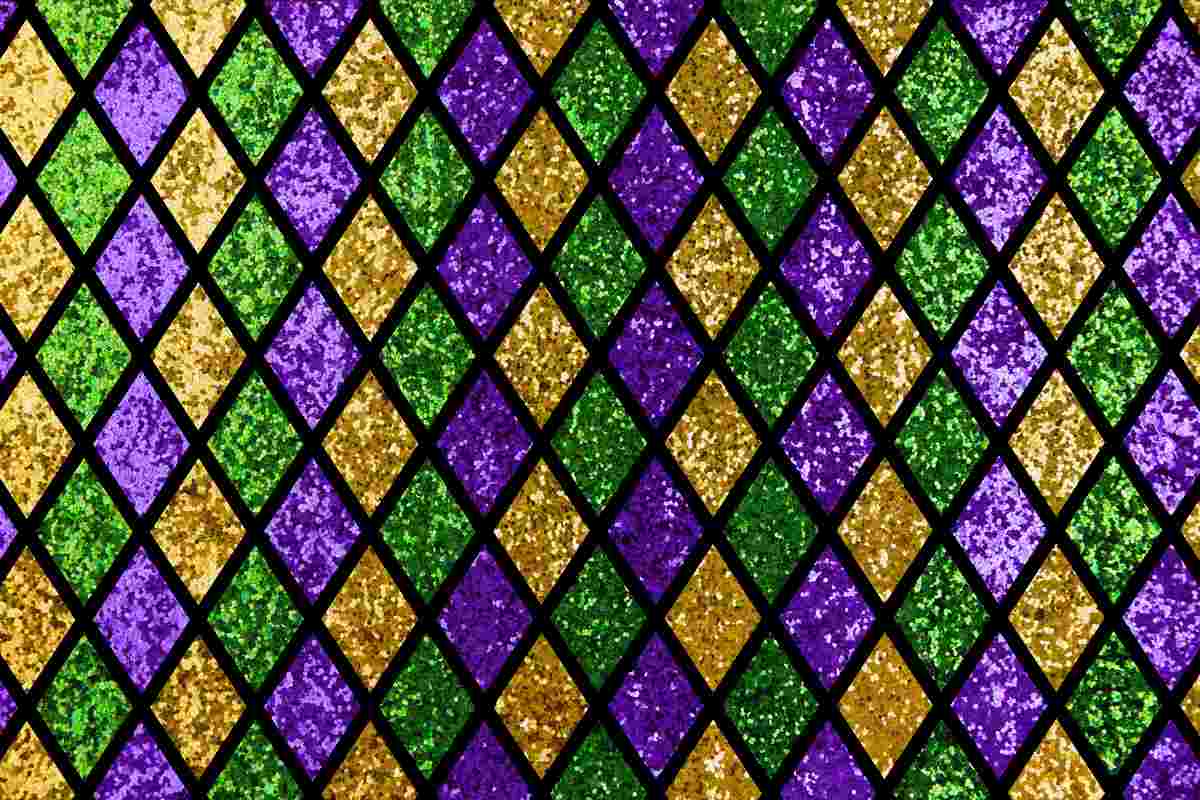 It was during this year that each of the colors of Mardi Gras were assigned their own meanings. In reference to Mardi Gras, purple represents justice, green represents faith, and gold represents power.

Each of these colors also has their own general meaning, which subliminally plays into the meaning of the colors of Mardi Gras.

The meaning of the color purple

The Rex Organization declared that, for Mardi Gras specifically, the meaning of the color purple is justice.

However, the color purple has other meanings that apply to Mardi Gras. It also represents royalty, religion, spirituality and mystery.

Purple is often associated with wealth and royalty, which ties to Mardi Gras in two ways.

As the Rex Organization chose the Mardi Gras colors before the parade was visited by Russian royalty, it makes sense that a royal color was selected to honor this guest. 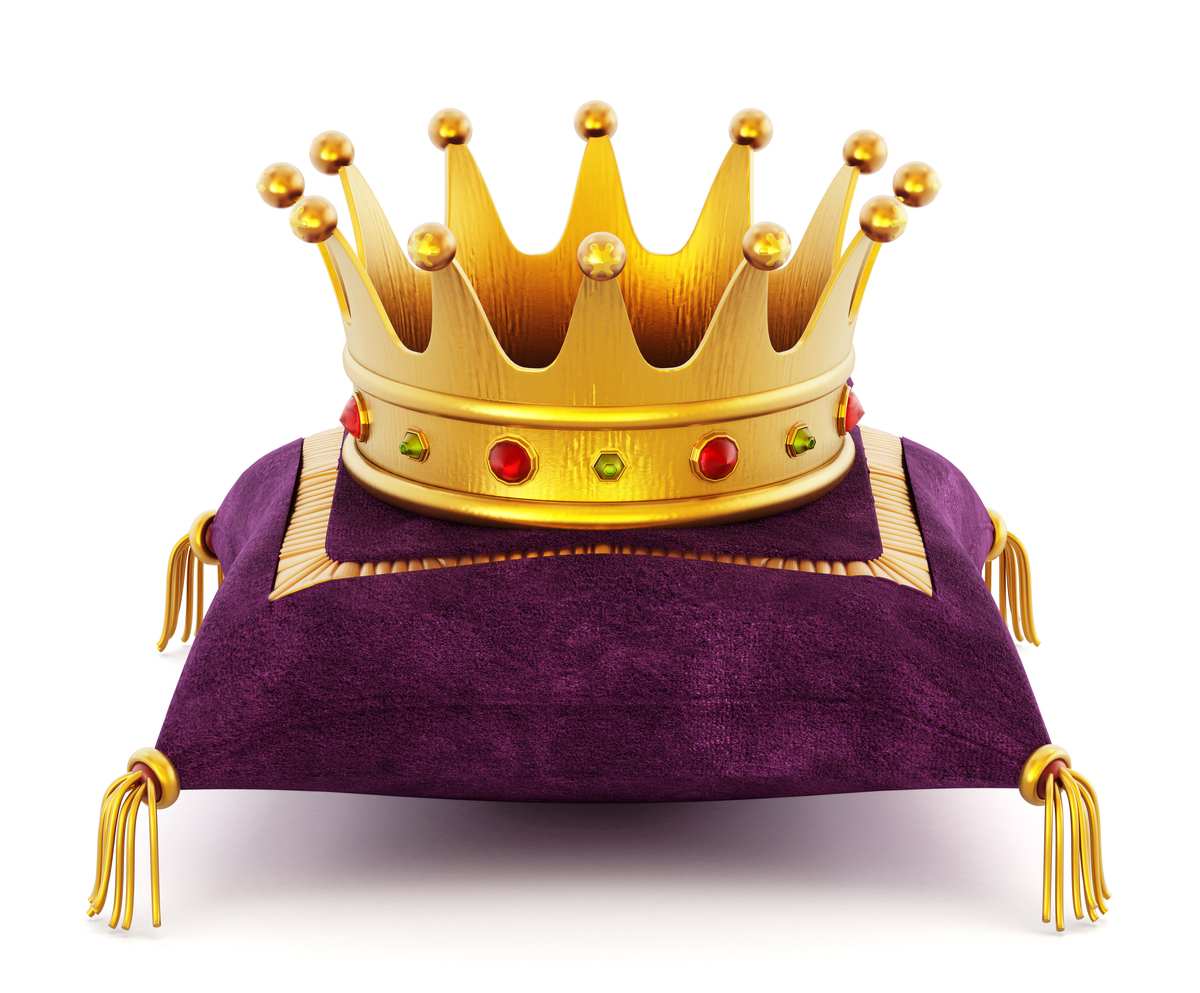 The name Rex literally translates from latin to mean “king”. As this krewe has their own King of Carnival, it is only fitting that they chose a kingly purple to symbolize Mardi Gras.

The King of Carnival is simply called “Rex”. Sometimes people mistakenly call him the King Rex, but as both words mean the same thing, that is redundant.

Purple is a color associated spirituality and religion. Purple is also the color of Lent, the Christian holiday that begins the day after Mardi Gras. 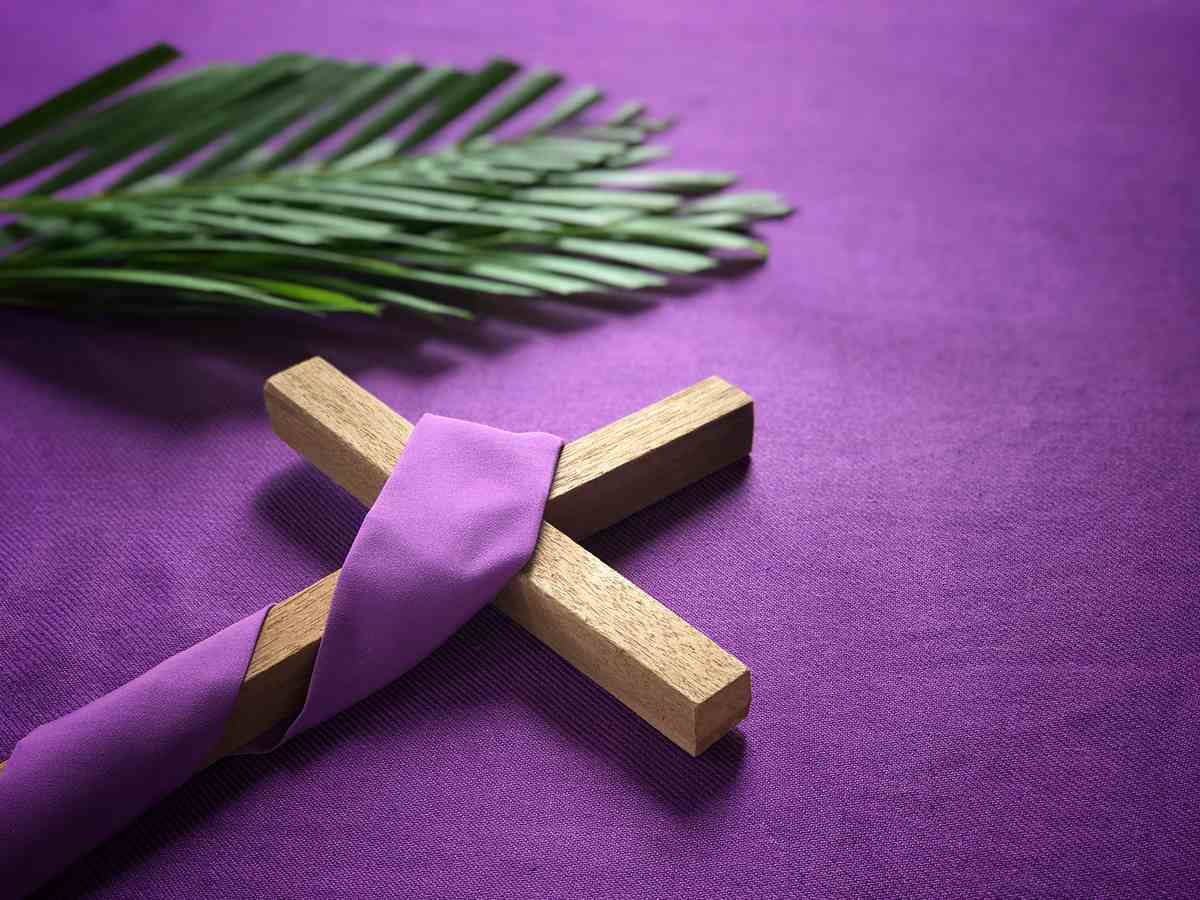 Lent starts on Ash Wednesday and lasts for 40 days. It represent the sacrifice that Jesus made when he fasted for 40 days and 40 nights in the desert and resisted the temptation of Satan.

Christians observe Lent by fasting and giving up luxuries, to honor Jesus’s sacrifice.

Mardi Gras was used as the last day of partying and feasting before entering the pennant season of Lent. It’s no surprise that purple is used to represent both of these holidays with religious ties.

Purple also represents mystery. Mardi Gras has a large component of mystery because of its use of masks. Both historically and in modern times, Mardi Gras attendees wear masks. 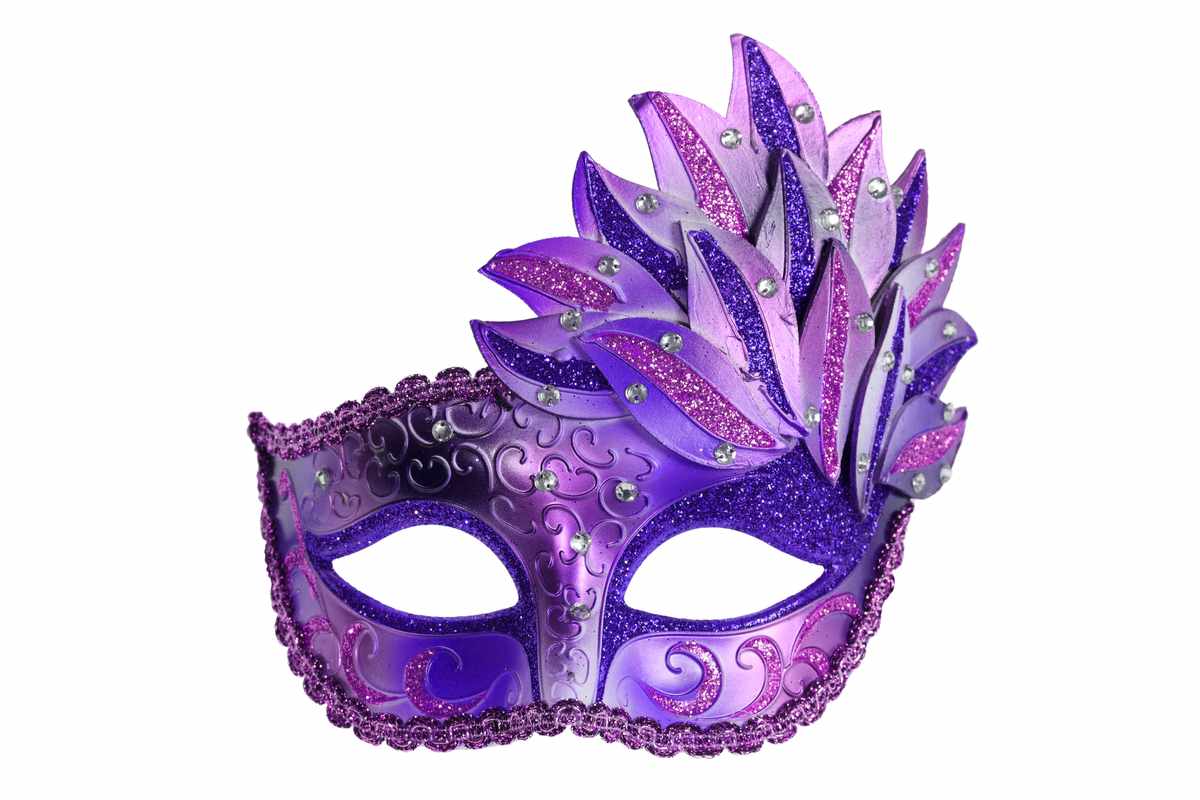 Historically, masks were worn because it allowed people of all class levels to interact, regardless of societal position.

In modern times, people wear masks to Mardi Gras celebrations in order to keep that tradition alive. In fact, parade float riders in New Orleans are legally required to wear masks while on their floats to preserve this tradition.

Meaning of the color gold

Gold is a symbol of money, luxury, riches, prosperity and wealth. Since gold represents money, it also symbolizes abundance and indulgence – two things which often go hand in hand with riches. 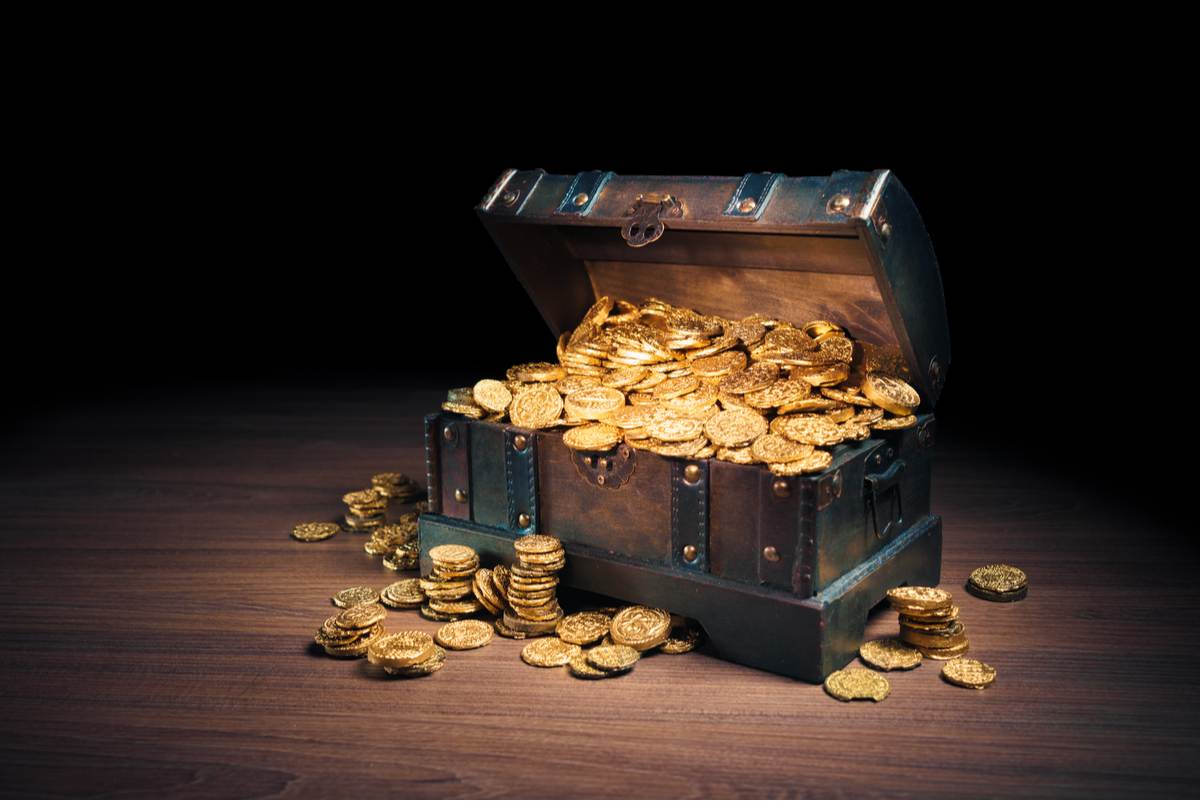 If we look at the religious meaning of Mardi Gras, this day is centered around indulgence; it’s the last hurrah before Lent. Mardi Gras is a time to feast, and freely celebrate before having to abstain from luxuries during Lent.

As gold symbolizes indulgence and abundance, it makes sense that the color would be tied to this holiday.

The power of gold

Since gold represents wealth, it indicates the exclusivity of this color. Gold is a symbol of status, prestige, power and success. 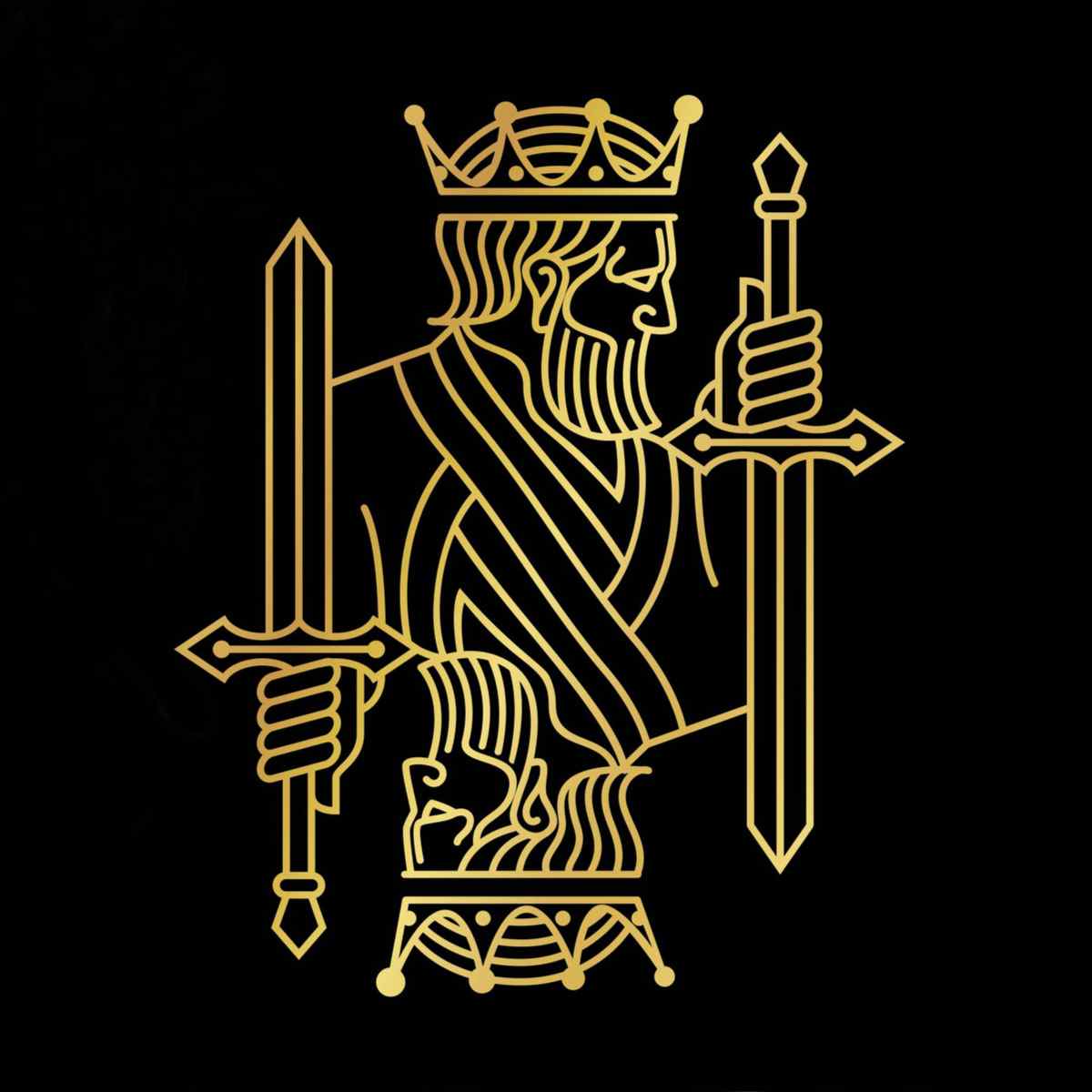 Wealth and power often go hand in hand. Rulers throughout time have amassed great fortunes and used those fortunes, in turn, to increase their power. For this reason, it is logical that the Rex krewe decided gold would be symbolic of power.

Gold is also thought to be a winner’s color, one of triumph and victory (eg. gold medals commemorate first place). Victory, power, and money all impact the color gold’s meaning.

While green means faith in general during Mardi Gras, green is the color of resurrection and rebirth. In Christianity, Easter, which falls at the end of lent, celebrates Jesus Christ’s resurrection. 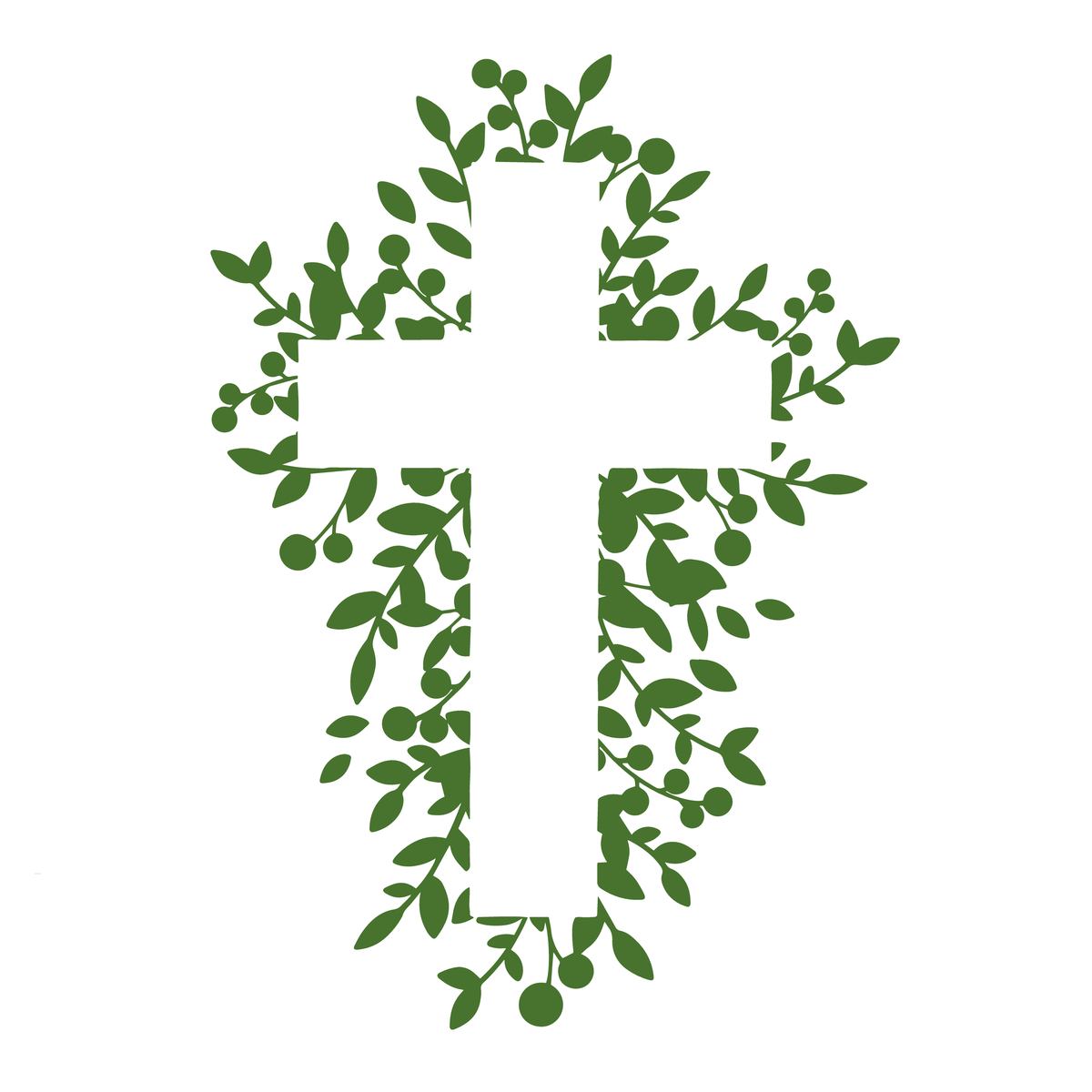 As Mardi Gras directly precedes Easter and Lent, it makes sense that this color of resurrection would be a used to represent Mardi Gras.

Mardi Gras also precedes spring, a time of rebirth and renewal in nature. Plants are reborn at this time of year, which mirror the religious beliefs of Christianity.

If you’re interested in more religious symbolism around the Easter holiday, check out our posts on the symbols of Easter including the Legend of the Dogwood Tree, the Easter lily meaning.

Don’t forget to check out our post on the history of hot cross buns which are a traditional Easter bread with their own national day.

While the colors of Mardi Gras are commonly found around the holiday, in Louisiana you can find purple and gold year round in one of its most notable universities!

Though there is some discrepancy about exactly how the school’s colors came to be, one of the most widely accepted stories says that Mardi Gras inspired the school colors of Louisiana State University (LSU). 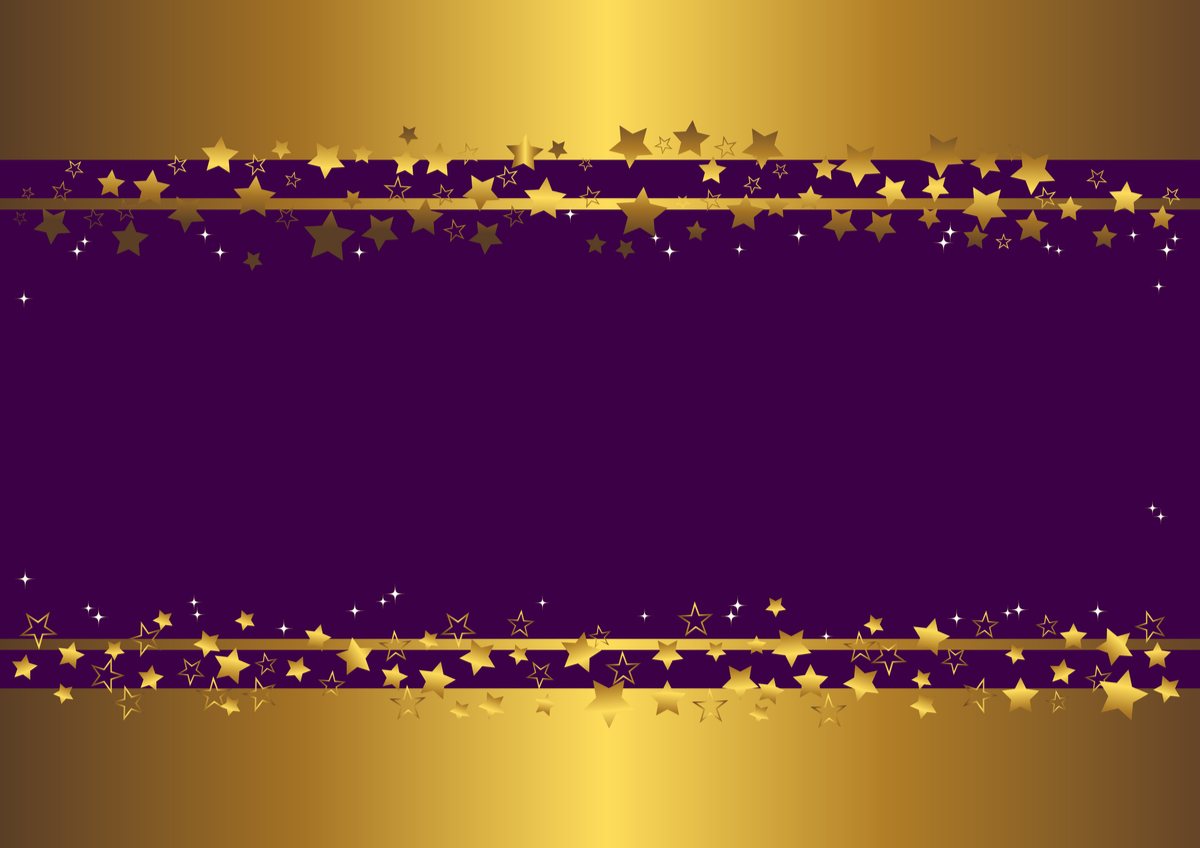 When Dr. Charles E. Coates began teaching at LSU, he noticed there wasn’t much of an athletic program. He created the football team at LSU, but noticed their uniforms were plain grey.

In 1893, knowing the team would need colors other than grey for their upcoming football game against Tulane, Coates went out to the shops with several other coaches and players.

They stopped at Reymond’s Store on Third and Main to buy colored ribbons to make rosettes and badges for the team.

When they arrived at the store to buy ribbon, no one knew the colors of LSU (which were at the time blue and white).

The shopkeeper told them that they normally had plenty of purple, green, and gold ribbon since it was Mardi Gras season. However he said their green shipment was running late, so they only had purple and gold in stock.

Coates bought all the stock of gold and purple ribbons they had! From that moment onwards, LSU’s colors became purple and gold.

Summary of the colors of Mardi Gras

Did you enjoy learning about the colors of Mardi Gras? Let’s summarize and review the key information about Mardi Gras colors below. 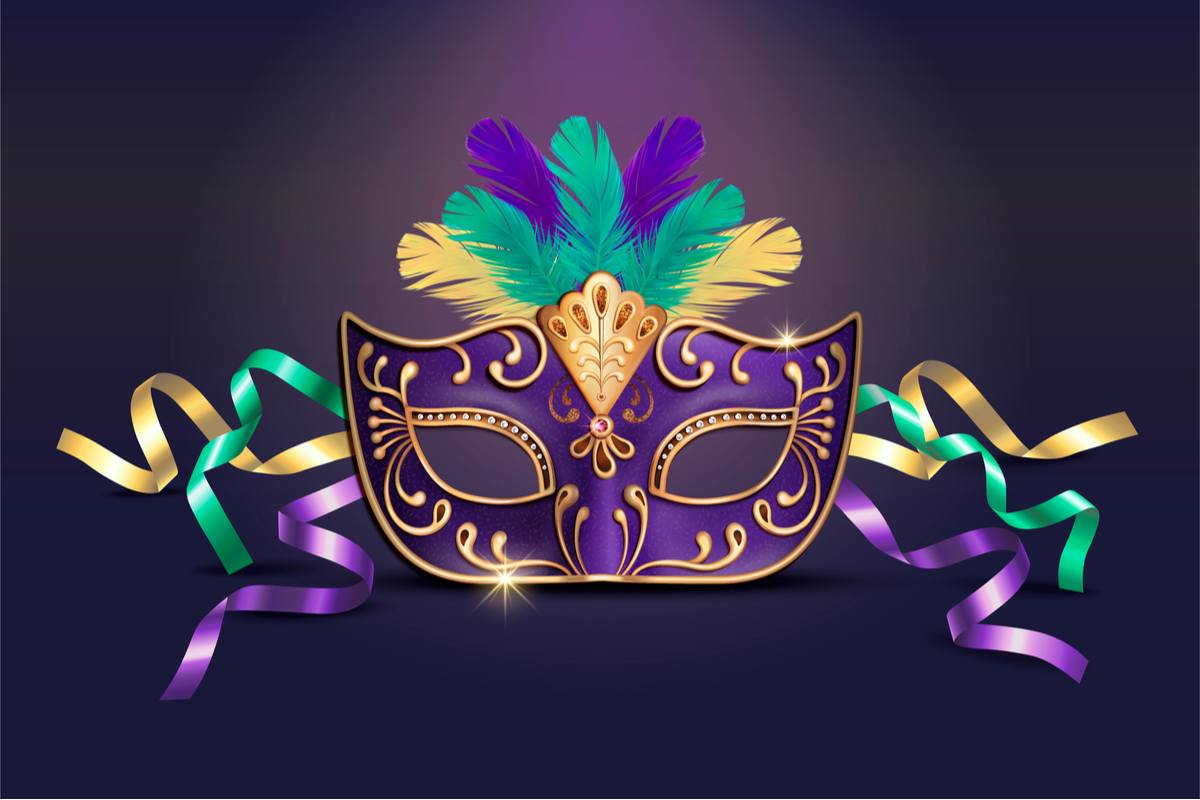 If you enjoyed learning the colors and Mardi Gras, and their meanings, don’t forget to share this post with your friends. Here’s a tweet to get you started:

Purple, Green and Gold are the colors of Mardi Gras, but what do they mean? Head to Always the Holidays to learn what these colors represent during Mardi Gras! 💜💚💛 #MardiGras #ColorTheory #FatTuesday Click To Tweet

Mardi Gras isn’t the only holiday that has symbolism and meaning in the items that represent it. Check out these posts with more holiday symbolism! 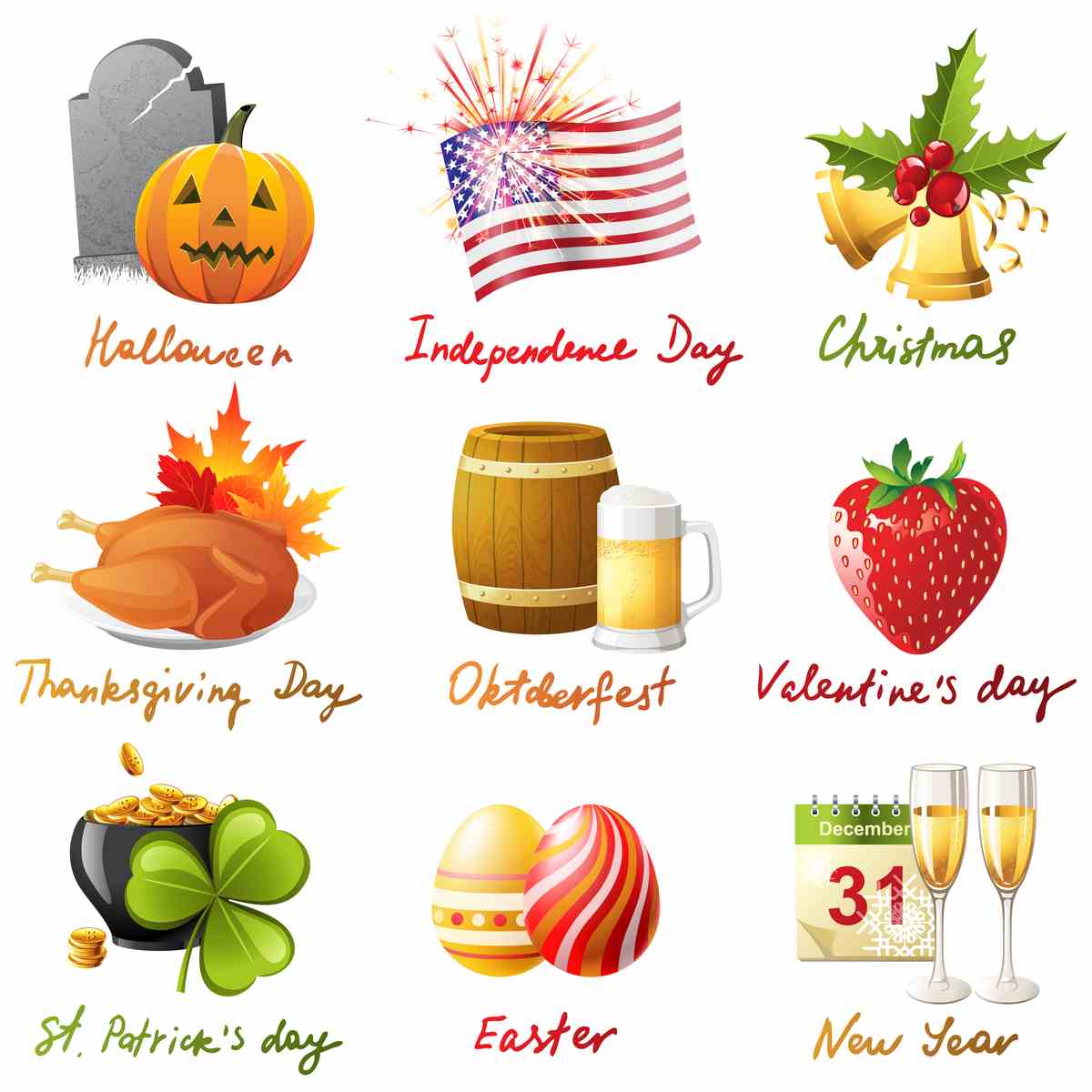 If you enjoyed learning the facts and history in this post, make sure to check out our fun facts section. It has information about national days of the year, holidays and more!

Pin this post on the colors of Mardi Gras for later

Would you like a reminder of this post about Mardi Gras colors? Just pin this image to one of your Mardi Gras boards on Pinterest so that you can easily find it later. 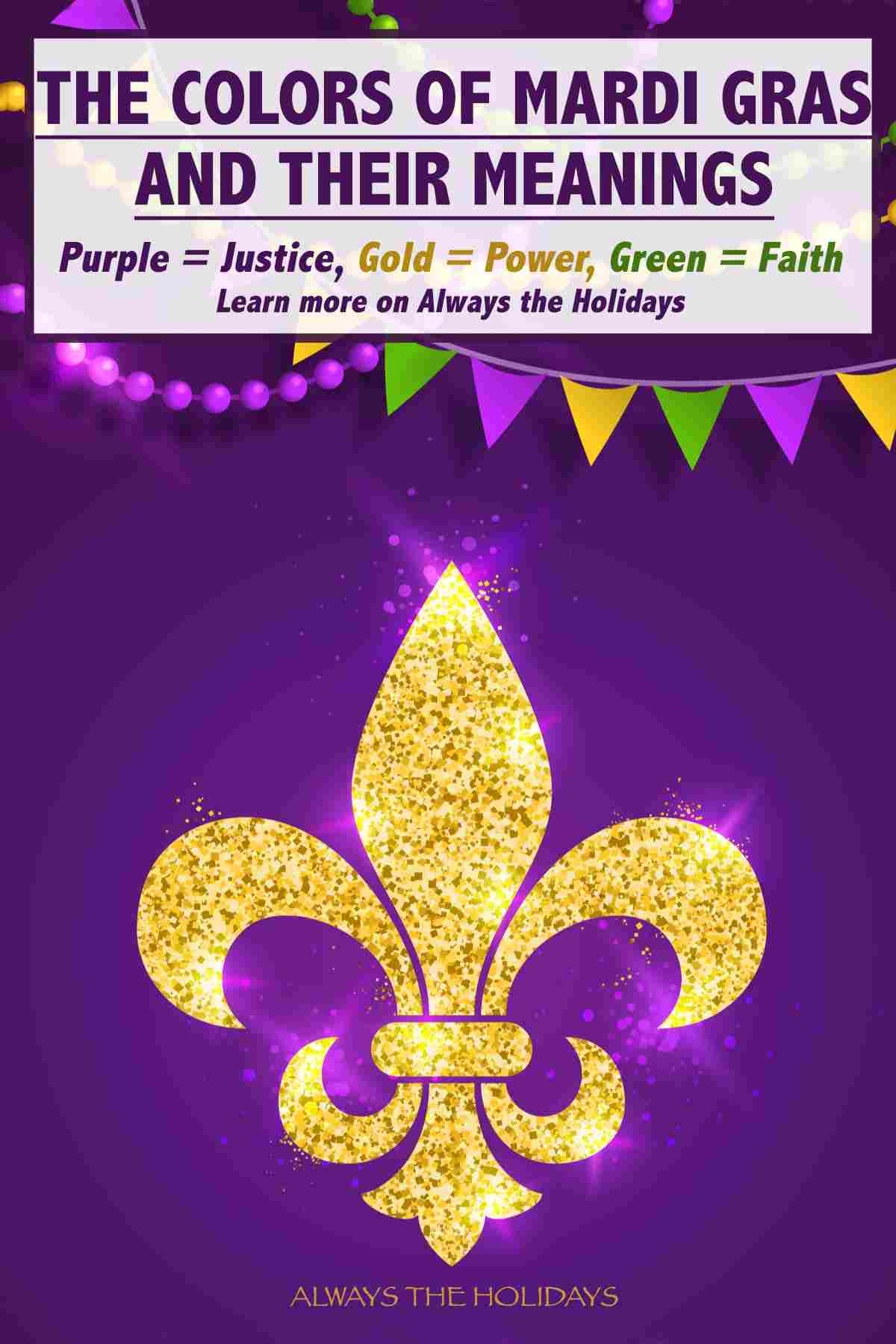 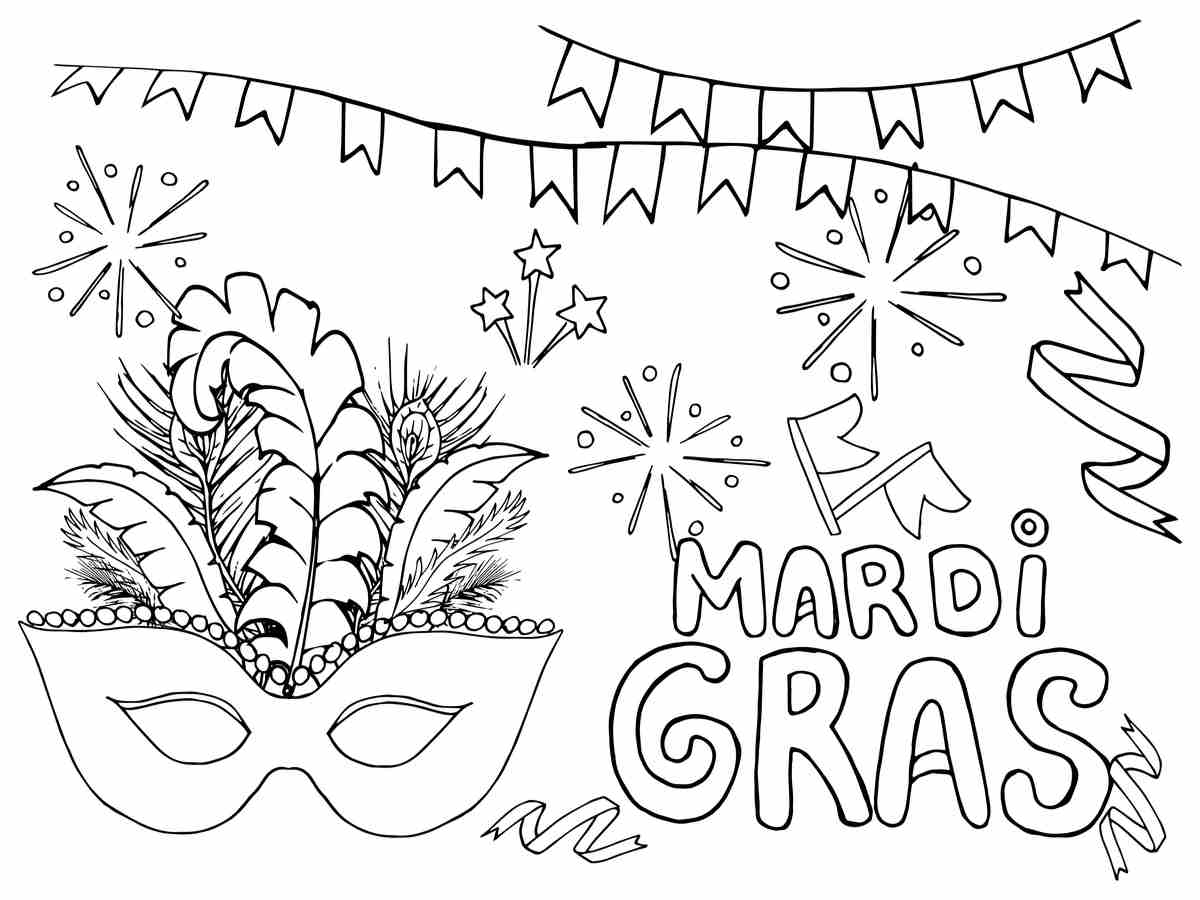