Every food and drink has its on special day and June 26 is celebrated each year as National Coconut Day.  Coconuts are a versatile ingredient in many recipes and drinks.

Read on to learn some interesting coconut facts and get some coconut recipes to try.

The Coconut Coalition of the Americas founded National Coconut Day in 2019 to celebrate the coconut and raise awareness of its many benefits. The day is celebrated to show us that coconut is more than just an ingredient in coconut recipes.

There is also an international day to honor coconuts. It’s known as World Coconut Day and is celebrated on September 3. 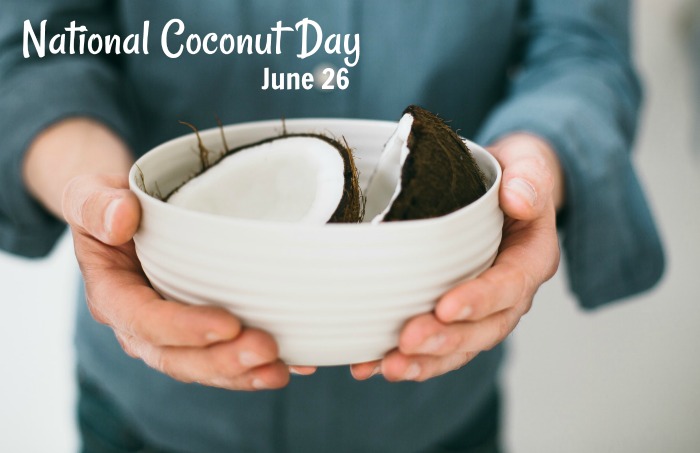 Is coconut a nut or a fruit?

Coconuts are found on coconut palms – cocos nucifera. Trying to classify a coconut is a challenge, since it is actually three things – a fruit, a nut and a seed. 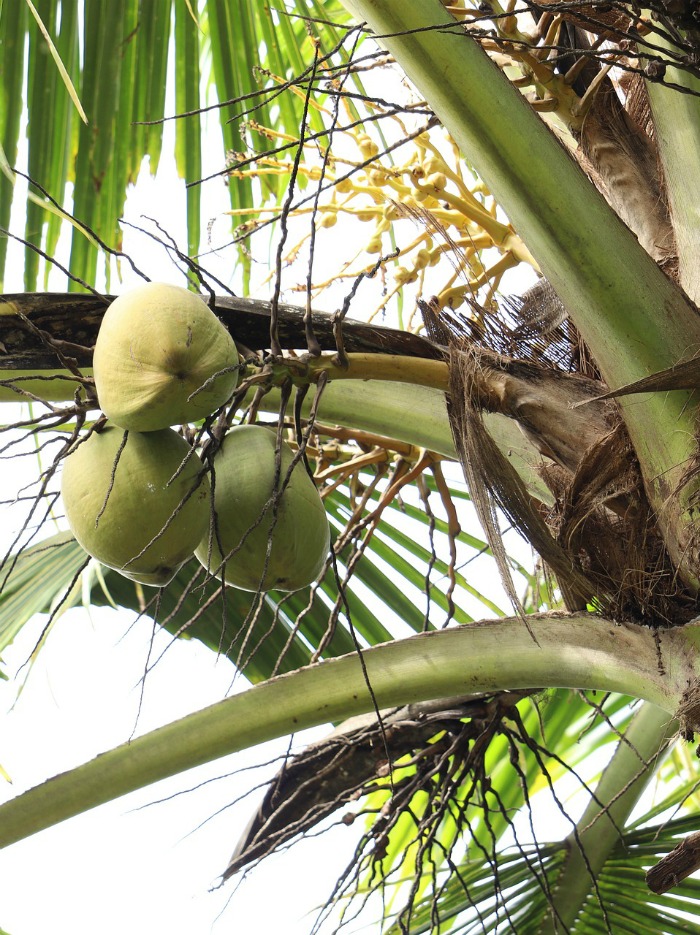 Botanically, coconuts are known as a one seeded drupes. Drupes are fleshy fruits with thin skins and a central stone. Other drupes are cherries, almonds, plums and olives.

The coconut is considered a perfect food. This is because it not only has an edible seed but also contains both coconut water and coconut oil. All three parts serve as a rich source of food. Coconuts are easily digested and rich in nutrients.

They also have many health benefits.

Why Does a Coconut have 3 holes?

The three holes on a coconut are germination spores. In nature, one of these holes is usually functional and the other two are plugged.  A new coconut shoot will emerge from the functional hole. 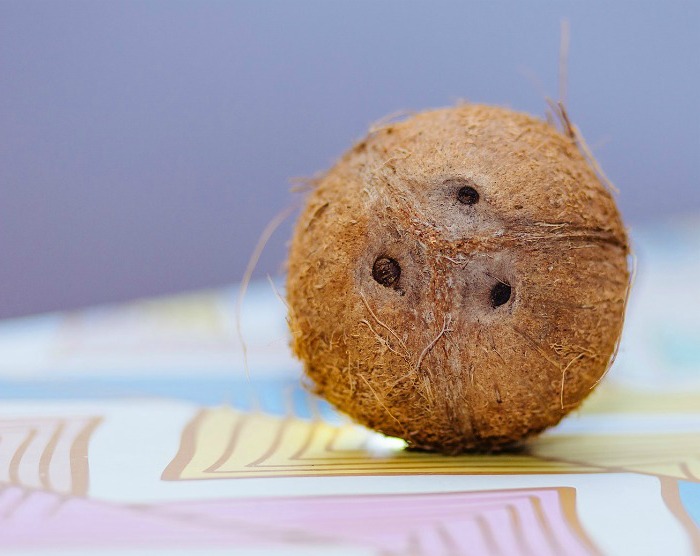 The three holes are the points where the coconut was attached to the tree.

Practically speaking, the holes also can be used when opening the coconut, since this area is thinner than the rest of the outer husk.

In the 16th century, Portuguese sailors thought the three small holes resembled a human face. They named the fruit coco which meant grinning face. Later, the word nut was added to coco to name it coconut.

Find out how to open a coconut and how to store fresh coconut meat.

Brush up on your knowledge of coconuts with these interesting facts. 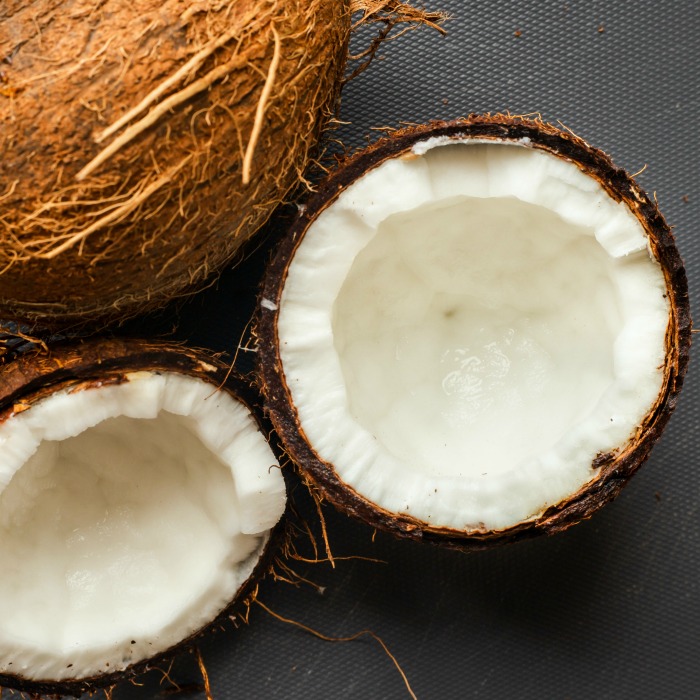 The white fleshy part of the coconut is called “coconut meat.”  It is high in potassium, manganese and copper. Coconut can be eaten fresh or dried to use in sweet coconut recipes.

Coconut water has 46 calories a cup. Coconut meat is high in calories and fat (mostly saturated fat) but moderate in carbohydrates and protein.

Exports report that coconut oil may boost good cholesterol, making it beneficial for your heart health.

How to observe National Coconut Day

There are lots of obvious ways to honor National Coconut Day – just enjoy a piece of coconut, to start.  Here are a few other creative ways to help celebrate this day.

June 26 is #NationalCoconutDay. Grab some fresh coconuts to eat raw or use in recipes. Find out more about the day on Always The Holidays.  #coconutday 🥥🥥 Click To Tweet 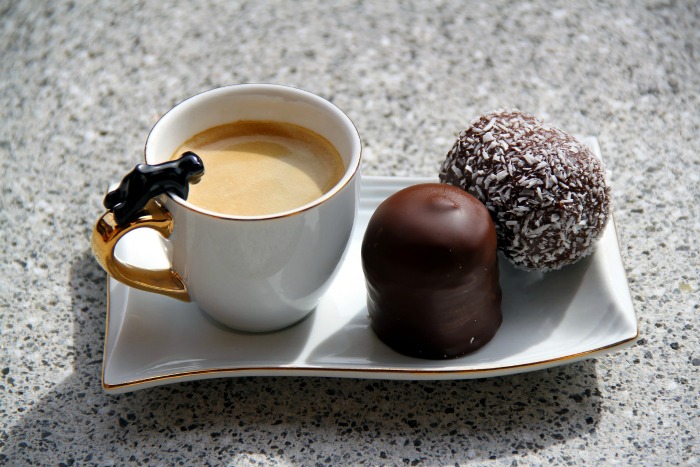 We all love coconut! It is often used in baked goods, such as bars and macaroon cookies but can be used in savory recipes, too.

You can use the coconut meat, coconut milk or coconut oil in all sorts of tasty treats. 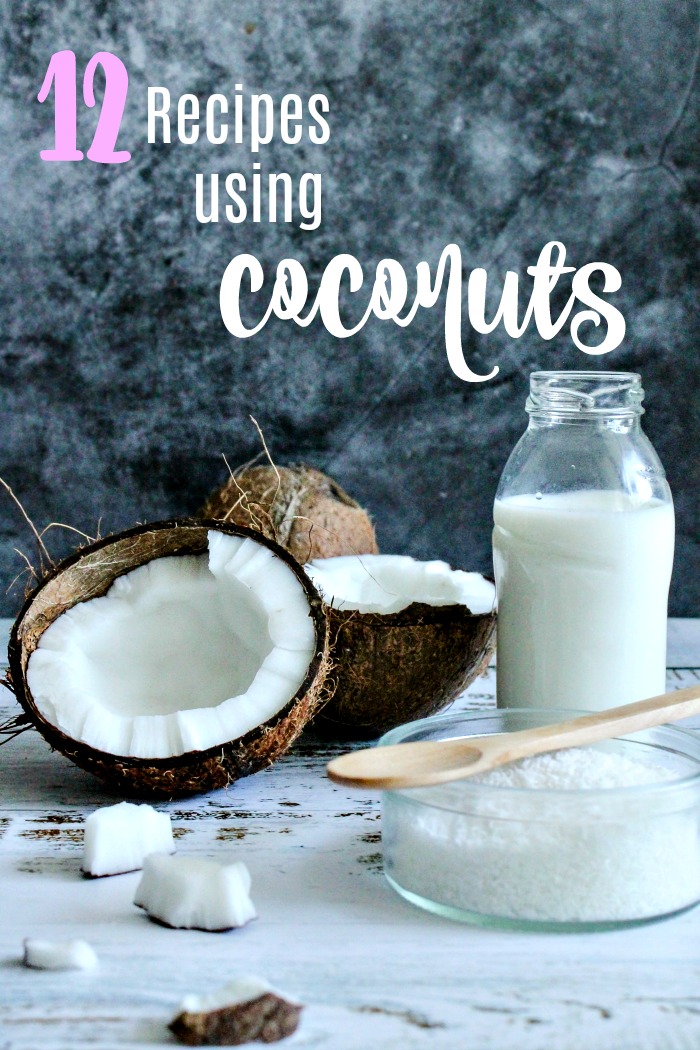 Treat your taste buds to some of these coconut recipes.

What is a National Day of the Year?

National days of the year are days that are meant to celebrate odd and unusual foods, animals and items that you come into contact with.

Be sure to check out my National Day’s Guide for other fun and unusual days to celebrate. 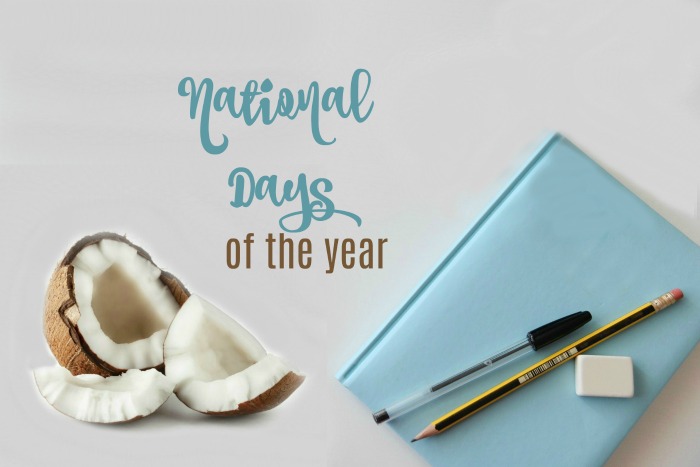 There are close to 2000 National Days in the year and over 150 of them are celebrated in June.

To see them all, have a look at this post to discover more about the National Days in June.

Is food your passion? Each day of the month of June has a food or drink associated with it, too. You’ll find all the July Food Holidays here.

Be sure to also check out these other foodie inspired National Days:

Pin this post for National Coconut Day for later

Would you like a reminder of these coconut recipes that celebrate National Coconut Day?  Just pin this image to one of your food boards on Pinterest so that you can easily find it later. 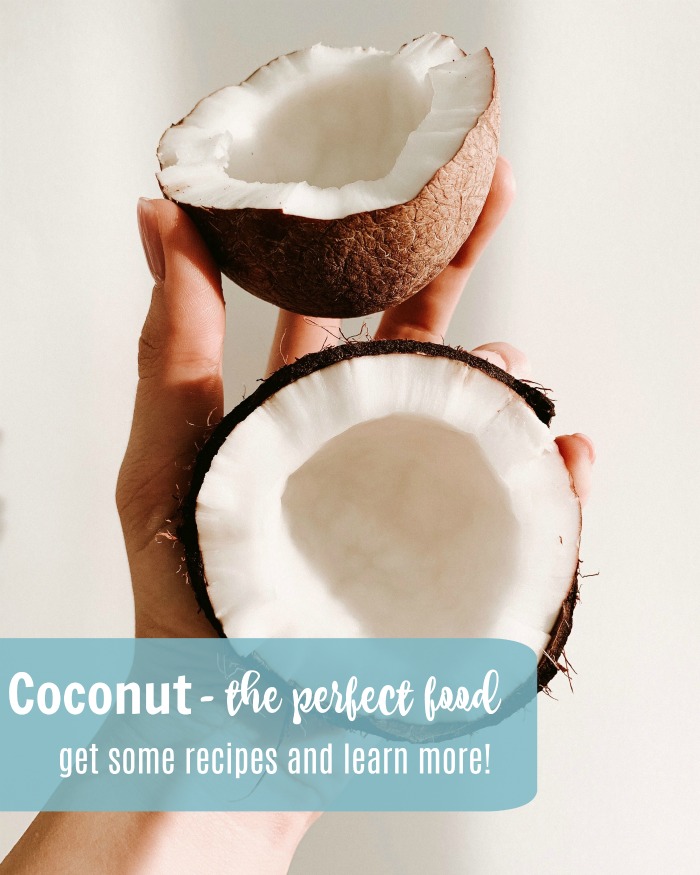 One of my favorite ways to celebrate National Coconut Day is to bake a batch of coconut macaroon cookies. You can print out a recipe below.

This post first appeared on the website Recipes Just 4U. It is used with permission. See the full tutorial for the recipe here.