They are commonly featured in Chinese New Year traditions and celebrations.

These zodiac signs play a role in Chinese today’s culture and many people feel that the traits of these animals influence people’s personalities, career choices and good luck in life. 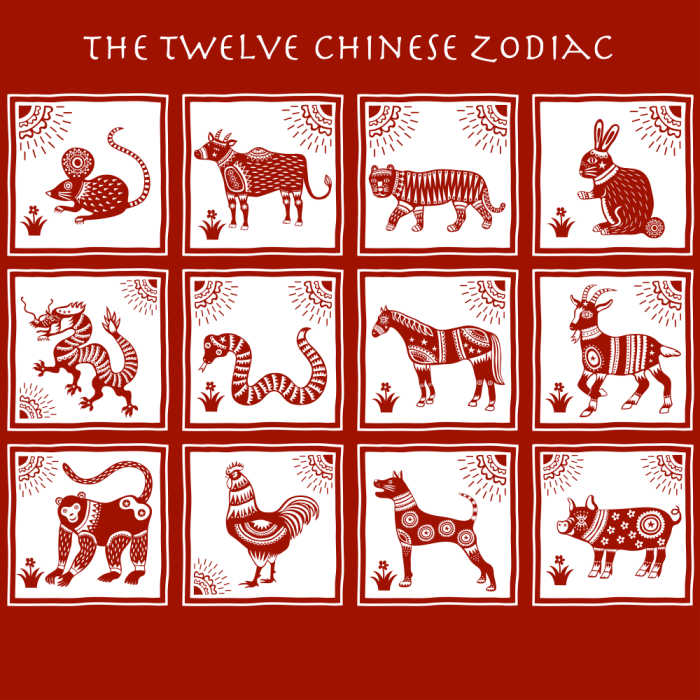 If you are interested in the Chinese zodiac signs and elements, be sure to check out our post on the meanings of Halloween. It is more spiritual than you might think.

As an Amazon Associate I earn from qualifying purchases. Some of the links below are affiliate links. I earn a small commission, at no extra cost to you, if you purchase through one of those links.

What is the Chinese zodiac?

The Chinese zodiac, also called Sheng Xiao or Shu Xiangis,  a cycle of 12 years that repeats.

Each year is represented by a different animal. In order, the animals (followed by the Chinese name with recent and approaching years) are:

Followers of the Chinese zodiac believe that these animals have traits, and that humans born in the year of each of these animals also exhibit the same traits.

It is thought that these traits affect many aspects of people’s lives.

Are you interested in Chinese astrology? Find out more about the Chinese zodiac animals, the five elements and feng shui practices. #ChineseZodiac #fengshui #astrology. Click To Tweet

History of the Chinese zodiac

The Chinese zodiac was mentioned in bamboo books from before the Qin Dynasty (221-207 BC). The animals featured in it were set around the time of the Zhan Guo period (5th century BC) 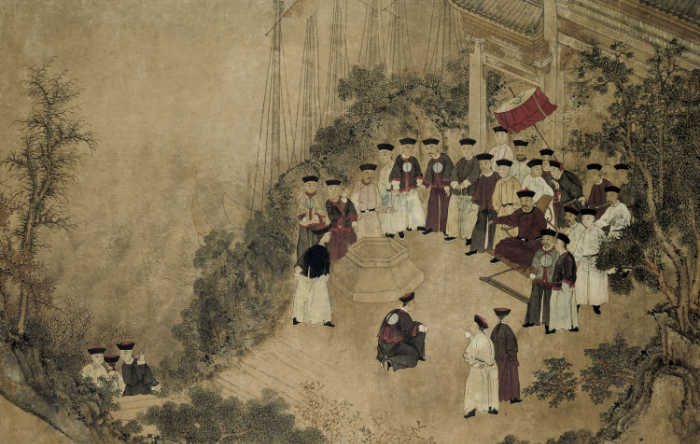 The exact date when the Chinese zodiac was created is unknown, but the animals were officially identified during the Han Dynasty [206 BC–9 AD], over 2000 years ago.

The Chinese zodiac became a popular way to determine a person’s birth year during the North Zhou Dynasty (557-581 AD), and it still in use today.

Legend of the Chinese zodiac

One popular legend about the Chinese zodiac tells us that the Jade Emperor wanted 12 animals to act as his palace guards. His preference as the first animal, the ox, was because of its diligence. 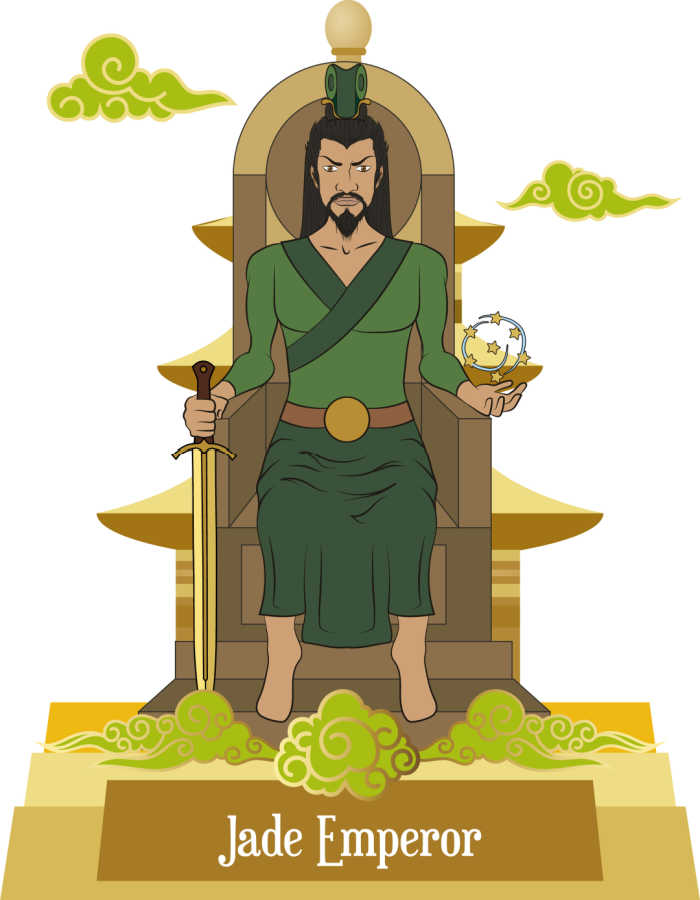 There was a race to see what the order of the animals would be and he expected the ox to come in first.

However, the clever rat hid on the Ox’s back and was able to jump off and take top place at just the right moment.

Other animals vied for positions with the dog being punished with a later place because he bit the rabbit. Being late for the race, the pig finally took last place.

The Western calendar, (previously called the Gregorian calendar,) is a solar calendar. It tracks the amount of time it takes for the earth to go around the sun once a year.

Our months have the same number of days, except when leap year gives February an extra day. 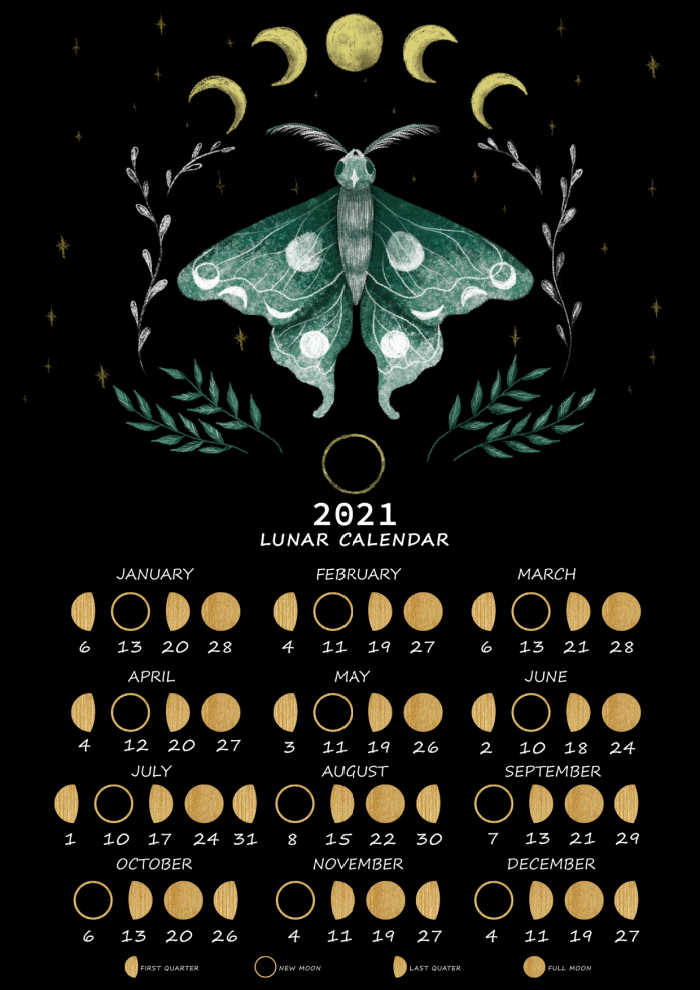 This means that months in the Chinese calendar have a changeable number of days each year. Sometimes, that means the calendar gets a whole extra month!

The actual date of the beginning of the Chinese New Year signs calendar varies each year, but it always falls on a day in January or February.

What is your zodiac animal? 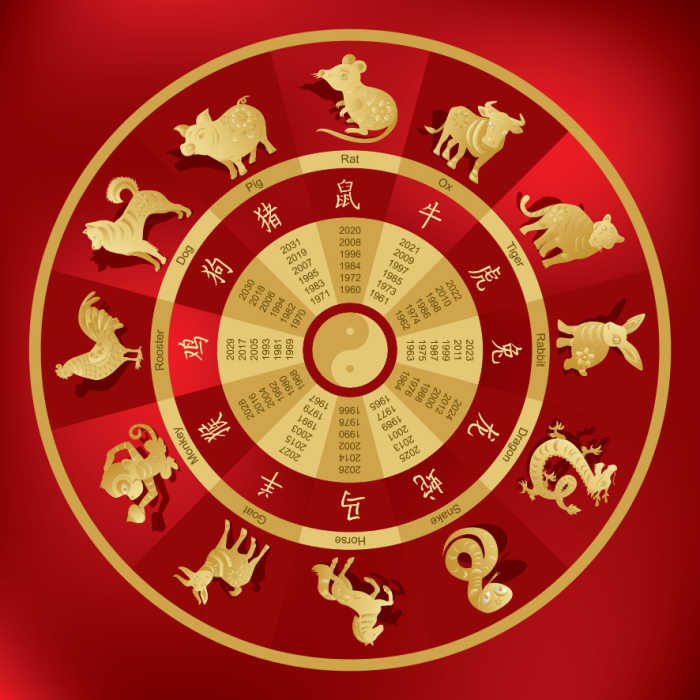 Each year on the lunar calendar is assigned an animal and its attributes. Those born in that year are thought to have similar qualities.

These animal years of the Chinese zodiac rotate so each takes place once every 12 years.

Characteristics of the animals of the Chinese zodiac

The Chinese zodiac is based on the temperament of the zodiac animals and combines traditional Chinese religions, astrology, numerology and philosophy.

For those who ascribe to the belief, zodiac signs are thought to influence Chinese people’s lives, behavior, potential fortune and marriage combabilities.

In the Chinese zodiac, horoscopes were developed around the animal signs to predict personality traits.

In determining the hour that you were born, that hour is based on the relation of the sun’s location according tio the Chinese zodiac, not to the local time of your birth.

Some traits of the zodiac signs are shown in the chart below. 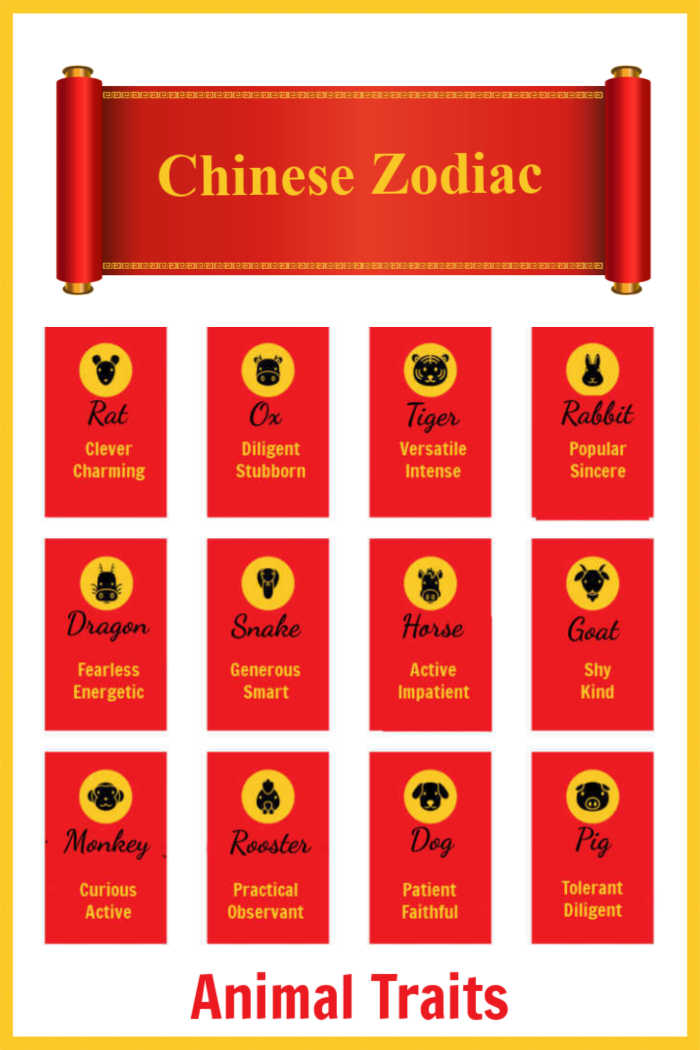 Each animal is thought to have certain characteristics that a person born under that sign will demonstrate. Some common traits are:

The animal corresponding to the year that you were born is just one part of your Chinese zodiac profile.

In addition to the belief in the animals of the zodiac, Chinese philosophers, also have a belief in their interaction with natural phenomena. The five elements are though to be the fundamental elements of everything in the universe. 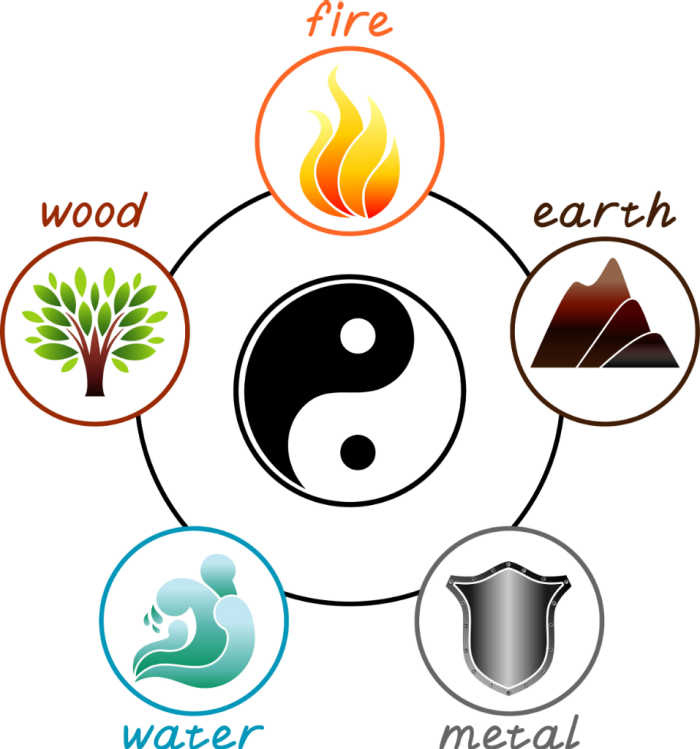 The five elements have existed in Chinese culture for many thousand years. They are:

Each element has different traits. When the traits of the elements are assigned to the 12 zodiac animal signs, this creates many possible character combinations.

In Chinese astrology, each of the 12 Chinese zodiac animal signs is associated with one of the five elements, which is known as the fixed element of their sign.

Fengshui associations and the elements

In the same way that the zodiac animals have characteristics, each element also has traits.

Chinese philosophers believe that good fengshui brings good luck. They thought that each element has a unique quality that can be expressed in color, compass direction, seasons, and shapes, etc. 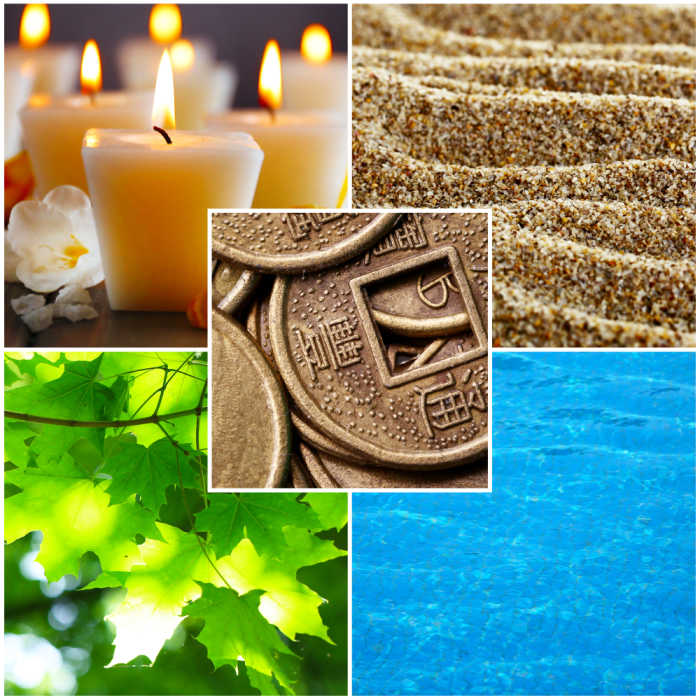 Some common qualities of the elements are:

An example of good fengshui

As a simplified example of good fengshui, let’s choose the ox. if your sign is the Year of the Ox, your lucky element is Earth, so facing the center of a room can bring you good luck and enhance your health, wealth and longevity. 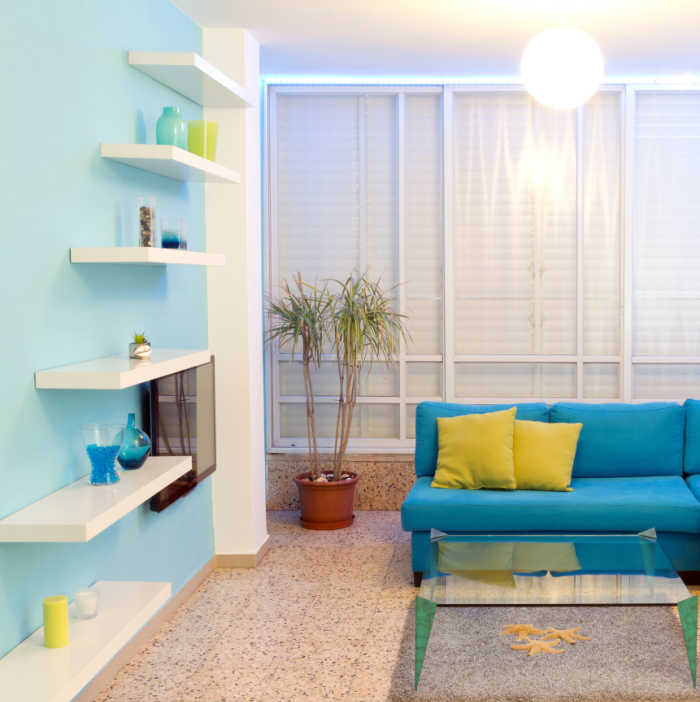 The color association with the Earth element is yellow, so you could decorate the center of your room in yellow, and have a square coffee table and shelving in your room.

According to the Chinese zodiac, the year that you were born my influence your personality. Animal traits and characteristics, the five elements and aspects of fengshui all play a part.

What year is your zodiac year? Do you believe in Chinese astrology?

Pin this post on the Chinese zodiac for later

Would you like a reminder of this post on the Chinese zodiac animals, and the natural elements? Pin this image to one of your trivia boards on Pinterest so that you can easily find it later. 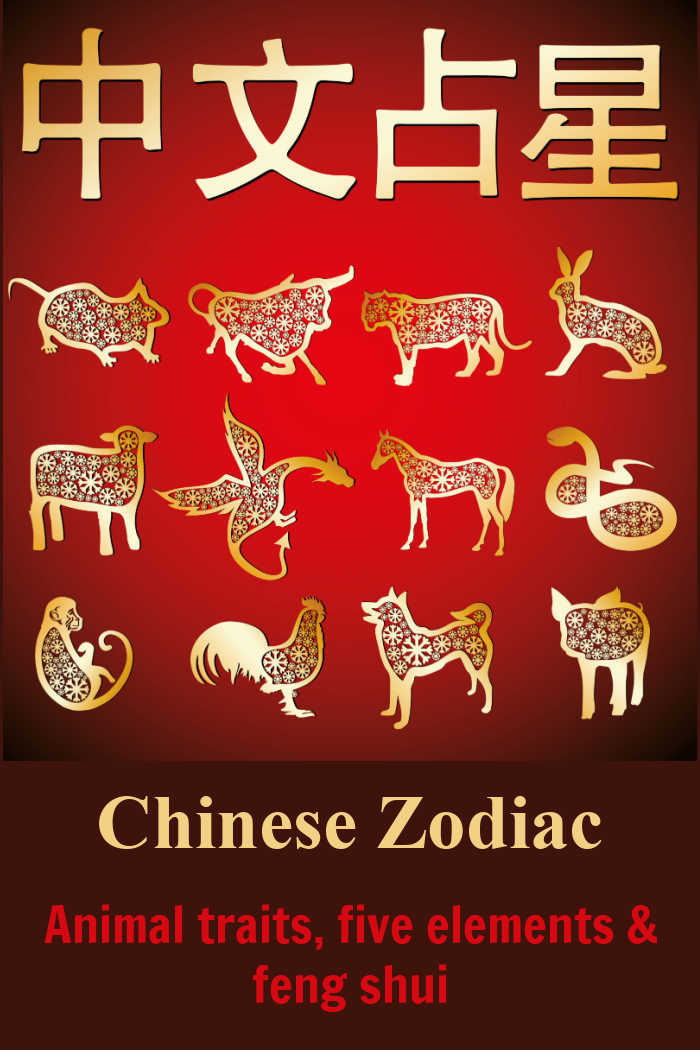