These candy corn pudding pops are a fun treat to make and are the perfect choice for those who love the traditional Halloween and Thanksgiving candy corn.

Fall is such a fun time of the year for spending time in the kitchen. It’s sort of a cross between cooking and crafting.

Did you know that October 30 is National Candy Corn Day? Find out all about these special days in my national days guide.

There are lots of fun food days in October like National Cake Decorating Day on October 10. Check out this post for some cake decorating tips and recipes. 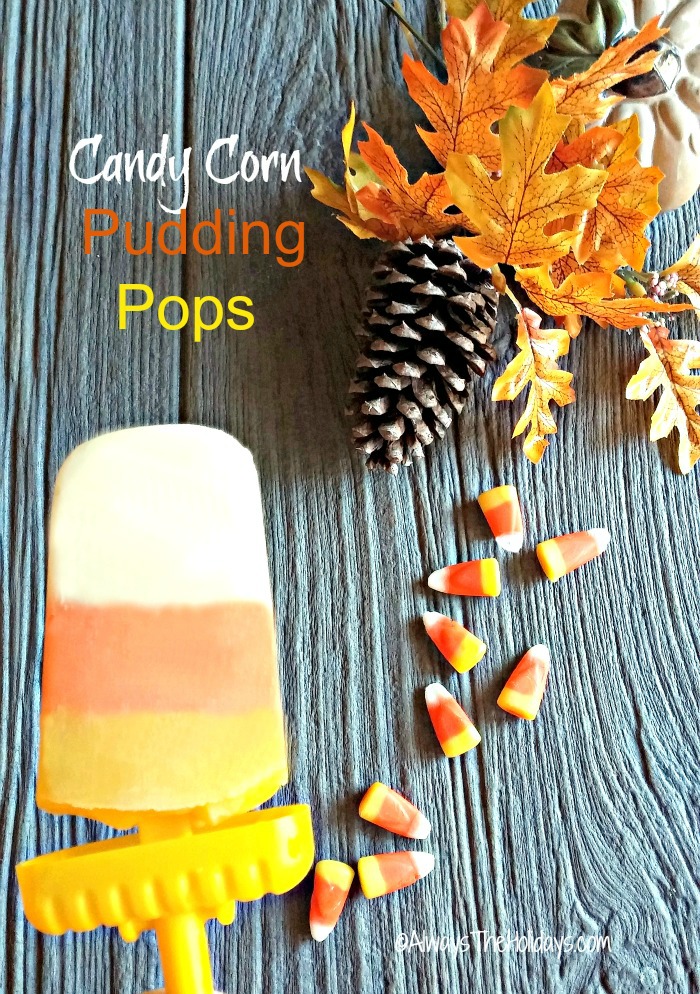 And for another frozen sweet treat day, be sure to have a look at National Frozen Yogurt Day.

For another fun Thanksgiving dessert idea, check out my teepee dirt cups and these candy corn turkey cupcakes. Both are also a delight and fun to make.

I love making home made popsicles using colors of the holidays. See my red, white and blue popsicles here.

Even though they are normally served during the early summer months, we often get hot days at the end of summer where these candy corn pudding pops make the perfect cool treat.

Candy corn is a favorite of many people during this part of the year. The colorful white, orange and yellow candy is sweet and often used in craft projects and cooking recipes. 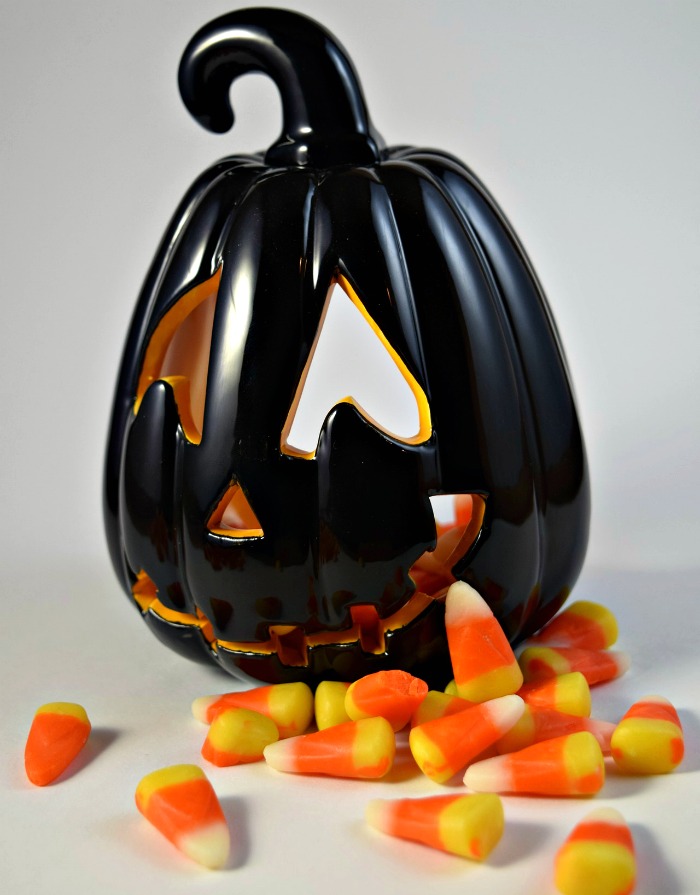 I found this recipe on Eighteen 25 and thought it would be really fun to make for the holidays.

All that you need for the recipe are a few supplies: 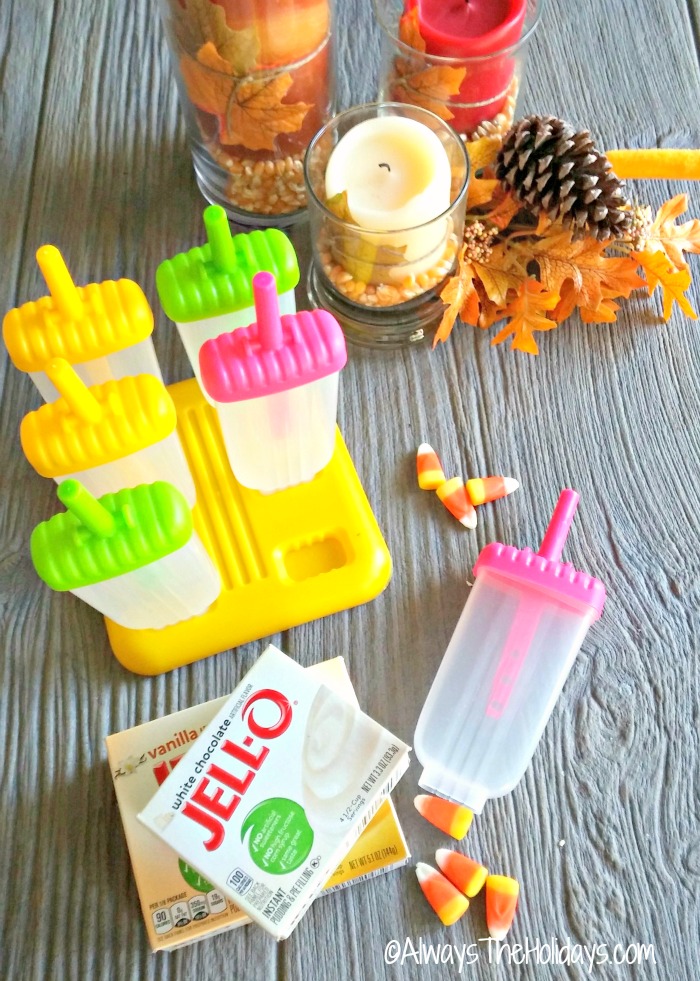 The main thing to keep in mind is to follow the guidelines here for the amount of milk. If you prepare the pudding according to the package directions, it will be more runny than you want.

Using less milk makes for a more solid pudding pop that is also creamier. Also note that almond milk will not set with instant pudding. (darn it all!)

Combine the white chocolate pudding mix and one teaspoon of honey in one bowl, and the vanilla pudding mix in large bowl and then divide it into two smaller ones. 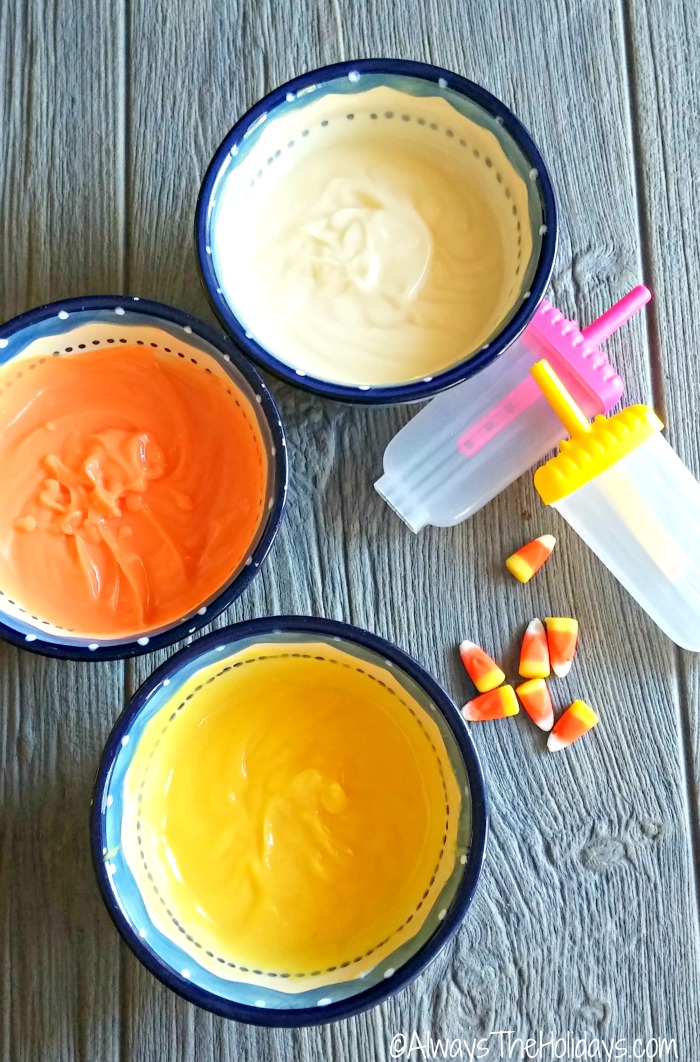 Now place the pudding mix into quart sized zip lock baggies and seal. You will be cutting the corner off each one to make it easy to add the pudding to the ice pop forms. 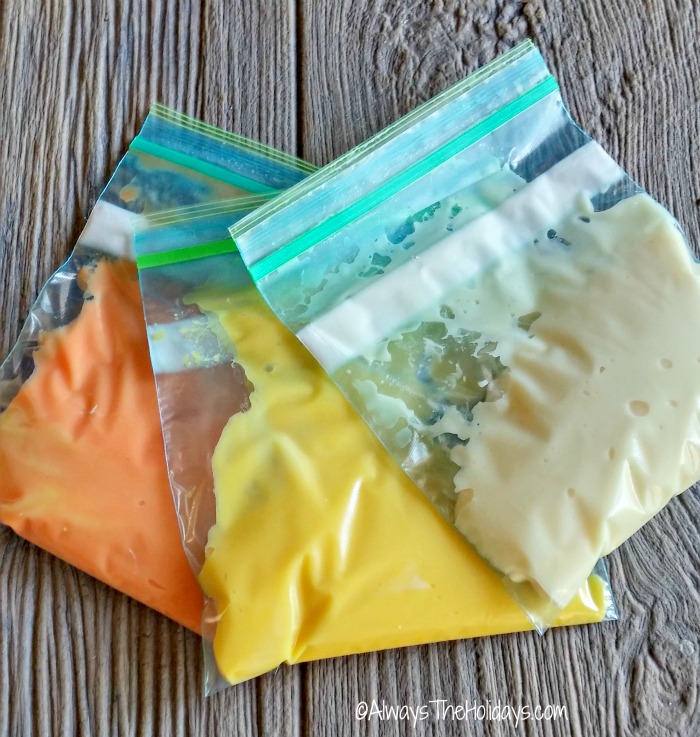 Cut the corner of the bag and carefully add pudding to the ice pop holders, first the white, then the orange and ending with the yellow pudding.

Between each color, tap the holders on the table so that it settles evenly. Go slowly, or you will end up doing a LOT of cleaning of the molds as you fill. (don’t even ask how I know this!)

I ended up with 6 large pudding pops and 5 smaller ones and a small bowl of pudding left over, just because I LIKE pudding…a lot…yum! 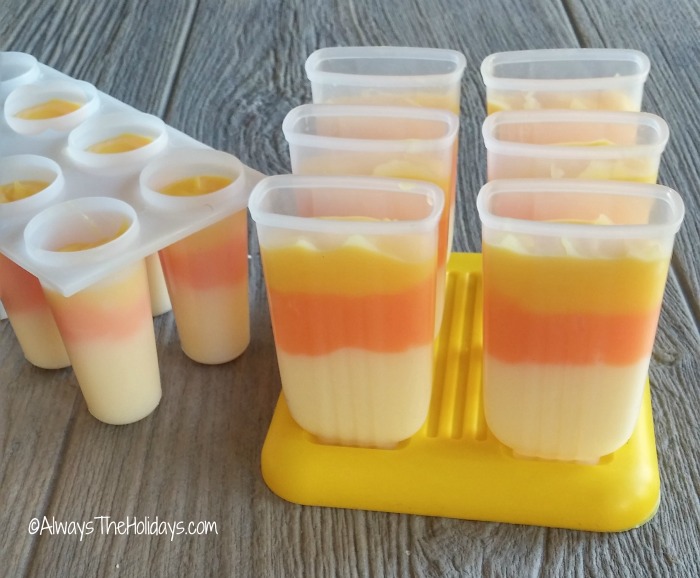 Put the pudding pop molds into the freezer and freeze them for about 3 hours or longer. 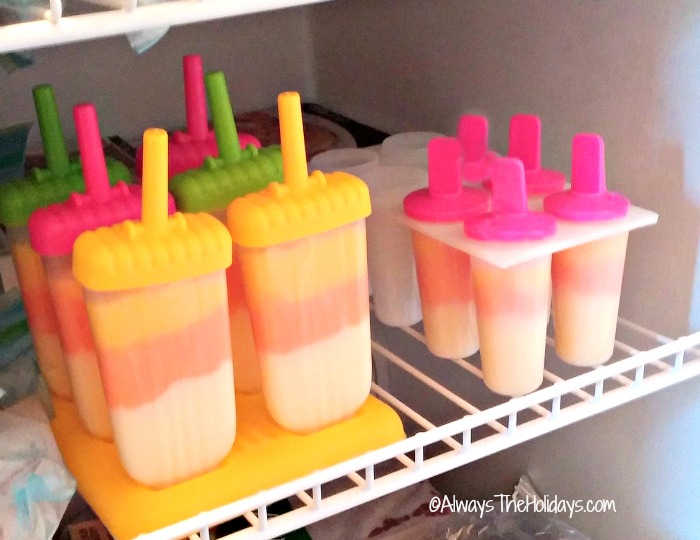 Once you are sure that they are frozen, run some very warm water on the outside of the mold so that the pops release. Fun, fun, holiday fun. The kids will love these! 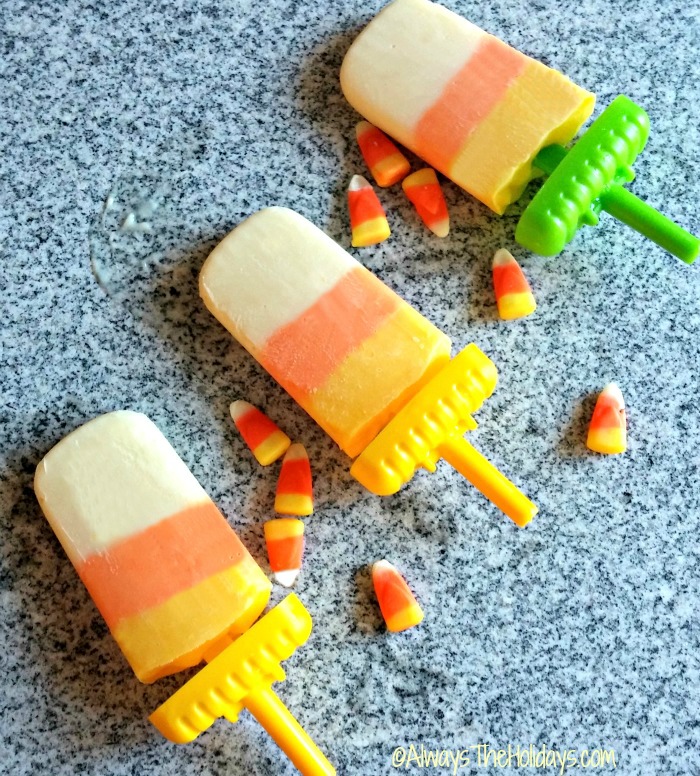 These candy corn pudding pops are creamy and not too sweet. The honey adds a nice touch to the flavor of each color. Perfect after school snack on a warm summer day.

Would you like a reminder of these fun fall treats? Just pin this image to one of your Halloween boards on Pinterest. 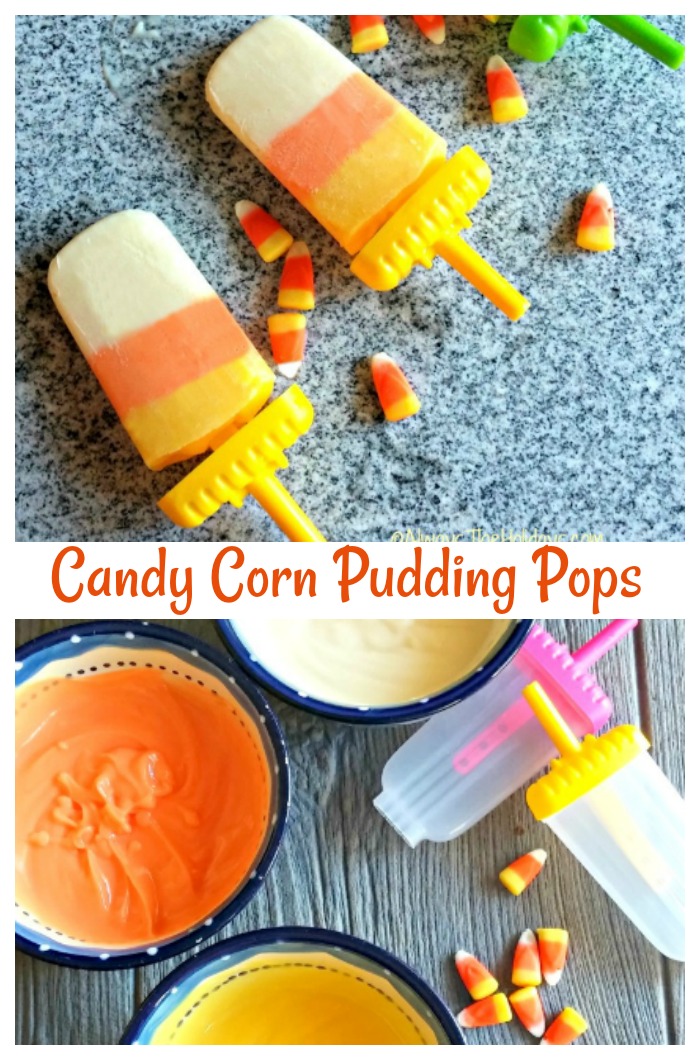 Admin note: This post first appeared on the blog in October of 2013. I have updated the post to add new photos, a printable recipe card and a video for you to enjoy.

What a great treat! Bet they are yummy! They turned out really pretty too! My grandkids would love these.

What a fun recipe to try for the kids!