April 18 is National Animal Cracker Day. In honor of the day, I thought it would be fun to celebrate this national day with some great tasting Animal Cracker Recipes.

Whipping up some of your favorite recipes for this food themed national day and sharing them with friends makes any celebration a cherished one. 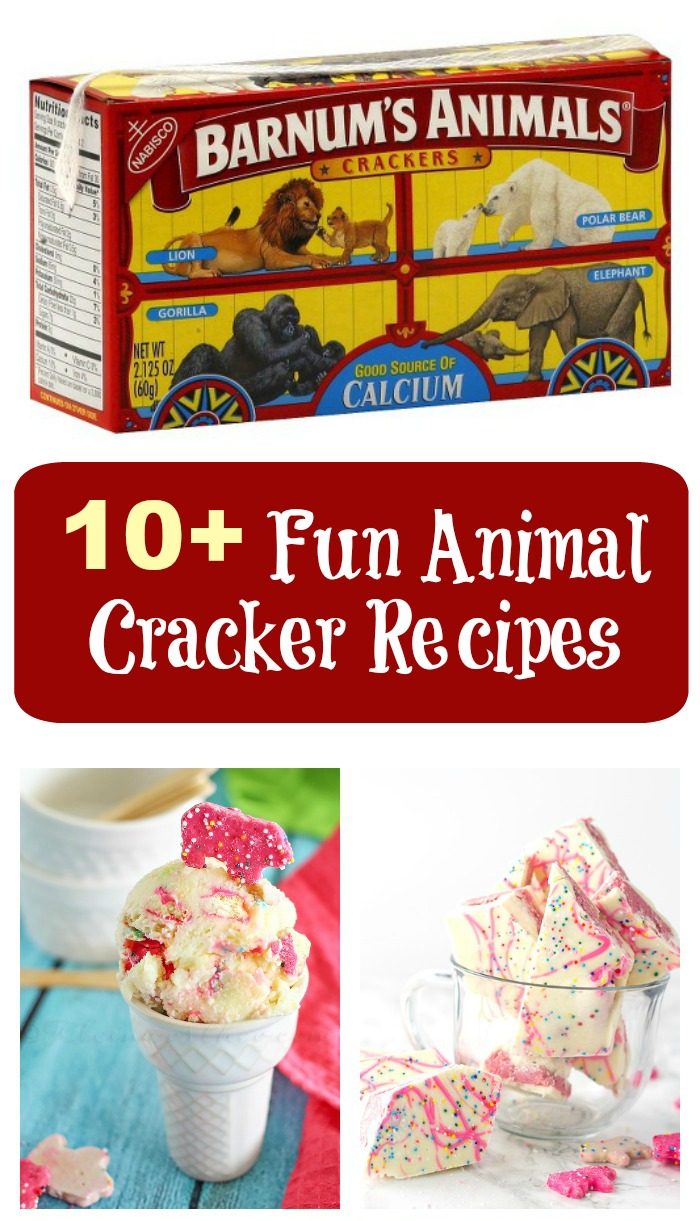 Which animal was your favorite? I found 17 different ones in my last package of animal crackers. I used to like the lion, but seem to gravitate towards the giraffe right now.

Animal crackers are one of life’s ways to let us be a kid again.

Remember when April the Giraffe was all over social media a few years ago? With everyone waiting for her calf to be born, so I bet many people chose giraffes as a favorite! 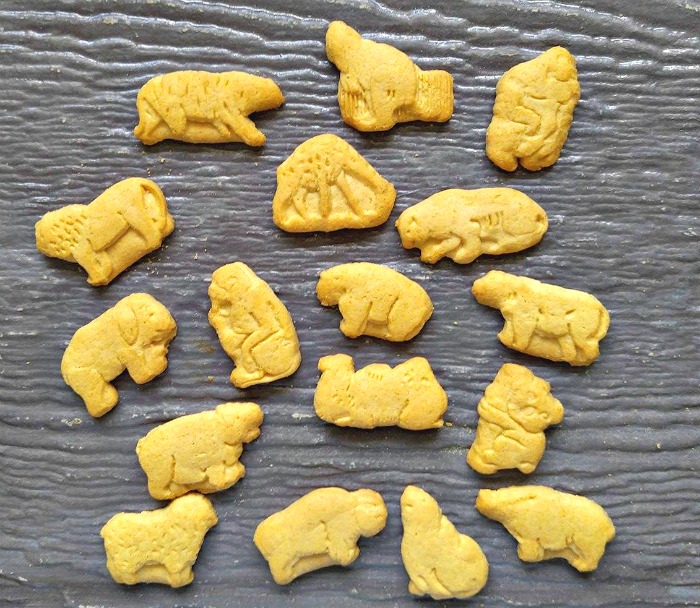 Animal crackers recipes can be made in all sorts of ways. Crush the crackers to use as a crust for bars, use them as toppings for cupcakes and other sweets, or even make your own home made animal crackers.

There are so many special days in the month of April to celebrate. Check out my list of April national days here. 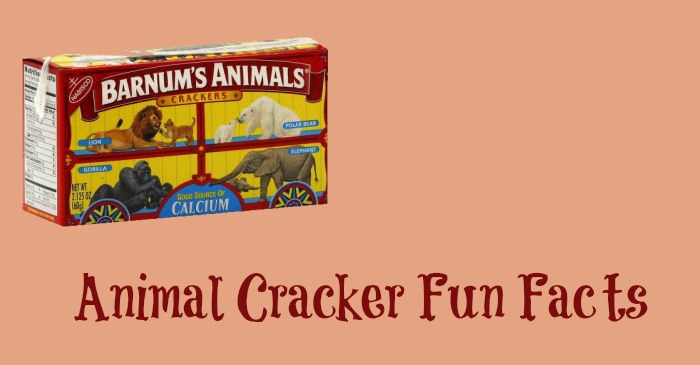 There are lots of fun ways to celebrate National Animal Cracker Day. Here are a few creative ideas.

These animal cracker recipes are fun, tasty and will delight both young, and young at heart. 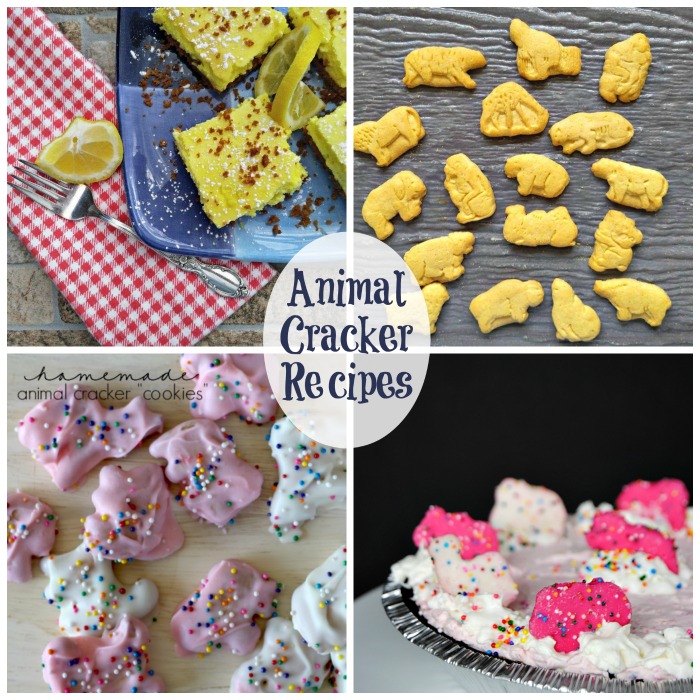 Lemon Cheesecake Bars with an Animal Cracker Crust. – This is a light, fluffy and tart dessert.

Animal Cookie Ice Cream – How about using your favorite cracker in some ice cream?

Circus Animal Cookie Cheesecake Pie – What better for a colorful cheesecake than these fun circus animals?

Homemade Animal Crackers – No need to buy them. Make your own!

Cinnamon Animal Crackers – These animal crackers have a cinnamon finish to them.

Paleo Animal Crackers – A few easy substitutes and your animal crackers fit in the Paleo diet!

Have you used animal crackers in cooking? What did you do with your tiny animals? Let us know in the comments below, and don’t forget to tell us which is your favorite!

Would you like a reminder of these recipes using animal crackers? Just pin this image to one of your cooking boards on Pinterest so that you can easily find it later. 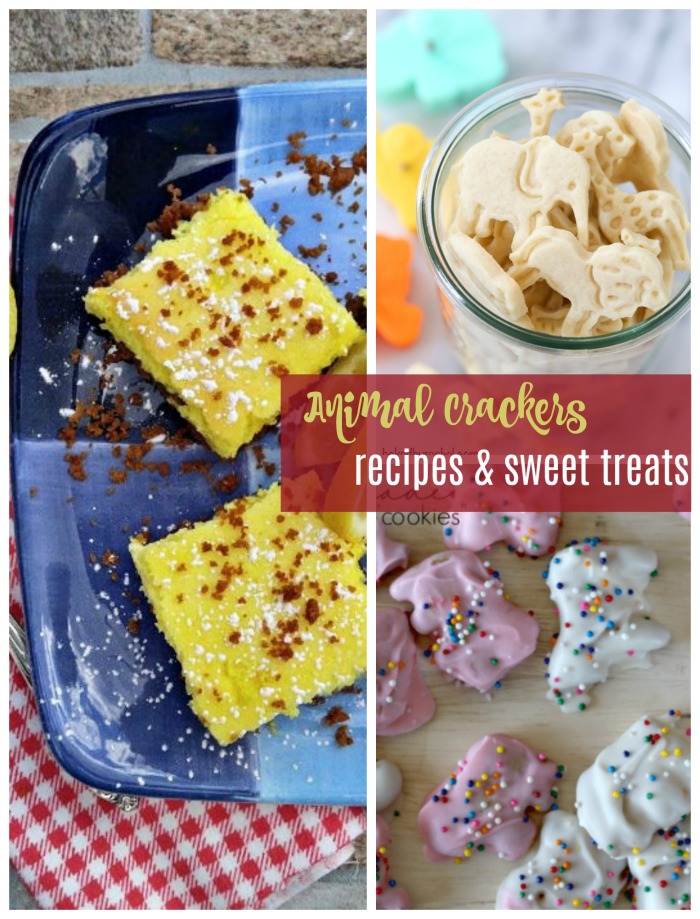 Admin note: This post first appeared on the blog in March of 2017. I have updated the post to add new photos and recipes plus suggestions for extra ways to celebrate.